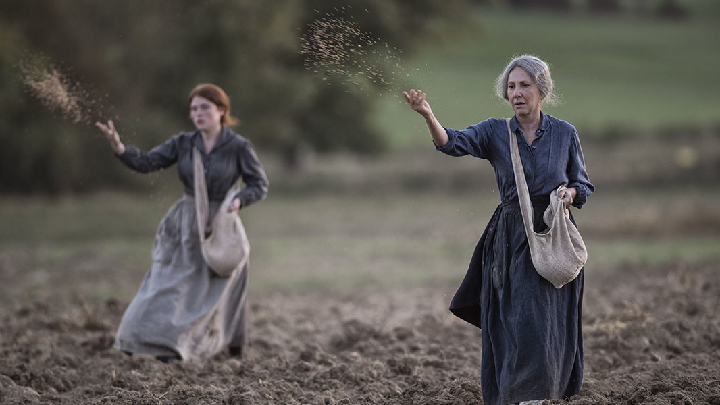 The Guardians is an intimate, elegantly made and quietly emotional family story filled with characters whose lives we sink into, feeling the hope, the sadness, the sorrow, and the joy right along with those on the screen. The setting is World War I, on the Paridier family farm. With husbands, sons, and brothers all shipped off to combat, it is up to the matriarch, Hortense Paridier, to run the show, plowing the fields and reaping the crops with the help of her daughter, Solange, and a brand-new farmhand, Francine, whom she brings on during the harvest season. Director Xavier Beauvois (Of Gods and Men) devotes significant screen time to depict the struggle of these while women while capturing the beautiful pastoral setting in richly composed widescreen. The Guardians is a serious-minded and powerful portrait of women getting by in a world where all the men are either gone or have gone mad. IMDB Link: https://www.imdb.com/title/tt6213362/?ref_=fn_al_tt_2