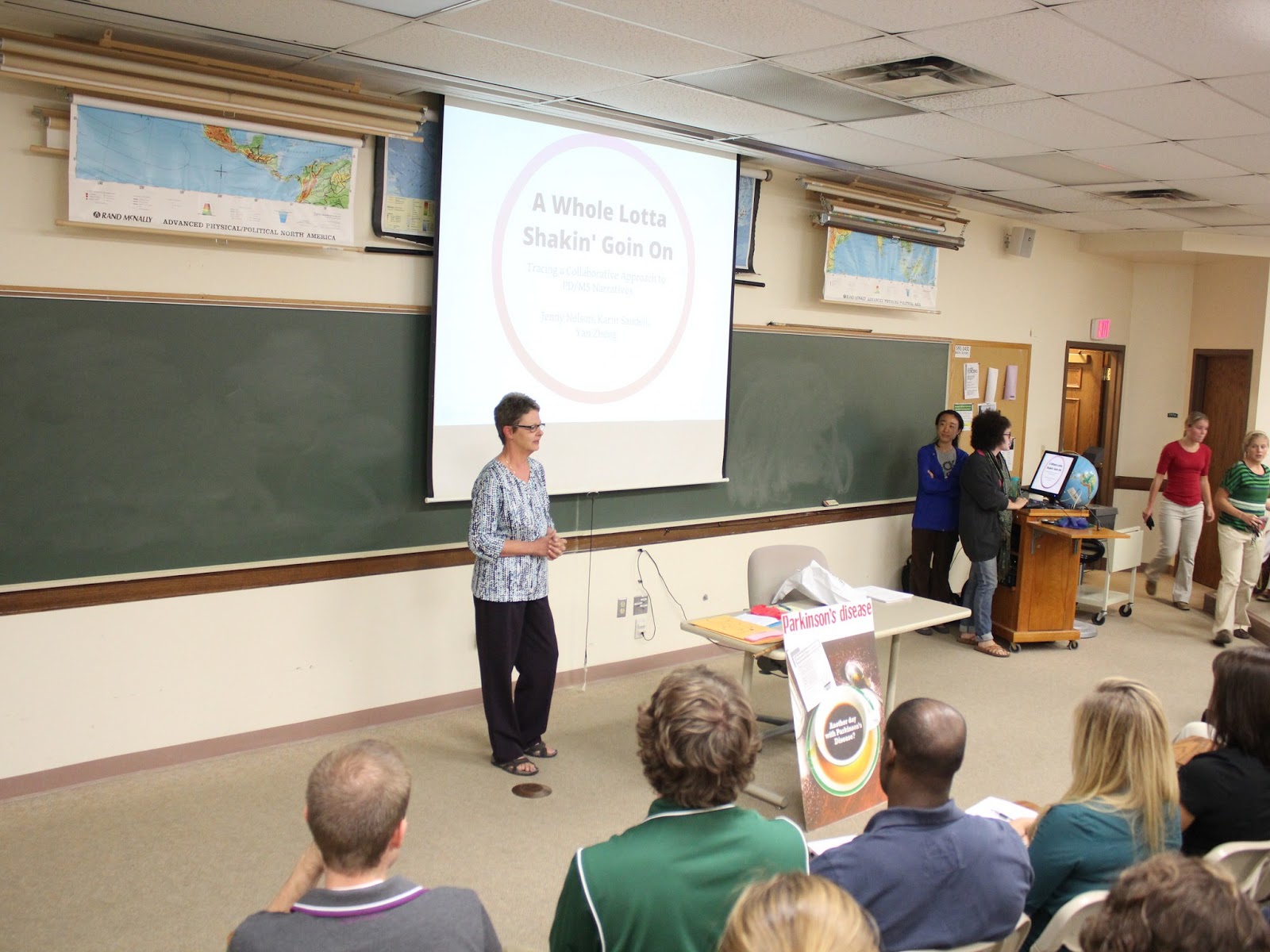 PD/MS Team on a Video Shoot 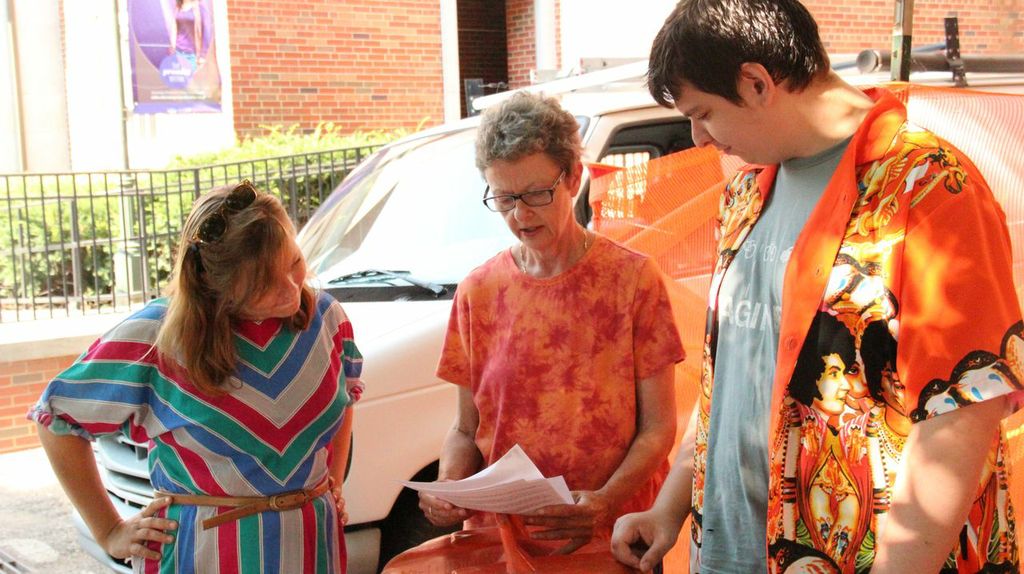 Published: November 18, 2014
By: Mary Lenard
Dr. Jenny Nelson's PD/ MS Narrative Project "looks at stories about, and by, people with Parkinson's Disease and Multiple Sclerosis from the patient's perspective: from the brain scan image at the moment of diagnosis to the scramble for information in books, websites, and blogs, to the unbidden images in film and TV." After Ohio University media scholar Jenny Nelson was diagnosed with Parkinson's herself in 2010, she began working with colleague Karin Sandell (who had been diagnosed with MS in 1991) to examine the misleading media narratives about these diseases. Nelson maps out these media narratives into three overlapping categories: Medical Discourse (pamphlets, websites, brain scans, diagnostic tests); Entertainment Discourse (books, blogs, TV, film); and most importantly, patients' own experiences coming to terms with all this conflicting information. The Project produces and collects videos of patients telling stories about their experiences—from "The Man With a Battery Operated Brain," a video of a man showing the effect of his Deep Brain Stimulation surgery on his Parkinson's symptoms, to "Judi's Hill," a video of a woman with MS maneuvering her wheelchair around the physical and mental obstacles she faces on a daily basis. Many of these videos are available on the PD/MS Narrative Project's website. Dr. Nelson's travelling multimedia presentation "A Whole Lotta Shakin' Going On: a Rhizomatic Approach to PD/ MS in the Media" has been given at many locations around the U.S. and is directed at three types of audiences:

UWP will be hosting Dr. Nelson's multimedia presentation next Monday from 11:00-11:50 AM in Molinaro 105. This event is free and open to the public. Dr. Nelson and her student Camilo Quintero Perez, a videographer from Colombia will also be featured in an informal conversation from 12:30-1:30 PM in the Library Lounge (Wyllie 247) about using video ethnography as a teaching tool. For more information on the PD/MS Narrative project, check out its website. The site contains an informative and often humorous blog and a video channel, as well as mini-biographies of the entire project team. For a taste, here is a link to "Jenny's Radar," Dr. Jenny Nelson's own video.