Imagine this scenario: The year is 1970 and you have just completed your Ph.D. from the University of Illinois Urbana-Champaign. You are ready for whatever challenge life may throw your way and are also looking for a job suited to your newly recognized and certified skills. You see an opportunity at a very young university that is just getting its athletics program going. It will be a tremendous amount of work and at times a thankless job but you decide that you will give it all of your effort and skill. How does this scenario play out for you? Do you become the athletics director and Physical Education Department chair for 20 years? Do you become the president of the NAIA and serve on the Olympic committee? Do you get a nationally recognized cross-country course named after you to honor your years of service and hard work? If your name is Wayne Dannehl then the answer to all of these questions is yes.

While UW-Parkside is celebrating 50 years of academic excellence, Ranger Athletics also has much to be proud of during the past half-century. Throughout the long and storied history of UW-Parkside athletics, few people have had more experience and influence than former UW-Parkside Director of Athletics Wayne Dannehl. Dannehl may be most well-known for the cross country course on campus bearing his name; however, the scope of the impact he has had on the athletics program and its continued success extends much further.

Dannehl, originally from Onarga, Ill., served as UW-Parkside's athletic director and Physical Education Department chair from 1972-1990. During his career, he led the Rangers in establishing a strong intercollegiate athletic program for both men and women. He was also very active in the NAIA. Dannehl became a member of the District Executive Committee in 1973 and served as district chair from 1976-1981. He was instrumental in establishing the District 14 Women's Division. He is responsible for designing and developing the UW-Parkside National Cross Country Course that opened in 1976. In 2001, the course was named in his honor. Among his many accomplishments are being the president of the NAIA in 1989-90, being named to the Wisconsin NAIA Hall of Fame and to the National NAIA Hall of Fame.

Dannehl finished his Ph.D. in 1970 at the University of Illinois Urbana-Champaign. He says that as a general rule people did not stay at the university from which they earned a Ph.D. and that UW-Parkside was more in line with what he was looking for ... except that the athletics program did not include football. Dannehl says he originally chose UW-Parkside because he needed a job. “I needed a job and this was perfect except I would have liked to have had football.” UW-Parkside provided much more than a job for Dannehl, and he more than repaid the university and the community with many years of excellent service that extends to this day.

Fortunately for UW-Parkside, Dannehl did not let the lack of a football team keep him from taking the job and performing at a very high level. He explains that there was a good reason the university did not have a football team: “The original concept, and part of the reason we didn’t have football, was that they were going to emphasize ‘Olympic sports.’ We actually were doing quite well in some of those things but we got several budget reductions and we lost staff,” he said. “That cost us swimming, fencing, and almost cost us wrestling.” 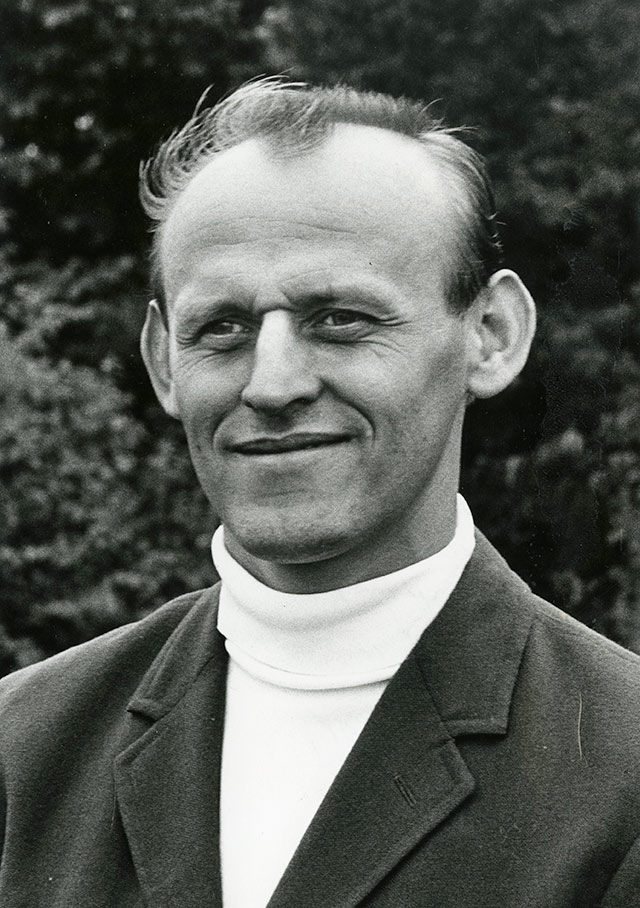 Dannehl has earned a permanent place not only in UW-Parkside sports history and tradition, but in the family that is the collegiate athletic community. He speaks fondly of the connections he has made at UW-Parkside and always enjoys getting to see other members of that exclusive family. Former wrestling coach Jim Koch, another UW-Parkside sports legend who died in 2017, was part of that exclusive group and his funeral at UW-Parkside provided a reunion of sorts. Although it was a sad day to say good bye to such a good person and coach it was an excellent example of the community uniting to honor a great and respected man. “I was astounded,” Dannehl says. “You know we had 18 guys win 20 something national championships and all of them were at the funeral except for one who had previously passed away. That was a wonderful reunion, and it was a wonderful reunion for me to see all those kids again.”

“Wrestling and track put us on the map nationally at least among smaller schools,” Dannehl says. “We didn’t have much trouble attracting kids to those programs, particularly wrestling. Wrestling was on a downslide for a while. People were dropping it. It was one of the sports that was getting the axe across the nation. So, in a way, that almost helped us because more good athletes became available. We had some really good wrestlers.”

Race-walking was important to the early establishment of UW-Parkside athletics. Bob Lawson was the track coach and a top-level decathlete. He credits Lawson with getting race-walking started. Lawson coached Mike DeWitt, one of the very first All-American race-walkers, and DeWitt eventually took over the coaching position. According to Dannehl, four or five athletes made the Olympic team a total of eight times in race-walking.

Dannehl recalls that one of the early obstacles they had to overcome was lack of space. Early on the decision was made to build a swimming pool instead of a fieldhouse because university leadership they felt they could always get a field house and adding a swimming pool was not something that was done very often. “We had less room than Tremper High School,” Dannehl says. Times have changed and Dannehl says he is very impressed with today's UW-Parkside Sports & Activity Center. “The building looks great,” he says. “Just fantastic. I am so impressed.”

UW-Parkside’s early roster of members of the Athletic Department is full of influential and prolific coaches. When asked how UW-Parkside managed to get all of these great coaches Dannehl replies, “We were just fortunate at making the right selections.”

Anyone who was involved in the athletic community for as long as Dannehl inevitably has stories of meeting famous people and athletes. He says that UW-Parkside provided him with some of these stories through his involvement with the NAIA and the Olympic Committee. “When I got here I became chairman of NAIA District 14, which was all the Wisconsin state universities. And from that I ended up getting elected to the NAIA National Executive Committee and I ended up being NAIA president,” he said. “It was nice to chat with some of those heavyweights of the world including New York Yankees owner George Steinbrenner.” Because of this connection to the Olympics, Dannehl says he always has a special interest in the games.

Dannehl's many years of faithful and productive service have not been ignored or forgotten. Nor will they be anytime in the near future. UW-Parkside recognized Dannehl and all he did for the athletics program by naming the cross country course after him. Dannehl is very thankful and humbled by the honor. “The last thing in the world I thought would happen is something like that,” Dannehl says.

He happily reminisces about the beginning of the cross country course and how its existence and layout came to be. He says runners originally started at the original Sports & Activity Center building, cross highway JR and then run the trail. But there was no starting line. “That whole thing was a clover field," Dannehl says. "A farmer was farming it and paying us rent for it.” The course quickly blossomed into a great opportunity for Ranger Athletics for revenue and name recognition.

Dannehl fondly recalls the establishment of the course as the National Cross Country Course. “Vic Godfrey, our cross country coach, went to the NAIA Nationals in '80, the year we won it, our first national championship," Dannehl says. "The NAIA was looking for a site and Vic said, ‘We’ll do it!’ He didn’t mention anything to me. When he got home I was all excited and he said, ‘Oh, by the way, we have to run the thing next year.’”

The Rangers’ cross country course has long been a great source of recognition and involvement. Dannehl estimates that more than 20,000 runners have been here for the Footlocker Cross Country Midwest Regional race alone.

Dannehl says that because everyone wanted to run on the new course, two new races were created: created: The Midwest Open, now named the Vic Godfrey Open, and the Parkside Invitational, now named the Lucian Rosa Invitational. “We got all kind of teams to come to those because they wanted to be on the course where the nationals were held," Dannehl says.

Those two meets were very large. According to Dannehl, they were even bigger than the nationals. He noted some other events that have helped get UW-Parkside recognized over the years. The Footlocker Cross Country Midwest Regional race and the Wisconsin State Private High School Championships brought everyone from Wisconsin to campus. UW-Parkside hosted the high school event for more than a decade, and still hosts the Footlocker Cross Country Midwest Regional race.

Dannehl says the monetary gain from the course was also important. “It was a pretty good source of income for us," he says. "We ran what is now the U.S. Track and Field meet, the men’s and women’s national championship for America.

“We made a lot of money on the sale of T-shirts and stuff like that," Dannehl says. "In fact, we probably made as much on concessions, particularly when we named it the National Cross Country Course. People wanted one of those shirts because you couldn’t get those anywhere else. I’ve had people come up to me and say ‘hey, I saw that shirt in a movie.’”

Most certainly, Dannehl had a large number of enjoyable experiences during his career at UW-Parkside. The event that stands out was when UW-Parkside played spoiler to UW-Eau Claire’s national tournament run in men's basketball. “I enjoyed very much stopping Eau Claire’s winning streak in basketball going to the NAIA Nationals. They had a four or five-year streak and we stopped them. Then we went four times in a row,” he says.

Dannehl enjoys having the cross country course named after him, but maybe not for the reason one might think. It helps people he has known over the years find him and see what he has accomplished in his life. “Every once in a while one of the kids I knew in college or in class or in high school, they say, 'Hey, I Googled your name the other day and there are 100 million releases from athletic teams about coming here to run and it says we’re going to run at the Wayne E. Dannehl National cross country course,'" Dannehl says. "It pops up all the time. I get a kick out of it.” 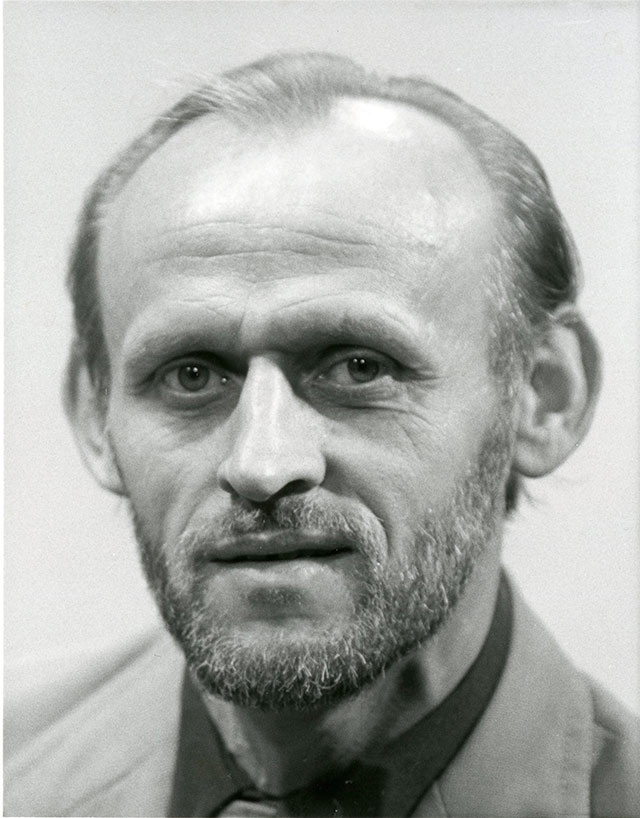