Parkside is a student-centered university offering undergraduate, graduate, and associate degree programs. Our students' success is our success.

We major in you. 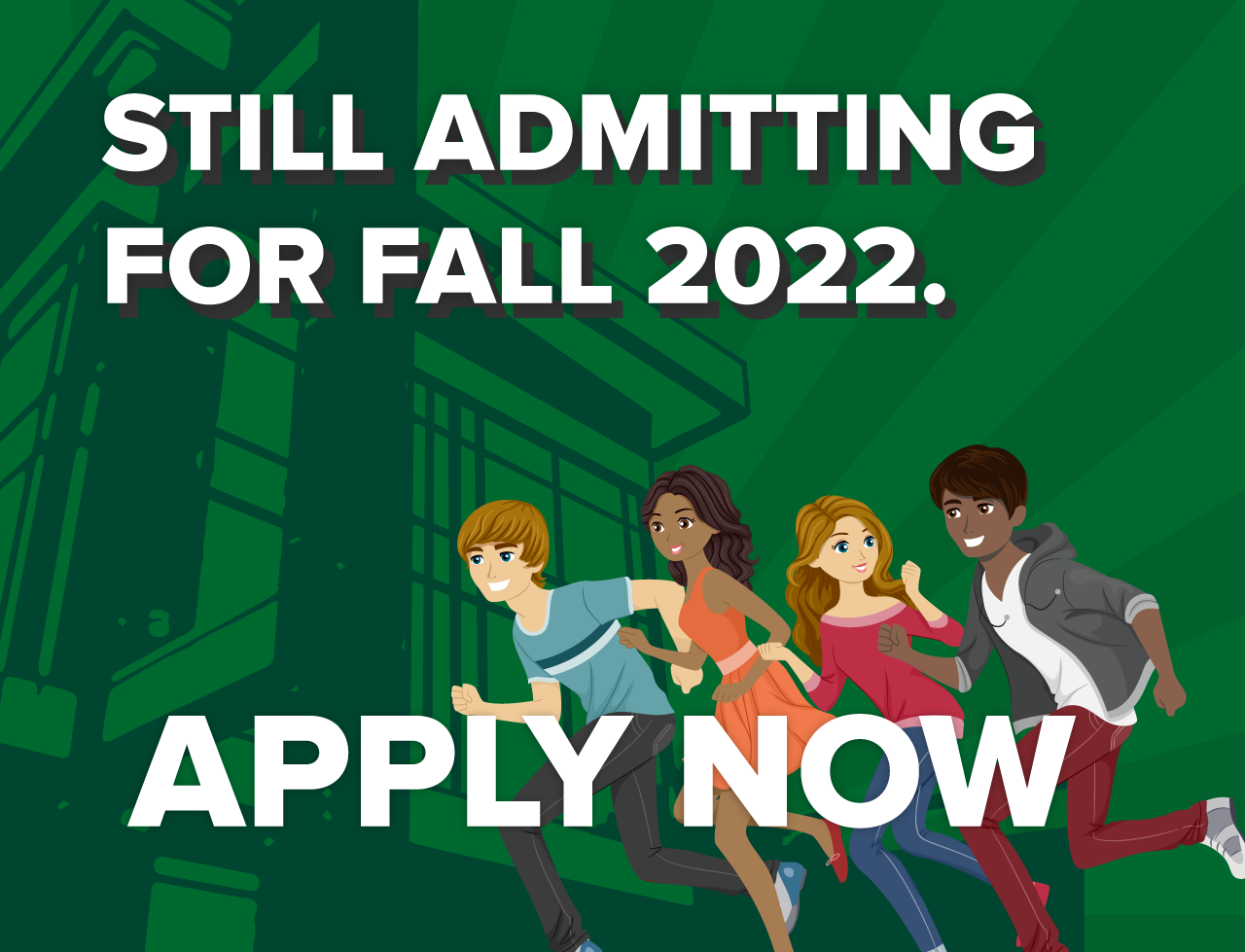 TO SUPPORT OUR FUTURE RANGERS

Choosing a college is all about the fit – with the people, place, and programs. At Parkside, you’ll find challenging academics, a diverse student body, a beautiful location, a variety of activities, a mix of online and in-person classes, and faculty and staff who want to help you succeed. Find out why Parkside is where you belong!

Already admitted, or applied, to Parkside?

Get registered for classes at Transfer One Stop! You'll also be able to get your student ID, parking pass, and learn about housing.

Even if you haven't been admitted yet, you can come too! Bring your official college transcripts and get an on-site admissions decision and potentially enroll in classes too!

Alan Goldsmith’s art reflects his varied and fascinating life. He has exhibited at Wisconsin museums in Kenosha, Racine, Madison, Green Bay, Milwaukee, and Appleton, among other state and national exhibitions. Travel, specifically his lifelong passion for the study of all things Egypt, influences his work. Beyond Egypt, he spent time in England, France, Germany, China, the former USSR, Egypt, Turkey, and Croatia. At Parkside, Goldsmith taught graphic design, web design, package design, typography, digital photography and computer illustration. He retired as Professor Emeritus in 2011.

The full Alan Goldsmith Memorial Exhibition opens July 20. This preview is on view now through July 6.

Join us for the Parkside Men's Soccer home opener against the Quincy Eagles. Come cheer on your Rangers at Noon! It's Bark in the Park so bring your furry friends (on a leash) and cheer on your team.

Join us for a free dance performance by Folklórico Mahuatzi de Ciudad Juárez on the Main Stage of the Rita.

Under the direction of Maestra Cinthya Angélica Perea Gallardo and artistic direction of Maestro Sergio Eduardo Perea Gallardo, Folklórico Mahuatzi de Ciudad Juárez is one of the greatest proponents of the Mexican folkloric dance tradition. Over the last 12 years, as an independent group and comprised of 100% Juarense performers, they have taken the pride of being Mexican to every venue where they have performed.

Folklórico Mahuatzi de Ciudad Juárez has participated for the last 7 years in “Mexican Fiesta,” one of the largest Hispanic heritage celebrations in the United States held annually in Milwaukee, Wisconsin. They were also invited to represent the state of Chihuahua at the 2nd “Festival Alma de México” which took place at the majestic Teatro Degollado in Guadalajara, Jalisco.

This community event is hosted in partnership with the Wisconsin Hispanic Scholarship Foundation, Inc.

Office of Admissions; College of Arts and Humanities
The Rita Box Office
boxoffice@uwp.edu 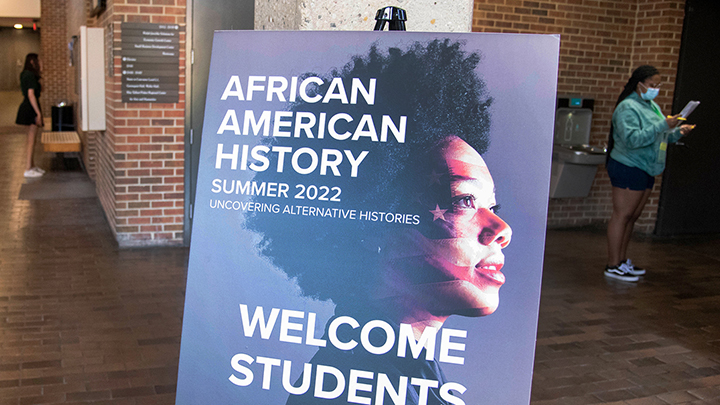 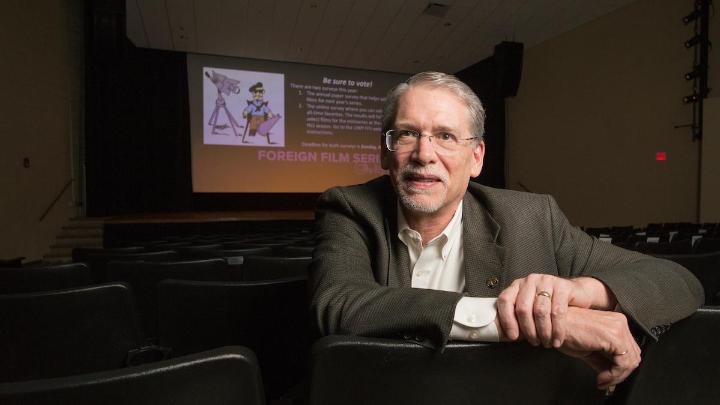 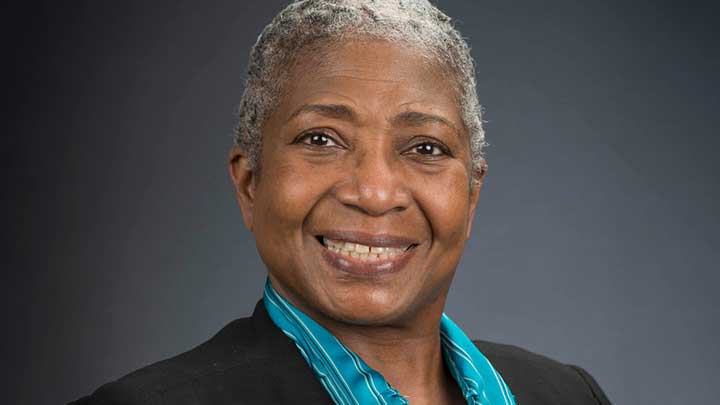 Adrienne Stiger: Shares her nontraditional journey to a Parkside degree

Whether you’re coming to campus knowing what you’d like to study or you’re undecided, we’ll help you find the academic area that best suits you. And, once you find your fit, the knowledge and skills you develop will lead to career success and satisfaction. 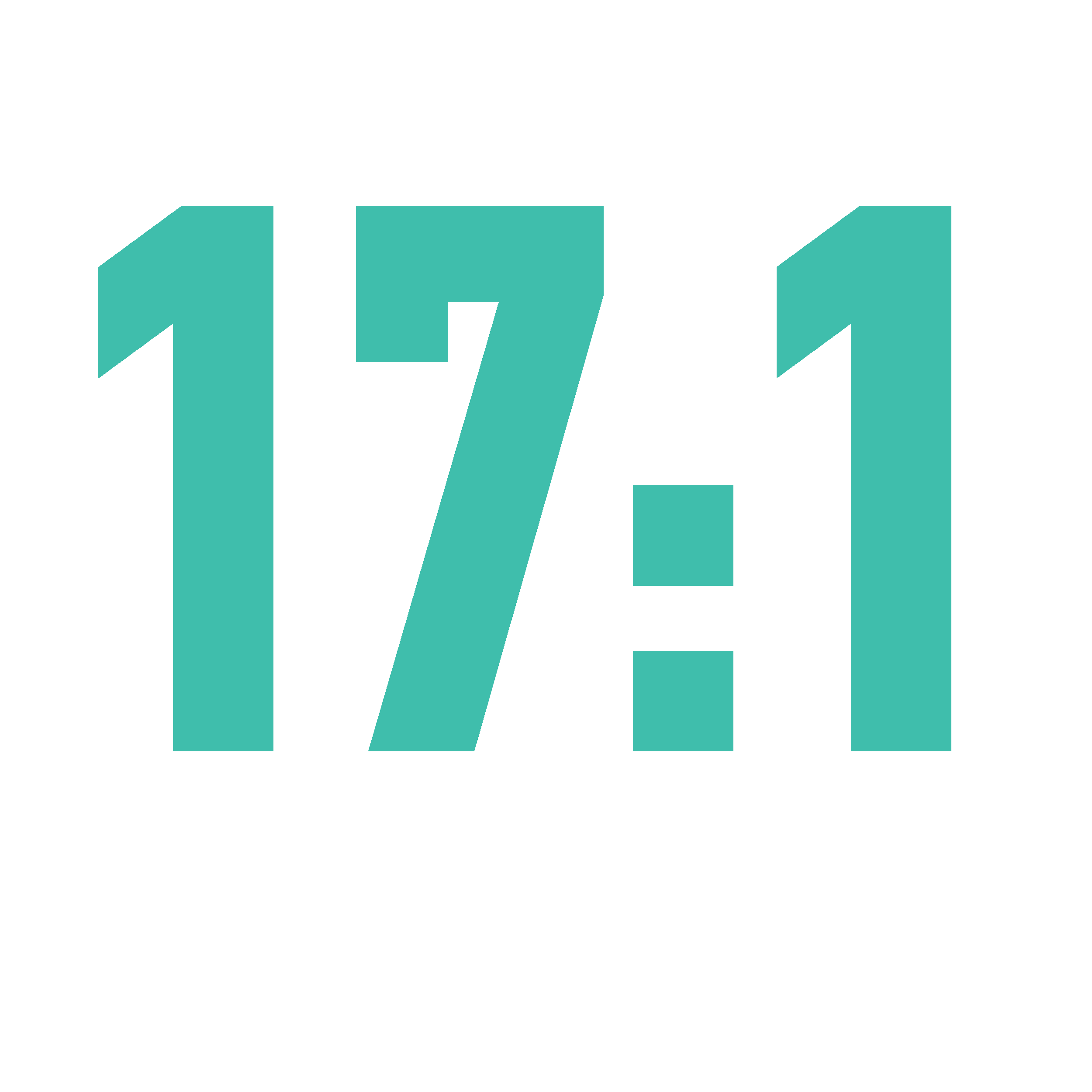 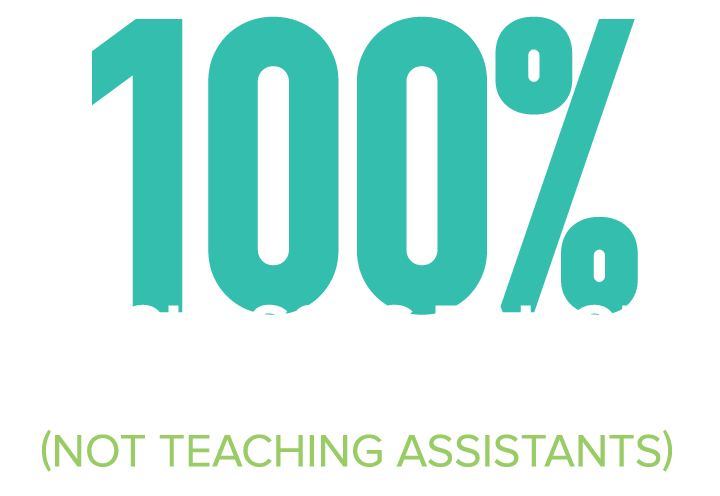 ADD A LITTLE ADVENTURE to your education! At Parkside, you'll have plenty of opportunity to grow your professional skills, while you develop into your best you. 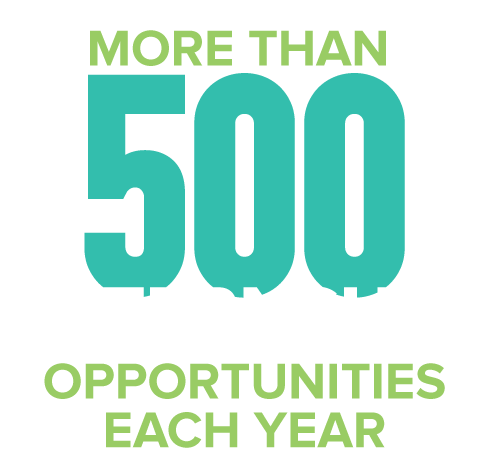 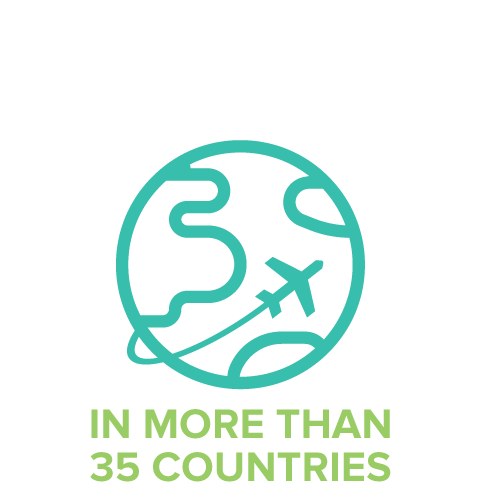 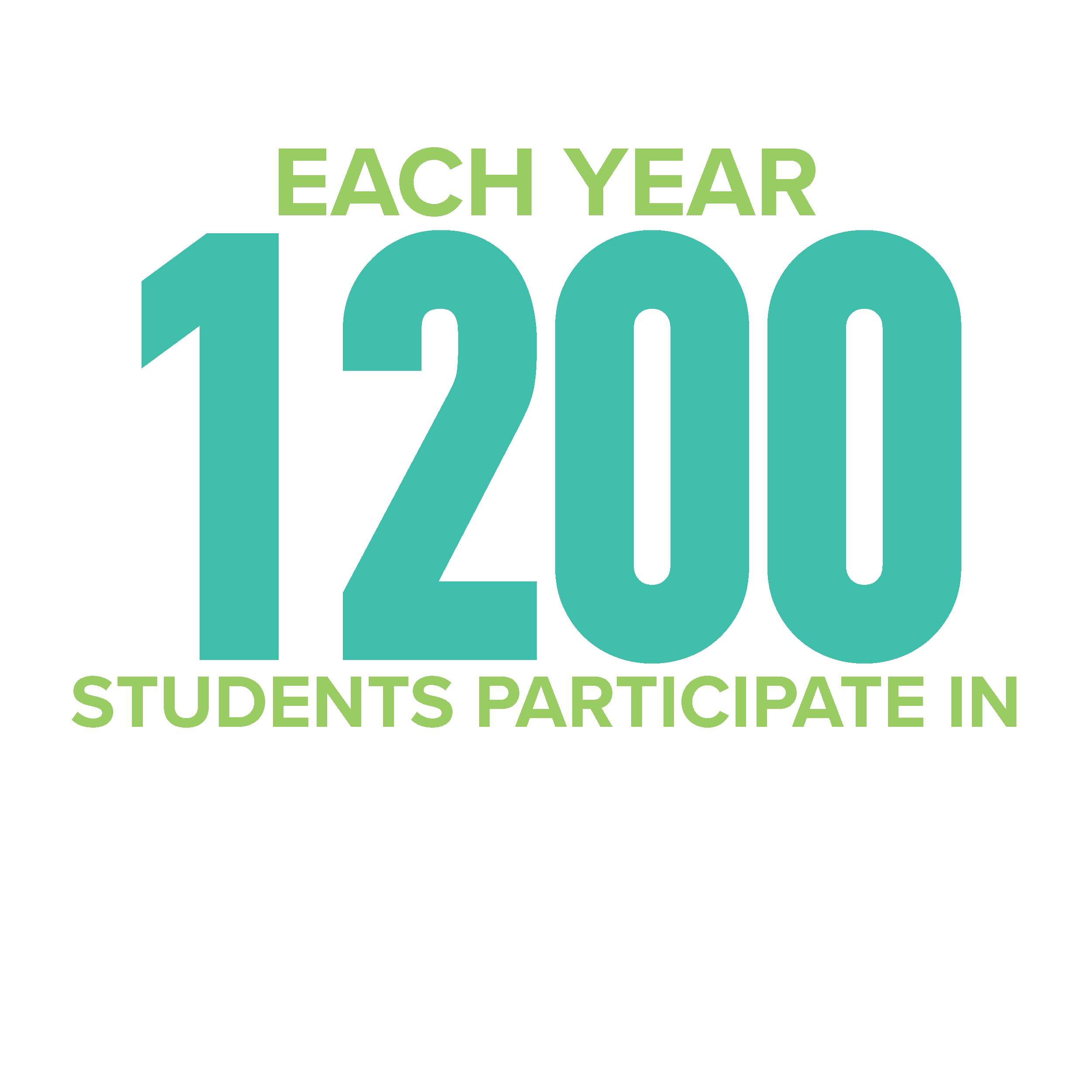 The only NCAA Division II
Athletic Program in Wisconsin 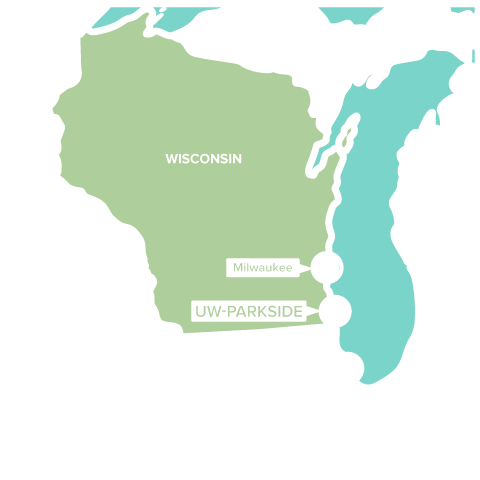 Not only does our campus offer natural beauty in a park-like setting near Lake Michigan, it’s also located in the epicenter of the mega region between two of the Midwest’s most exciting cities. Explore the amazing cultural, social, and educational opportunities these cities provide to enhance your overall college experience!

LIVING ON CAMPUS in residence halls, apartments, or suites puts you right in the heart of the Parkside community -- minutes away from every building and activity on campus. Plus, by living with other students, you’ll be ready to make positive connections, have friends readily available down the hall, and enjoy sharing community events.

STUDENTS WHO LIVE ON CAMPUS TEND TO HAVE A… 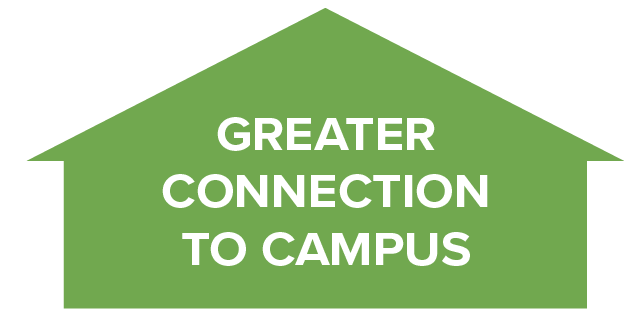 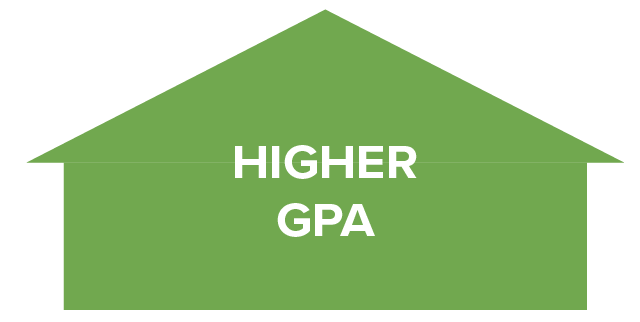 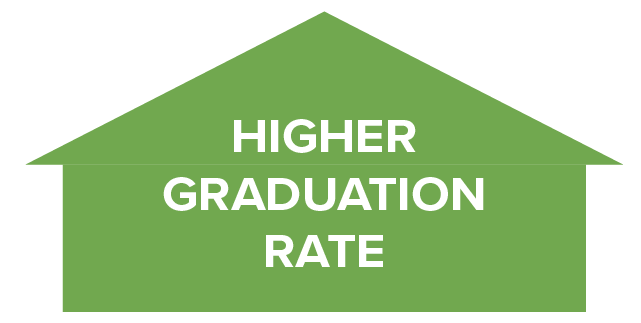 A GREAT INVESTMENT At Parkside, you’ll receive an excellent education at an affordable price – our tuition rates are the lowest in the UW system!

SCHOLARSHIPS We also offer a wide variety of scholarships and grants to help offset the cost of your education. Each year, we award deserving students more than $600,000 in scholarships.

Our tuition and fees are the lowest of any four-year accredited university in the state of Wisconsin.

Take a look at what going to Parkside will cost you.

LIFE BEYOND THE CLASSROOM at Parkside offers multiple ways to get involved, gain leadership skills, and make a positive difference. You’ll find over 70 student organizations and intramural and club sport teams. Add skills, new people, and a good dose of fun to your Parkside experience by getting involved.

There are plenty of entertaining activities that take place right on campus, including theatre productions, concerts, speakers, movies, DJs, comedians, gallery openings, and so much more ― often for free or reduced prices, for our students. Let us entertain you!

Words and pictures can’t fully explain the Parkside experience. To better understand what it means to be a Parkside student – and graduate – you need to see campus first hand! When you plan your visit, leave time to visit the art galleries, grab a snack in the Brickstone, or play a round on our beautiful disc golf course. Campus visits are available year round.

Parkside recruits graduates! Gain valuable knowledge and experience as you become the best version of yourself, ready to take on the world. Get started today!