Performances will be livestreamed during Spring 2021 semester.

The story is derived from the fairy tale Cinderella, particularly the French version Cendrillon ou la petite pantoufle de verre, by Charles Perrault. The story concerns a young woman forced into a life of servitude by her cruel stepmother. She dreams of a better life, and with the help of her Fairy Godmother, Cinderella is transformed into an elegant young lady and is able to attend the ball to meet her Prince. In this version, however, she opens the Prince's eyes to the injustice in his kingdom.

Virtual tickets are free and must be requested.

Cinderella is presented by arrangement with Concord Theatricals on behalf of The Rodgers & Hammerstein Organization. concordtheatricals.com

The UW-Parkside Theatre Arts Department is excited to invite future theatre students, high school classes, and other groups to a complimentary livestream matinee and talkback!

We offer a digital study guide in advance of the matinee and a virtual talkback immediately following the performance. During the talkback, your students will hear from theatre arts students, the director, members of the creative team, and a special guest. Plus, they'll get an exclusive early introduction to new faculty in the Musical Theatre concentration that begins Fall 2021.

Cinderella is presented by arrangement with Concord Theatricals on behalf of The Rodgers & Hammerstein Organization. concordtheatricals.com

RACHAEL SWARTZ (Director) is a Milwaukee/Chicago based actor, director, vocal coach and educator. She teaches Musical Theatre, Acting for the Camera, Voice, Movement, and Text Analysis at UW-Parkside and serves on the acclaimed Acting/Musical Theatre Faculty at Interlochen Center for the Arts in Michigan. Proud union member of both Actors' Equity and Stage Directors and Choreographers Society. Regional performance credits include: The 39 Steps (Annabella/Pamela/Margaret), The Sound of Music (Mother Abbess), and Romeo and Juliet (Nurse). Recent on-camera credits include work with the Travel Channel, ID, Oxygen and TV One. She previously served as Education Director at Maples Repertory Theatre and The Clinton Area Showboat Theatre, Education Associate at Greenbrier Valley Theatre, and Director of Theatre Arts Camps at The Lost Colony. She is a member of the Musical Theatre Educators’ Alliance, Voice and Speech Trainers Association, and Dueling Arts International. Through the Lessac Training and Research Institute, she has achieved Lessac Practitioner standing and has been accepted to their Certified Trainer program. She has served as a voice, dialect, and text coach for productions in the U.S. and Philippines.

BRANCH WOODMAN is an original Cinderella Broadway cast member (ensemble/US Pinkleton and Sebastian). Branch additionally performed the role of Lord Pinkleton in the national tour. Branch’s other credits Broadway include Hello, Dolly! with Bette Midler, Priscilla Queen of the Desert, Bye Bye Birdie, and Crazy for You.

RYAN CAPPLEMAN (Choreographer) is a performer, choreographer, musician, and teaching artist in the Milwaukee area. As a choreographer, he has earned three Footlights Awards for Outstanding Choreography (Hairspray, Sweeney Todd, and Pirates of Penzance at Skylight Music Theater), as well as numerous Jerry Awards for his work with many area high schools. Other places of Ryan’s dance related work include Danceworks, Minnesota Conservatory of the Arts Summer Dance Intensive, Virginia State Thespian Conference, Wisconsin Dance Council, Milwaukee Ballet, Marcus Center, and the Overture Center. Cinderella was the first musical he ever choreographed, and he is so excited to revisit it with Rachel! For his two princesses, Iggy and Dolly.

JAVAR LA'TRAIL PARKER A native of Mansfield, Ohio, Javar began his professional acting career at the age of 17. He is a proud graduate of the nationally renowned Baldwin Wallace University Conservatory of Music Music Theatre program. During his career, Javar has worked throughout the United States, Canada, and UK. West End credits include Showboat (an Olivier Award nominated production) and Jesus Christ Superstar (Simon Zealot cover). Additionally, Javar has performed in the national tours of Rent as Benny (Roger/Collins Cover) and Seussical (Wickersham Brother), and a host of regional theatre throughout the US and UK. He has also been a featured soloist for Leonard Bernstein’s Mass, performed at London’s Royal Festival Hall with conductor Marin Alsop.  Javar also holds a Master of Arts in Music Education from CUNY-Hunter College.

Virtual tickets are free and must be requested. Requests will be granted in the order they are received until the maximum number of virtual guests has been reached. You will receive a confirmation that your request has been received. A link to the performance, and any necessary instructions, will be delivered prior to the performance.

Immediately following your ticket request, you will receive at least one email with a link and instructions delivered to the email address entered on your request. In some cases, a password will also be provided.

If you do not see the email, please check your junk, clutter, or promotions folders. Sometimes our emails are routed there by your email service provider.

If you still do not see the email, you may want to submit a new request. Be sure to correctly enter your email address. Unfortunately, addresses entered incorrectly will not result in a successful delivery of our email. You may wish to try an alternative email address.

If you are still having difficulties, please reach Misti Bradford for additional assistance: bradford@uwp.edu

Please note that all ticket sales are final and that we do not provide refunds nor guarantee exchanges. We will do our best to exchange individual tickets for other concerts/productions but can make no promises that alternate ticketing will be available. 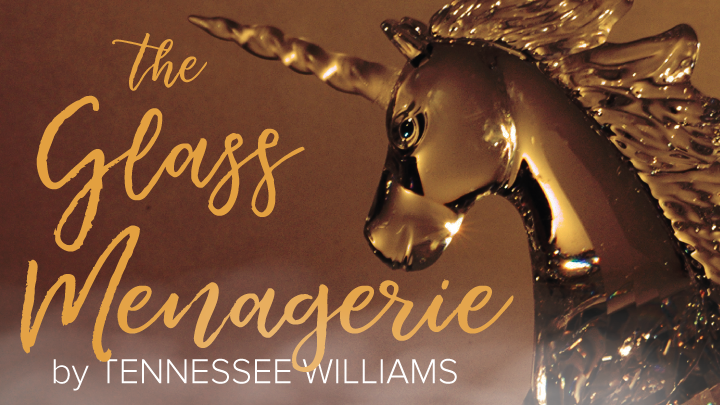