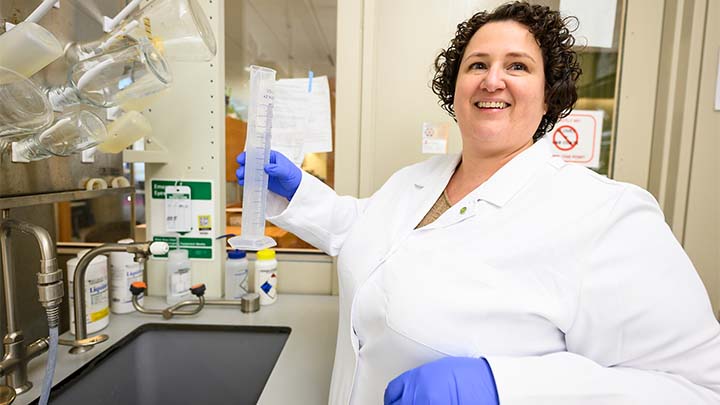 Kirstan Gimse knows about second chances. The University of Wisconsin–Madison graduate student describes her road to higher education as long, winding and not at all typical.

“I hope my story can help other people who struggle with feelings of self-doubt and encourage them to keep reaching towards their dreams,” says Gimse, who will be the student speaker at winter commencement on Dec. 18.

The student speaker for winter commencement is chosen by the senior class officers in collaboration with the Chancellor’s Office. All winter graduates were eligible to apply.

Gimse, born in Michigan’s Upper Peninsula, moved with her mother and older brother several times as a child, first to Minnesota, then Wisconsin and then back to Michigan. At 17, she dropped out of high school due to personal struggles. After earning a GED, she worked for a decade as a waitress, a bartender and a childcare teacher.

Gimse credits one of her restaurant customers with inspiring her to apply to college. The customer, a chemistry instructor at UW–Parkside, often worked on lesson plans while eating at the restaurant. The two talked frequently. 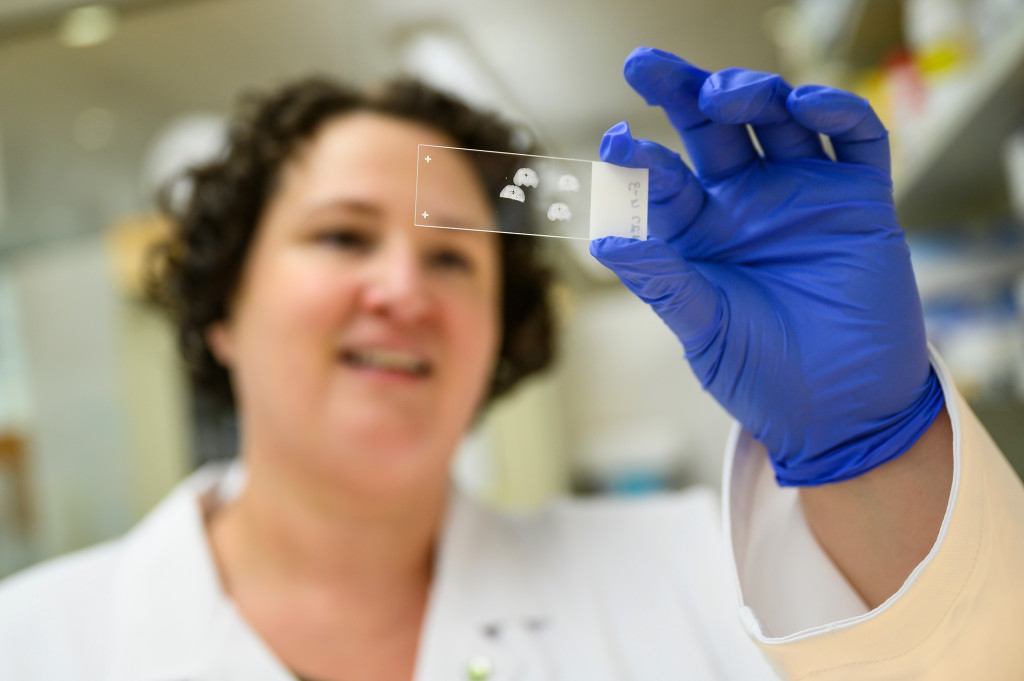 “A big part of what kept me from applying to college were feelings of shame regarding my experiences in life. I was a high school dropout; I would be older than most of the other students. I felt that I didn’t belong there,” Gimse says. “But when I was talking with her, I didn’t have that feeling. She spoke to me as she would any other bright young person interested in chemistry, and that gave me a feeling of acceptance that I was afraid I wouldn’t find in higher ed.”

Gimse was accepted to UW–Parkside and thrived there. (The restaurant customer became one of her professors and a mentor.) A first-generation college student, Gimse earned a bachelor’s degree from UW–Parkside in 2015 with two majors — one in chemistry, the other in molecular biology and bioinformatics. Along the way, she became a popular tutor and was invited to be a supplemental instructor for organic chemistry and a discussion leader for general chemistry.

“I actually couldn’t study in public because other students would stop and ask me questions and I’d be pulled away from my own studying,” she says. “But it felt really good to be able to help people who were struggling and to see their relief and excitement when concepts became clear. It was really rewarding.”

The experiences bolstered her confidence, spurring her to pursue her childhood dream of becoming a biomedical researcher. She came to UW–Madison as a graduate student in the fall of 2015.

At winter commencement, she will be earning a PhD in cellular and molecular pathology. She will remain on campus as a post-doctoral fellow in the Genomic Sciences Training Program through the Center for Genomic Science Innovation. In her research, she uses the genome editing tool known as CRISPR to investigate neurodegenerative disorders.

“One of the things my time at UW–Madison has taught me is the value of diversity,” Gimse says. “I’ve often felt discouraged and uncomfortable with the way my background and personal journey differ from so many of my peers. But I’ve come to realize that these different experiences gave me unique perspectives and skills, and I believe that applies to everyone and their unique experiences in life.”

While at UW–Madison, Gimse has enjoyed volunteering in Madison schools through the Biology Outreach Club and occasionally singing at area venues with Madison Music Foundry. She and her fiancé, Sameer Deevi, live on Madison’s east side with their puppy Sylvie.