The mission of the University of Wisconsin-Parkside LGBTQ Resource Center is to provide a safe, inclusive, and comfortable environment on campus for LGBTQ and Allied students, faculty, staff, and community. The Center will accomplish this by providing advocacy and support services to meet the unique needs of the targeted populations. The Center will also provide resources and education, which will include curricular and co-curricular programming.

Here is what we do.

We ADVOCATE for the needs, concerns, and rights of LGBTQ and allied students, faculty, and staff

We PROVIDE not only a safe space for all students, faculty, staff, and community members, regardless of sexual orientation or gender identity, to receive and give social and emotional support, as well as access to resources

We FOSTER student leadership and personal, academic, and professional growth 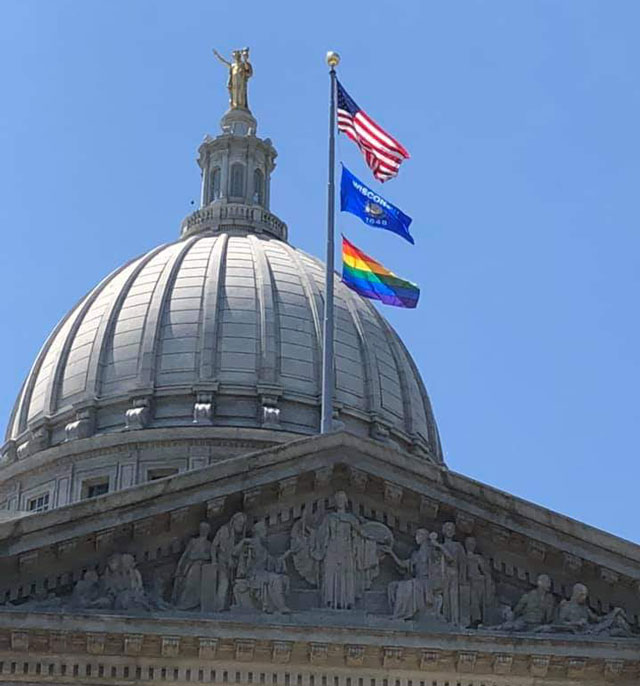 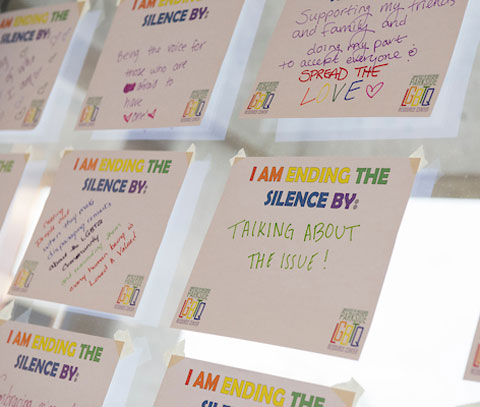 Why is an LGBTQ Resource Center needed on Parkside's campus?

The LGBTQ Resource Center is on campus to provide support, resources, and assistance to all students, faculty, and staff on campus.  The Center is responsible for developing educational programs for Parkside, as well as the local community.

What is the difference between Rainbow Alliance and the LGBTQ Resource Center?

Rainbow Alliance is a major status student organization, whose primary function is to support students and to help educate the general campus community, as well as the local community, on LGBTQQISA issues.  While the functions of Rainbow Alliance and the LGBTQ Resource Center are similar, the Center has more of a broad focus and supports the students in their efforts, and acts as an advocate for them, as well as the faculty and staff of Parkside.

What does the acronym, "LGBTQQISA" stand for?

How can I get involved with the Center or in helping to educate my campus community on LGBTQ issues?

If you are a student, the best way for you to be involved is to join Rainbow Alliance. You can also stop by the Center to pick up information on the upcoming Safe Zone program, events on campus, as well as other resources of interest.

I prefer to identify myself by a name that differs from my legal name. What can I do?

Parkside recognizes that students may choose to identify themselves with a name that differs from their legal name. Implementing a preferred name into the system can happen at any point in your student career. Visit the preffered name page for more information.

Networking with students for regional jobs and internships

RM2N services and initiatives, including opportunities to refine them based on industry feedback

Ways to engage with undergraduates in targeted industry oriented research

Director Armando Iannucci (Veep; In the Loop) is one the world’s greatest living satirists of government dysfunction. This film tells the story about the fallout of the Soviet tyrant’s demise, and the mad scramble among his various underlings as they clawed their way to replacing him. It is Veep in the Soviet Union, a grand satire driven by profound cynicism about self-obsessed leaders. As Stalin’s brain trust makes a frantic attempt to organize his funeral, familiar faces come and go. There are obvious parallels to modern times and the way the movie transforms a dark chapter of Soviet history into a bubbly workplace comedy suggests that history’s greatest villains always take themselves too seriously. Selfish leaders are transitory, but no matter who winds up on top, it is only a matter of time before somebody topples the tower all over again. 2018 European Film Awards, winner: Best Comedy; 2017 British Independent Film Awards, winner: Best Supporting Actor, Casting, and Production Design.

Auditions take place on Feb 5-6 or by appointment.