Sometimes, a few words from a family member can make all the difference. For Quentin Lewis, a May 2017 graduate with a major in Management Information Systems, those words came from his brother.

Lewis is from Milwaukee, where he attended Whitefish Bay Dominican and Brown Deer high schools. He graduated from Brown Deer in 2012. Lewis chose Parkside because his brother told him that it was a fun school back when he attended.

While words from his brother helped Lewis choose UW-Parkside, his interest in technology and computers drove Lewis toward computer science. Then it was time for more advice, this time from Lewis’s friend Pierre Torrence who told Lewis about MIS.

Lewis is thankful for the support he received from his family saying, “It felt good to have my family with me. I was glad that both of my grandmas got to see me graduate. My family supported me all the way through college. It felt good to celebrate with them.” Lewis says that as he was approaching the stage he felt excited. He says that his thoughts were, “it’s finally over, no more long nights of studying or doing homework.” Lewis goes on to say “I was just happy to become an alumni of University of Wisconsin-Parkside.”

Plans for the future

Lewis states that his plans for the future are to continue working full-time and he is hoping to start his own business within the next few years. Lewis says that his backup plan if his business does not work out, is to return to college to earn a master’s degree.

Praise from his Advisor

Lewis’ advisor, Professor Suresh Chalasani, also had high praise for his former student. Chalasani noted an internship Lewis did in the IT department at Birchwood Foods in Kenosha. Lewis would install and troubleshoot computers and IT systems. Lewis said MIS classes gave him valuable experience working in a team environment.

Chalasani says that he tries to map out a course to graduation for students to help them see the light at the end of the tunnel, and motivate them to succeed. According to Chalasani, Lewis was one of the students who would stick to the plan. Chalasani praises the hard work and dedication of Lewis saying “He invested in his own success by working hard.” 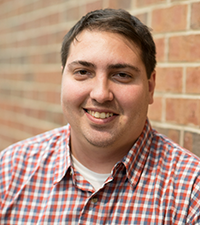