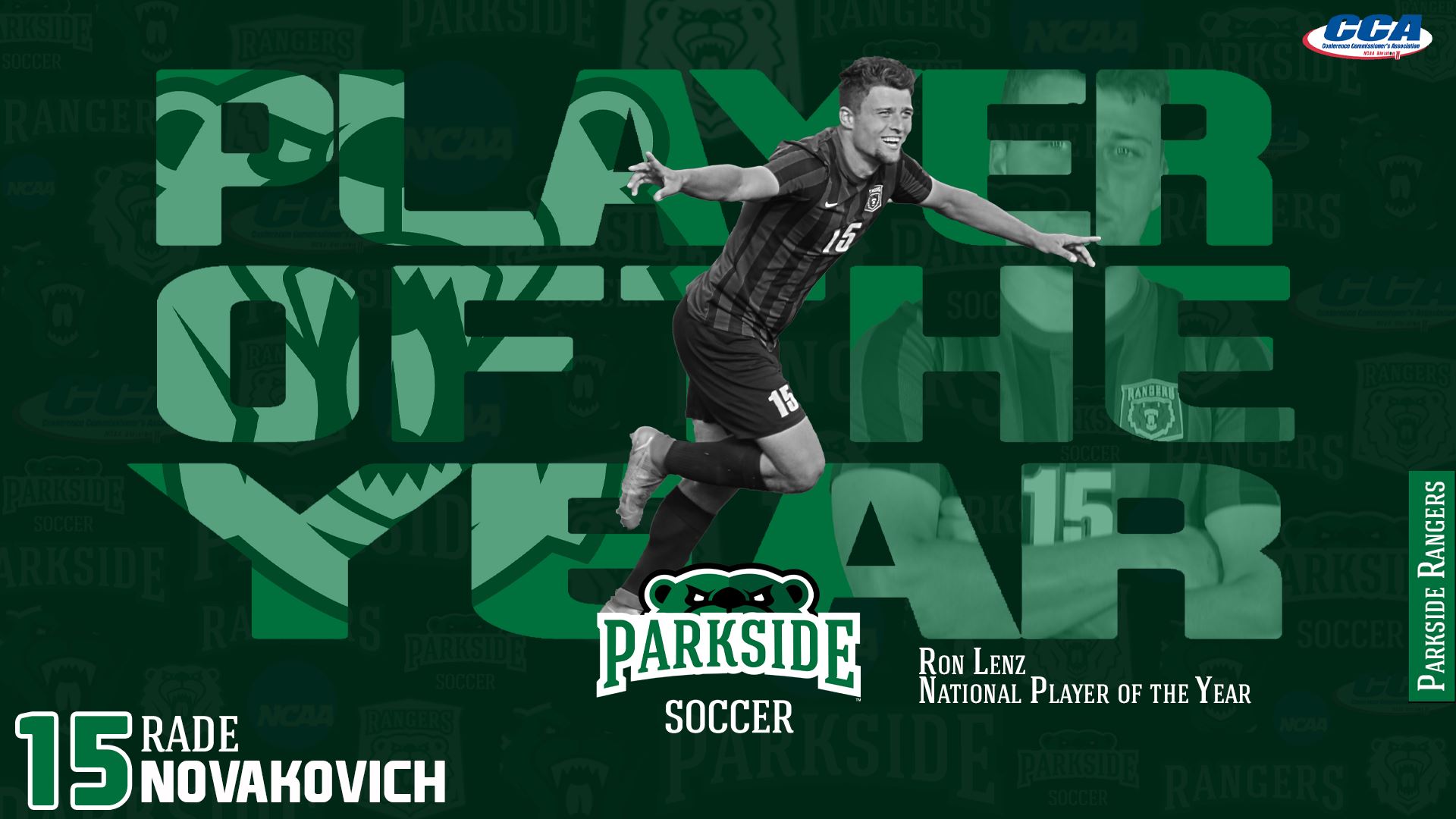 Novakovich, a junior from Muskeo, Wis., led the country in Total Goal this season with 24. He also led in Total Points (58), Goals per Game (1.14), Points per Game (2.76), and Game Winning Goals (7). He also led the GLIAC in Shots on Goal per Game with an average of 2.05. Novakovich has already been named First Team All-GLIAC, the GLIAC Offensive Player of the Year, GLIAC All-Tournament Team, D2CCA All-Midwest Region First Team, United Soccer Coaches Midwest All-Region First Team, and the D2CCA All-Midwest Region Player of the Year.

"What a tremendous honor." said Parkside Men's Soccer Coach Jason Zitzke, "It is a culmination of years of hard work and passion for the game. Rade started as a youth player at United Serbians, SC Waukesha, and Chicago Magic Academy. He was pushed by Rob Harrington and Jimmy Banks at MSOE. This season he had a tremendous amount of confidence and chemistry with all of his teammates who helped cultivate one of the best offenses we have had in recent seasons. Congrats!"

Novakovich is the second student athlete in Parkside Athletics history to be named the National Player of the Year. He joins current Wrestling Head Coach Nick Becker, who received the award in both 2017 and 2018.

The University of Wisconsin-Parkside is committed to high-quality educational programs, creative and scholarly activities, and services responsive to its diverse student population, and its local, national, and global communities. We are a dynamic learning community grounded in academic excellence and focused on student success, diversity, inclusion, and community engagement.  The campus serves as a premier comprehensive public institution and a destination of choice, serving as a focal point of local, regional, and global progress.