UW-Parkside To Present ‘She Kills Monsters' 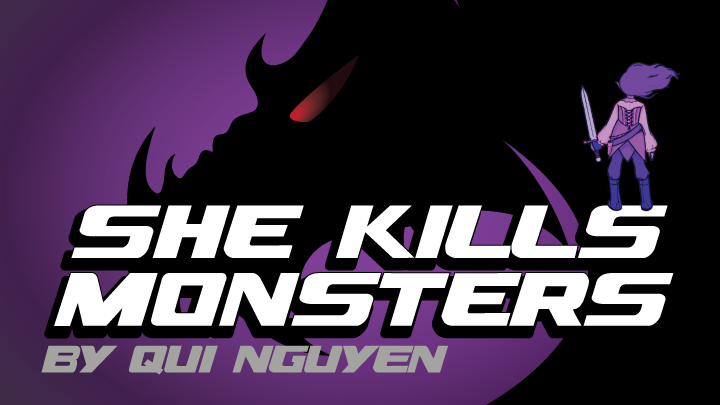 Somers, Wis. – The Theatre Arts department at the University of Wisconsin-Parkside will soon open its final show of the season, “She Kills Monsters” by Qui Nguyen.

Performances of “She Kills Monsters” will start at 7 p.m. on April 29 and 30, and May 6 and 7, and 2 p.m. on May 1 and 8 in the Black Box Theatre located in the Rita Tallent Picken Regional Center for Arts and Humanities. A matinee performance will start at 10 a.m. on May 6.

The high-spectacle production is rooted in the Dungeons and Dragons universe and features numerous complex sword-fighting scenes, advanced projection technology, and loads of special effects.

“She Kills Monsters” tells the story of Agnes Evans, a young English high school teacher, as she prepares to leave her childhood home, following the death of her teenage sister, Tilly. When Agnes discovers Tilly’s Dungeons & Dragons notebook, she reaches out to Chuck, one of her sister’s friends, and together they start playing the game. Then begins an action-packed adventure that transports Agnes into the fantastical world created by Tilly’s imagination.

“Our students are thrilled to be collaborating on this production with exceptional guest artists, including Christopher Elst, our fight choreographer,” said Fabrice Conte-Williamson, director of the production.

Elst is a Milwaukee-based fight director and violence and intimacy designer. He holds ranks of Certified Teacher with the Society of American Fight Directors (SAFD) and Associate Instructor with Dueling Arts International (DAI).

“This show is such a fun and fast-paced experience for the audience,” said Lynn Bryant, a senior Theatre Arts major who plays Agnes. “But that’s not all. It’s also about community, friendship, and love.” As the story unfolds, Agnes discovers that her sister was the victim of bullying but that she had many friends who loved and supported her.

The production opens as UW-Parkside celebrates Asian American Pacific Islander Heritage Month. Nguyen —a first-generation American born to Vietnamese parents — is one of the most produced contemporary Asian American playwrights. Nguyen is also an award-winning TV and Film writer and recently co-wrote Disney’s “Raya and the Last Dragon.”

“I think it’s important to note that his work is being produced,” said Conte-Williamson. “Our department strives to produce plays written by playwrights who identify as BIPOC, LGBTQ+, or belong to other historically underrepresented communities.”

Ticket information is available at www.uwp.edu/therita. Tickets can be purchased online or at the box office at the Rita, which opens two hours prior to each performance.