THRIVING IN TIMES OF POLITICAL POLARIZATION

You are invited to an event featuring James Carville & Mary Matalin. Brought to you by the Tommy G. Thompson Center on Public Leadership and UW-Parkside. Mary Matalin is a celebrated conservative voice and former presidential advisor. James Carville is a political icon. The event will focus on the current political polarization in the United States. 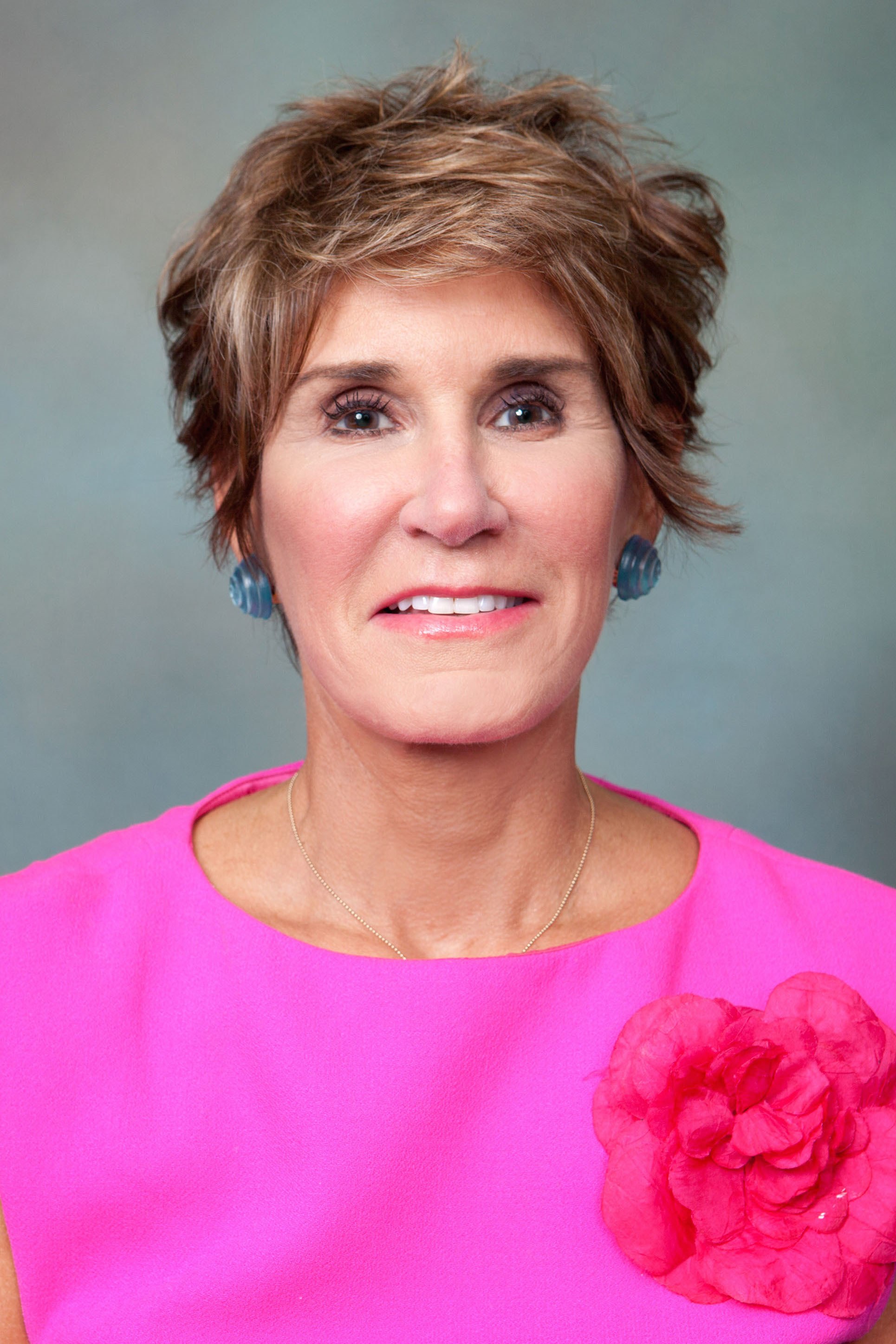 Mary Matalin is one of the most celebrated and popular conservative voices in America. As an author, television and radio host, and widely sought after political contributor, pundit and public speaker, shehas become noted for her straightforward manner and insightful political repartee. Among her many roles and accomplishments, she has served under President Ronald Reagan, made her mark as George H.W. Bush's Campaign director and most recently as assistant to President George W. Bush, and as assistant and counselor to Vice President Dick Cheney, making her the first White House official to hold that double title.

Matalin has been active in politics since college, starting at the grassroots level in local and statewide campaigns in her native Illinois. In 1980, after graduating from Western Illinois University, Matalin joined a re-election campaign for Illinois Lt. Governor David O'Neal at the request of a former professor. She was so successful, that when the "Reagan Revolution" brought her to Washington DC, she was quickly hired by the Republican National Committee.

After a hiatus from Washington to attend Hofstra Law School, Matalin returned to the RNC in 1984 to serve as national voter contact director for the Reagan-Bush Campaign. By 1988, after holding various senior positions in the George H.W. Bush successful presidential campaign of that same year, she was appointed Chief of Staff to Republican National Committee Chairman, Lee Atwater.

In 1992, President Bush named her deputy campaign manager for Political Operations, and as such she was responsible for the overview and organization of operations in all 50 states. As the on-board planner who traveled with President Bush throughout the 1992 campaign, she emerged as the vocal, and occasionally controversial, defender of the President and his policies.

Since that time, Matalin has made frequent television appearances as a political commentator, securing a career in conservative media advocacy following decades of work in the GOP political trenches. She was a founding co-host of the Washington-based political weeknight talk show Equal Time, which premiered in May, 1993 on CNBC. Her political astuteness and antics contributed to the show's being hailed as "the best talk show on television" by Knight Ridder News Service, and her straightforwardness and sharp sense of humor helped to make the show one of the most talked about programs in the network's history. She has made numerous appearances on NBC's Meet the Press, as well as on the popular HBO series K-Street, and before joining the Bush/Cheney White House, hosted CNN's critically acclaimed debate show, Crossfire. Today she can be seen as a frequent guest commentator on news networks such as ABC, CNN, MSNBC, and FOX News Network.

Matalin took her sharp wit, energy and free-spirited political views to the airwaves with her own three hour afternoon radio program on the CBS Talk Radio Network. The Mary Matalin Show highlighted current events, featured distinguished guests, and was regularly inundated with listener calls. Talkers magazine listed Matalin as one of "The 100 Most Important Talk Show Hosts in America" in 1996, 1997 and 1998. The show was also recognized by receiving Talk Daily's "Great Web Site Award."

In addition to her successful careers in politics, television and radio, Matalin is also a widely read, respected and acclaimed author. She formerly served as Editor-in-Chief for Threshold Editions, a conservative publishing imprint at Simon & Schuster that has published authors from Vice President Dick Cheney to Karl Rove to Glenn Beck. Matalin co-authored the best-selling political campaign book All's Fair: Love, War, and Running for President with her husband, James Carville. The book was named one of the top 5 best books on public relations by The Wall Street Journal. In their second joint memoir, Love and War: Twenty Years, Three Presidents, Two Daughters and One Louisiana Home (January 2014), Carville and Matalin take a look at how they—and America—have changed in the last two decades. In their two distinct voices, they pick up their story from the end of the 1992 Presidential campaign to their new life in New Orleans today where their efforts to rebuild and promote that city have become a central part of their lives—and a poignant metaphor for moving the nation forward. She is also the author of Letters to My Daughters which made both The New York Times and The Washington Post best seller lists. Letters was also named a Book of the Month Club selection, and was chosen for a condensed version by Reader's Digest.

Matalin sits on the boards of numerous respected institutions across the country: Loyola University’s Board of Trustees, Tulane University's President's Council, Greater New Orleans Inc., The New Orleans Jazz Orchestra, and The Louisiana Nature Conservancy. In 2011, Matalin accepted an appointment as a visiting distinguished lecturer in political science at Loyola University New Orleans. Matalin was also co-chair of the 2013 NFL Super Bowl Host Committee alongside her husband, James Carville. 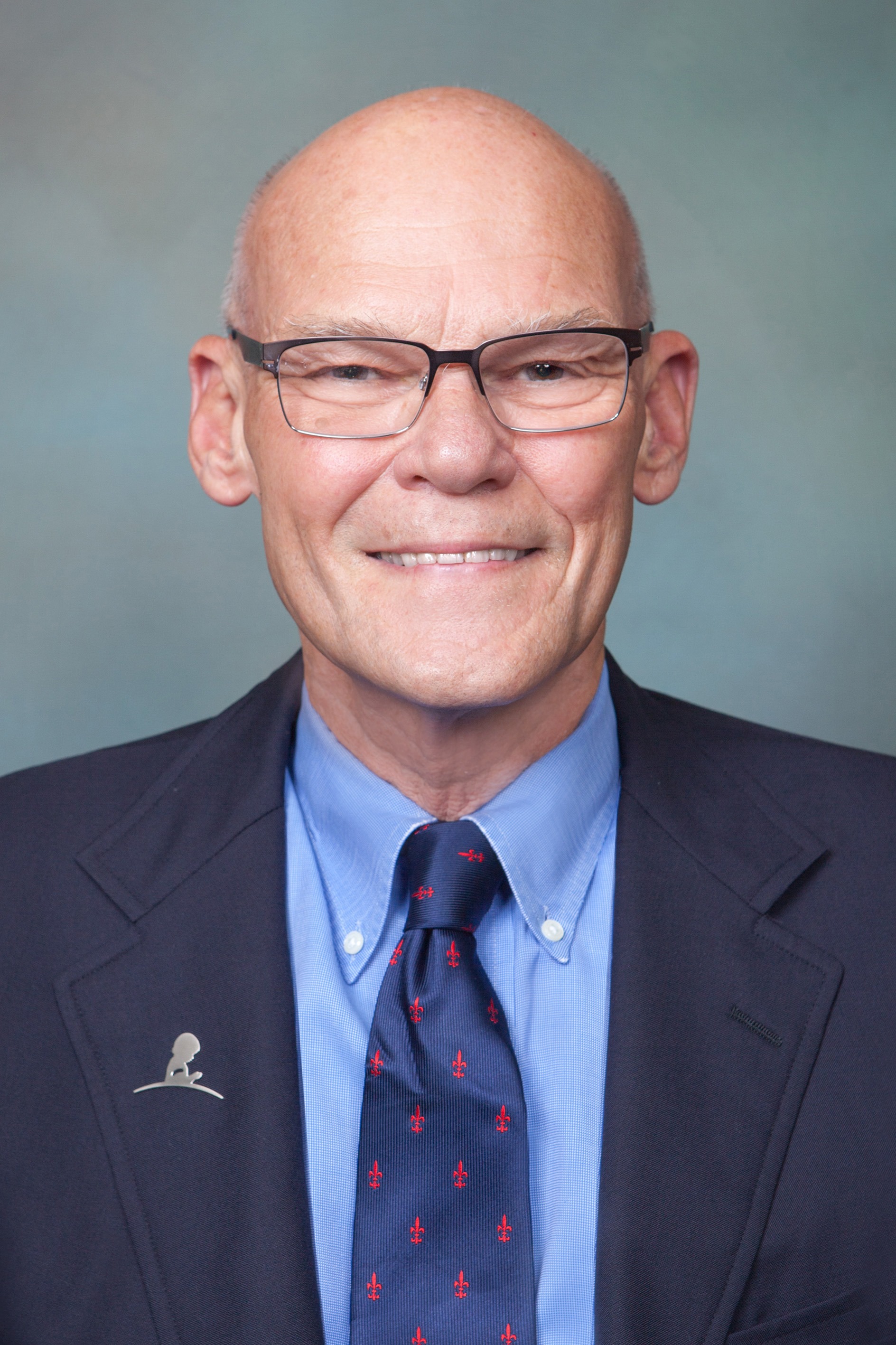 His winning streak began in 1986, when he managed the gubernatorial victory of Robert Casey in Pennsylvania. In 1987, Carville helped guide Wallace Wilkinson to the governor’s seat in Kentucky. Carville continued his winning streak with a win in New Jersey with Frank Lautenberg elected to the US Senate. He next managed the successful 1990 gubernatorial campaign of Georgia’s Lieutenant Governor Zell Miller, including a tough primary win over Atlanta mayor Andrew Young, and in 1991, Carville – who had already become prominent in many political circles – drew national attention when he led Senator Harris Wofford from 40 points behind in the polls to an upset landslide victory over former Pennsylvania Governor and U.S. Attorney General Richard Thornburgh. But his most prominent victory was in 1992 when he helped William Jefferson Clinton win the Presidency.

In recent years, Carville has not been a paid political consultant for many domestic politicians or candidates, instead focusing on campaigns in more than 23 countries around the globe stretching from the continents of South America to Europe to Africa and most recently Asia.

James Carville is also a best-selling author, actor, producer, talk-show host, speaker and restaurateur. His titles include We're Still Right, They're Still Wrong: The Democrats' Case for 2016, Love & War: Twenty Years, Three Presidents, Two Daughters and One Louisiana Home; It’s The Middle Class Stupid!; All’s Fair: Love, War, and Running for President (with wife Mary Matalin); We’re Right, They’re Wrong: A Handbook for Spirited Progressives; And the Horse He Rode In On: The People vs. Kenneth Starr; Buck Up, Suck Up...and Come Back When You Foul Up; Had Enough? A Handbook for Fighting Back; Stickin’: The Case for Loyalty; his children’s book, Lu and the Swamp Ghost; and 2006’s Take it Back, 40 More Years: How the Democrats will Rule the Next Generation.

Carville also serves as a fellow at LSU’s Manship School of Mass Communication and lives in New Orleans with his wife Mary Matalin.

Moderated by Alexander and Susannah Tahk 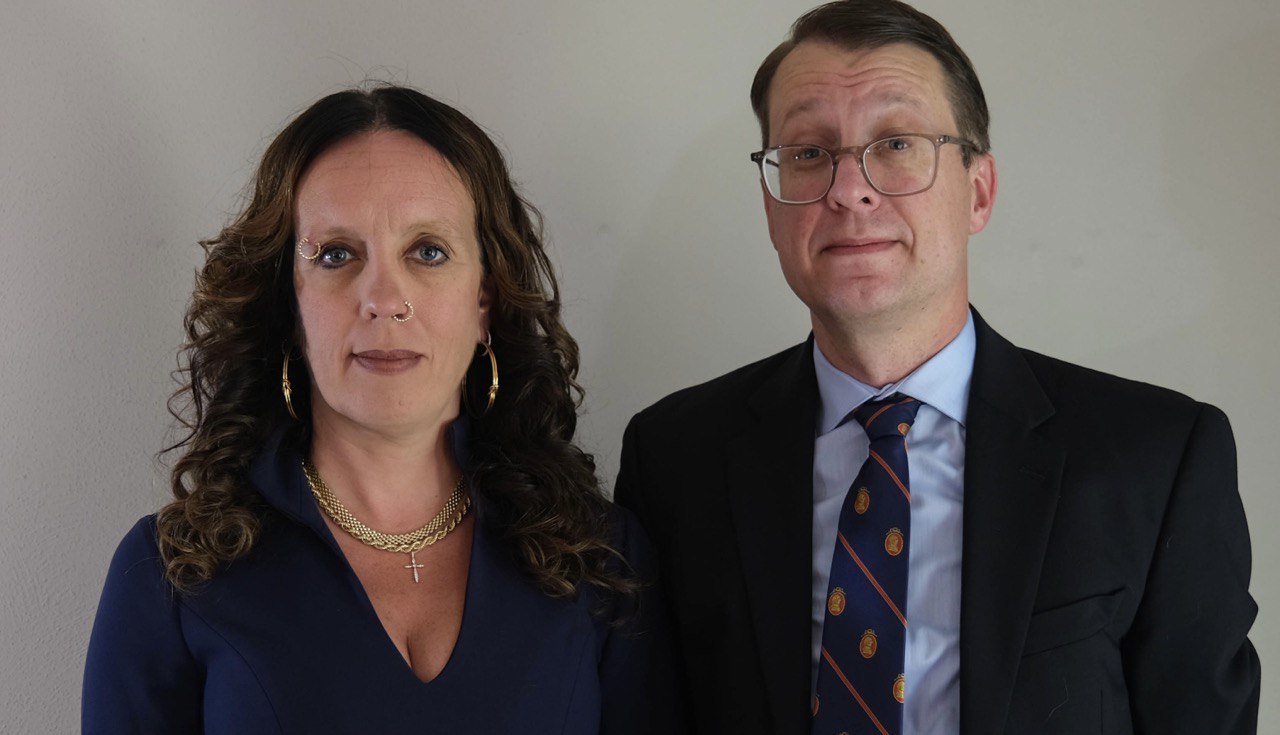 Susannah Camic Tahk is Professor of Law, Associate Dean for Research and Faculty Development, and Director of the Institute for Legal Studies at the University of Wisconsin School of Law. She researches and teaches tax law and policy and is an affiliate of UW-Madison's Institute for Research on Poverty. Before coming to UW Law, Tahk practiced in the tax group in the Washington, DC office of Skadden, Arps, Slate, Meagher & Flom LLP, where she focused on controversy and policy matters.

In 2020, Tahk received the Vilas Mid-Career Investigator Award from UW-Madison. 2015, Tahk received the Vilas Early Career Investigator Award from UW-Madison and was named an Up and Coming Lawyer by the Wisconsin Law Journal. In 2017, she won the Pro Bono Award from Wisconsin's Association for Women Lawyers. She enjoys spending time with her husband, three kids, and three cats. Tahk is admitted to practice in the District of Columbia and in Wisconsin.

Alexander Tahk is the Director of the Tommy G. Thompson Center on Public Leadership and an Associate Professor in the Department of Political Science at the University of Wisconsin-Madison. His research and teaching interests are in the fields of methodology and American politics. Professor Tahk completed his doctoral work in political science at Stanford University, where he also received a master’s degree in statistics. He received his undergraduate degrees in mathematics and political science from the Massachusetts Institute of Technology. His work has been published in major research publications such as the Journal of Personality & Social Psychology, Political Analysis, State Politics & Policy Quarterly, Public Opinion Quarterly, Social Influence, and American Political Science Review. He also serves as a Faculty Affiliate with the University of Wisconsin Law School and an Honorary Fellow in its Institute for Legal Studies.

Professor of Law, Associate Dean for Research and Faculty Development,  Director of the Institute for Legal Studies at the University of Wisconsin School of Law

Director of the Tommy G. Thompson Center on Public Leadership,
Department of Political Science at the University of Wisconsin-Madison, Associate Professor