The Thomson Research Fellowship supports student and faculty research collaboration on field-based or laboratory research in the Biological Sciences Department. Dr. M. Scott Thomson taught in the Biological Sciences Department for 22 years. During that time he mentored many students in his lab including 11 master's students. He believed that one of the strongest features of the education UW-Parkside offers in biology is the opportunity for students to collaborate directly with faculty in their research. He observed many times how these opportunities could motivate students to succeed and find their future paths in graduate school, medical and health careers, and in industry. He thought that offering a stipend to students for this work, and money for research supplies could make the opportunity to participate accessible to more students. This is what prompted the Thomsons’ gift in 2015 establishing the fellowships.

The Fellowship is open to all students who are declared majors within the Department of Biological Sciences (undergraduate or graduate students), and awarded in Fall and Spring semesters.

Award recipients are required to actively carry out independent research in collaboration with and under the supervision of a biological sciences faculty or academic staff member over two semesters (or a summer plus academic semester).

Recipients receive a $1,500 research stipend in addition to $1000 provided through the research advisor for research supplies and support.

Students receiving the award are also required to present their research in collaboration with their research advisor as part of a departmental research symposium near the end of the project, and they are required provide documentation of any additional presentations of this research (published papers, conference talks, or outreach events).

BIANCA RUFFOLO
B.S. in Molecular Biology and Bioinformatics  |  May 2019

“The Thomson Fellowship was extremely beneficial when applying to MD/PhD programs. I was asked to write and talk about my experiences with this research, and conveying what I have done and what I learned most certainly played a role in my acceptance to the University of Cincinnati MD/PhD program. I am very grateful for that." 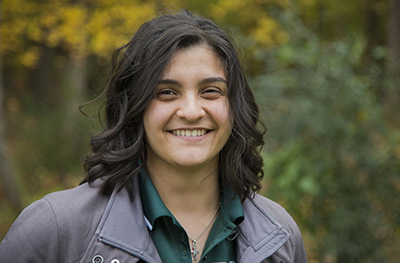 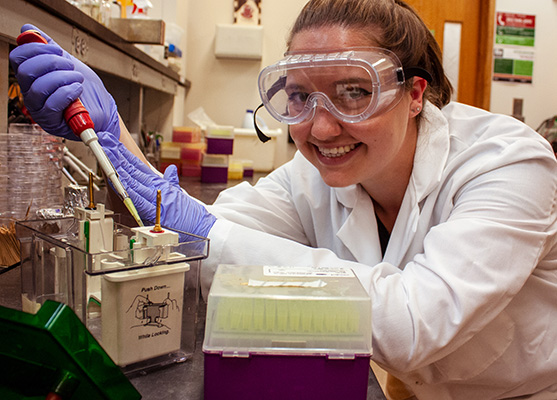 BRITTANY DOBROWSKI
B.S. In Molecular Biology and Bioinformatics  |  May 2019

“The Thomson Fellowship has given me the opportunity to explore many well-used molecular biology techniques. It has given me the chance to do biochemical work and give me a taste at the type of research I would like to pursue in the future. …Because of the Thomson Fellowship I now would like to pursue a dual degree program in which I will work towards a DVM/PhD program."

“The Thomson Fellowship helped me start a Paleontology research project that changed my career trajectory. It has been the bridge that allowed me to continue my research, gain more knowledge on how to conduct research, as well as preparing me for graduate school. Having had the experience of a Thomson Fellow, my post-graduate plans include obtaining a MPH (Masters in Public Health) with a focus on Community Health where I will be able to use my research abilities obtained in my undergraduate years.” 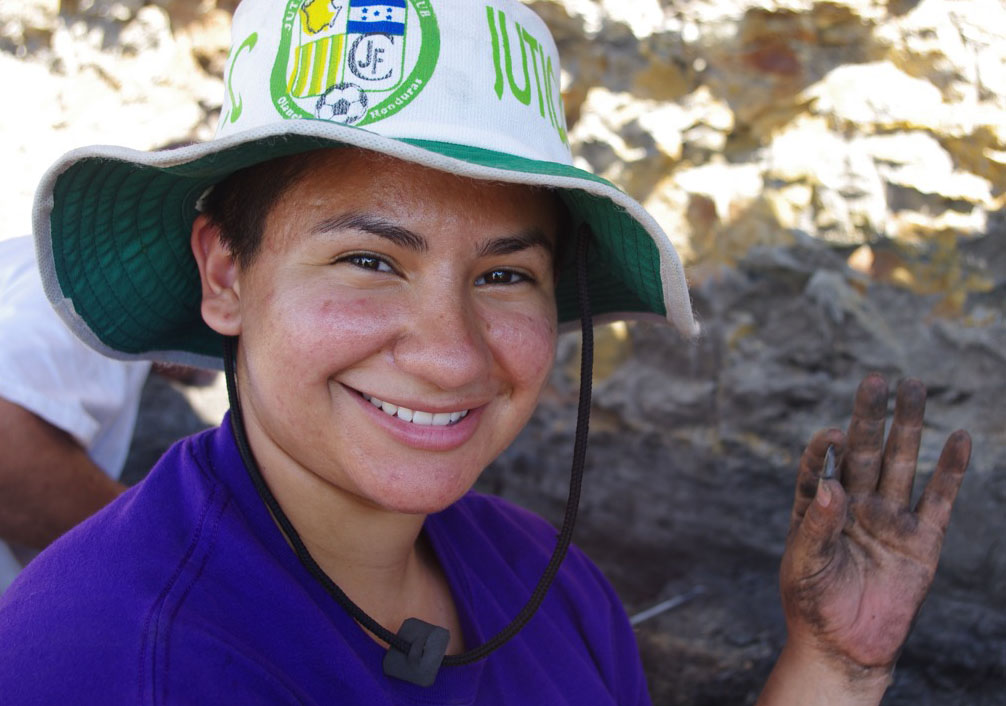 Over 32 students have received fellowships since 2015.

Dr. Melvin Scott Thomson (“Scott”) joined the Department of Biological Sciences at the University of Wisconsin-Parkside as an Assistant Professor, in 1992. Here he studied Red Flour Beetle genetics that involved numerous undergraduate and graduate students.  Scott retired from the University of Wisconsin-Parkside in May 2014, and continued with his research.

As a reflection of his unwavering and generous support for students and research, Scott and his wife, Alice, established the Scott and Alice Thomson Research Fellowship, in Spring 2015.  Since its start, this competitive research program has funded dozens of students as Thomson Fellows, who have gone on to successful graduate, medical, research, and industry careers.

Dr. Melvin Scott Thomson (“Scott”) earned a Bachelor of Arts degree in Biology and Chemistry from Middlebury College in 1976, a Masters of Science in Entomology at the University of Georgia in 1981, and a doctorate in Entomology from North Carolina State University in 1986. Scott continued his training as a Postdoctoral Associate first at Duke University, 1987-1989, and then at Kansas State University, 1989-1992, in the laboratory of Dr. Richard Beeman of the USDA Agricultural Research Service Stored Product Insect Research Unit, Manhattan, Kansas. With his credentialed education and research experiences, Scott used his genetics, molecular, and entomology expertise to study genetic traits in the Red Flour Beetle (Tribolium castaneum) and investigated the complex genetic interactions of Medea, the H gene, and environmental factors that control, in part, beetle fertility and development.

In 1992 Scott joined the Department of Biological Sciences at the University of Wisconsin-Parkside as an Assistant Professor. Here he continued to study Red Flour Beetle genetics that involved numerous undergraduate and graduate students. Scott was promoted to the rank of Associate Professor with tenure in 1999. In 2003 Scott became the Chair for the Department of Biological Sciences, a position he held for two terms.

Scott taught a wide range of courses over his career including the introductory Biosciences, General Genetics, Invertebrate Zoology, and the Medical and Forensics Entomology courses. Through these courses and academic programs, Scott taught and impacted thousands of students.  Scott mentored countless undergraduate and graduate students through field entomology field projects and collaborative research studies on the genetics of Red Flour Beetles. His laboratory made important and novel discoveries about the genetic basis of reproductive incompatibility in insects. Many of these students went on to a wide range of careers in science.

Scott retired from the University of Wisconsin-Parkside in May 2014 and was awarded emeritus faculty status. After retiring he spent much time with his family and friends. Scott’s passion for research and Red Flour Beetle genetics persisted, and after retiring he continued with his research projects.

A reflection of his unwavering and generous support for students and research from Scott and his wife, Alice, is their establishment and gifting of the Scott and Alice Thomson Research Fellowship, Spring 2015. Since its start, this competitive research program has funded 36 successful students as Thomson Fellows, many of whom have gone on to successful graduate, medical, research, and industry careers.

In March 2016 Scott lost his battle with cancer. The Scott and Alice Thomson Research Fellowship is one of the many ways Scott’s life, career, and lifelong support of academics and student research continues to grow and positively impact others after his death. 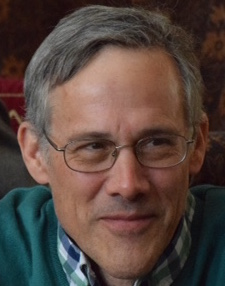 UW-Parkside invites you to join in advancing student faculty research in the biological sciences through a gift to the Thomson Research Fellowship.

Thanks to Alice Thomson’s generous support, a new endowed gift of $35,000 to the Thomson Research Fellowship will be matched! Your gift will be doubled through this limited-time opportunity to receive a dollar-for-dollar match of your gift. To discuss this opportunity please contact Hannah Wallisch, Director of Development, at wallisch@uwp.edu.