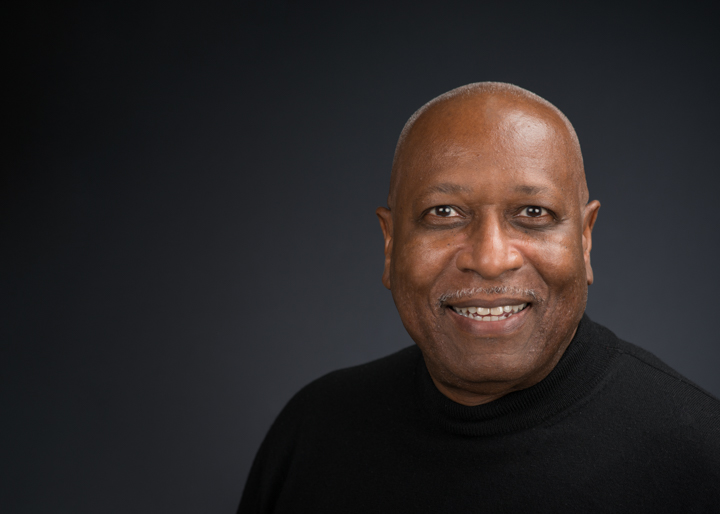 “He’s the best!” "Dr. Kinchen is enthusiastic. His passion rubs off on you.” “The professor really makes you want to do your best.” “Knows his stuff!” “Encyclopedic knowledge!” “Knows his stuff!”
These are among the comments used to describe the man affectionately known to many students and former students as "Doctor K." He is Professor of Music and Director of Choral Activities since 1989 and is driven by his passion for music and for people, and for bringing people together to experience excellence in the choral art. He has conducted on the stages of Carnegie Hall and Avery Fisher Hall in New York’s Lincoln Center. His choral travels have taken him to Germany, Italy, Poland, Sweden, the Czech Republic, Austria, Cuba, India, and China. He has served as President of Wisconsin Choral Directors Association and the North Central Division of American Choral Directors Association and is in frequently demand as a clinician, guest conductor, and adjudicator. He is a frequent presenter at choral and music conferences and conventions, presenting on interpretation of the “spiritual” and other topics of interest to choral teachers and artists. He is also a member of Chorus America, the International Federation for Choral Music, the National Association for Music Education, Center for Black Music Research, and National Collegiate Choral Organization. He is on the Executive Board of Wisconsin Music Educators Association. He has won teaching excellence, faculty service, and diversity awards. He is most recently recipient of the Morris D. Hayes Award, given to an outstanding Wisconsin choral director by Wisconsin Choral Directors Association. He directs the three university choirs: University Chorale, Voices of Parkside, and Master Singers. He also teaches courses in conducting, choral conducting, choral teaching materials and methods, music appreciation, and African American music. He is pretty active on campus, too, joining various search committees and elected faculty committees, including the University Committee and Faculty Senate, which he presently serves. James Benjamin Kinchen, Jr., is a Jacksonville native who has studied at Jacksonville University, Southern Illinois University, and the University of North Carolina Greensboro. Before coming to UW-Parkside, he has taught and conducted music in Florida, Illinois, Virginia, and North Carolina.

“My teaching is profoundly shaped by my own teachers, especially my mother (an elementary teacher) and father, and the grade school teachers who taught us with love and missionary zeal in the segregated schools that I attended as a boy. Hence, I am an enthusiastic, egalitarian, engaging, efficacious teacher, which means that I bring emotion to my teaching; that I believe in the potential of all students to learn; that it is important for me to actually connect with my students; and that results are essential. I am not good with just ‘putting my teaching out there, somewhere.’ I have to connect with the learner! I teach; you learn! If one approach fails, I seek another. I have to find you where you are and help you build bridges to reach the destination we both desire. I cannot just go through the motions. I am grateful for all that technology affords, but I am really not a ‘tekkie.’ At its best, teaching for me is a deeply human endeavor. Everything else stripped away, I want to connect with you as a person and help you learn from me what you are there to learn.
“The core of my teaching over a career has been in the choral rehearsal. I teach choirs at all levels. I help people experience the choral art. I help them sing better. I help them sing better together as a team. I help them acquire, grow, and master the choral and musical skills necessary to sing challenging choral works. And I help them bring the works of composers past and present to life in exciting ways. I also teach and mentor music teachers-to-be, a very important responsibility. Some of my past students are now themselves successful teachers. And I teach African American Music (my sub-specialty, recently with a focus on the Great Migration and the jazz, blues, gospel, R&B, and hip-hop it produced), and Music Appreciation. I have been a Wisconsin Teaching Fellow. I have been nominated for the Stella Gray Teaching Excellence Award. I am especially honored to be one the few faculty members to have received this prestigious award twice -- 2003-04 and 2014-15.”

“All of us are, broadly speaking, in the ‘knowledge’ business. Our students know us as teachers who help them acquire the knowledge they need for careers and productive citizenship. But beyond our teaching, we treasure the achievements and learnings of the past and try to take part in the continual creation of new things – new discoveries, books, music, poetry, plays, understandings of the world and universe, and so on. We share our research and creations with communities within our disciplines and beyond. Music faculty, like their counterparts across campus, sometimes engage in traditional scholarship and research. I have written a few articles. More frequently I give presentations at professional conferences on a fairly regular basis. My areas of greatest interest include: choral teaching, choral artistry, choral literature, the work of black composers, and the interpretation of African American ‘spirituals.’ But most of us in the music discipline are also engaged in what is really at the core of our art – the creation and recreation of musical sound. It is our ‘creative activity.’ For me as a conductor, that entails choral performance. I take the blotches and lines of ink on the score and help choirs (and sometimes orchestras) bring them to life. That is incredibly exciting! Every performance that I prepare is special, but I have conducted in some very elite venues such as Carnegie Hall, Avery Fisher Hall at Lincoln Center, Salzburg Cathedral, and Saint Peter’s Basilica.”

2021: Named for one of Wisconsin's most outstanding choral directors in 1985, this award is made usually each year to a Wisconsin choral director whose body of work and contributions to the choral art have merited WCDA's recognition and highest award., MORRIS D HAYES AWARD, WISCONSIN CHORAL DIRECTORS ASSOCIATION