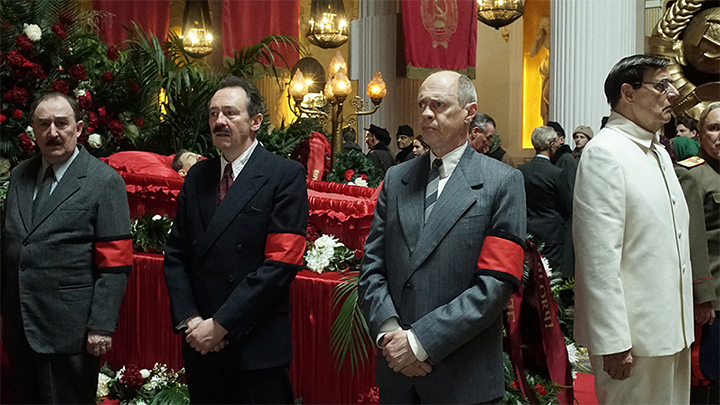 Director Armando Iannucci (Veep; In the Loop) is one the world’s greatest living satirists of government dysfunction. This film tells the story about the fallout of the Soviet tyrant’s demise, and the mad scramble among his various underlings as they clawed their way to replacing him. It is Veep in the Soviet Union, a grand satire driven by profound cynicism about self-obsessed leaders. As Stalin’s brain trust makes a frantic attempt to organize his funeral, familiar faces come and go. There are obvious parallels to modern times and the way the movie transforms a dark chapter of Soviet history into a bubbly workplace comedy suggests that history’s greatest villains always take themselves too seriously. Selfish leaders are transitory, but no matter who winds up on top, it is only a matter of time before somebody topples the tower all over again. 2018 European Film Awards, winner: Best Comedy; 2017 British Independent Film Awards, winner: Best Supporting Actor, Casting, and Production Design.