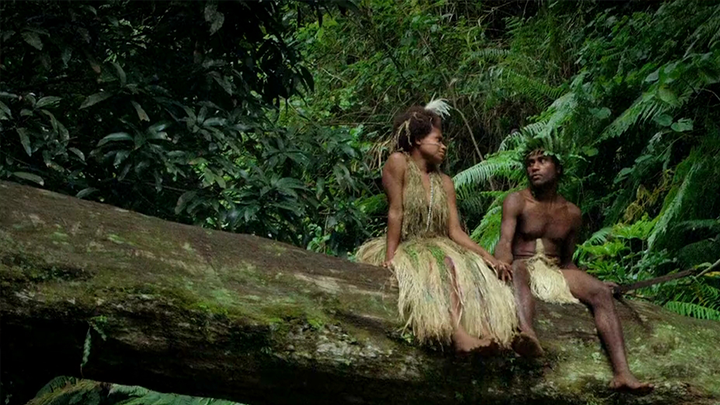 This unique narrative debut from Australian documentary team Bentley Dean and Martin Butler is a soulful folktale encompassing both tragedy and hope. Told with captivating simplicity and yet richly cinematic, it combines ethnographic and spiritual elements in a haunting love story with classic undertones. The film affords us a glimpse into the little-known culture of the Yakel people who live on the remote Pacific island of Tanna at the bottom of the Vanuatu archipelago. The narrative arc of this spectacularly exotic film, replete with visions of grass skirts, penis sheaths, and a spitting volcano, is based on a true story from the Tanna community in the 1980s—think Romeo and Juliet—which resulted in a change in tribal marital laws. Performances from the untrained cast are magnetic; the Yakel people’s passion to tell their story is undoubtedly at the heart of the film’s success. Like the trees and the birds, each frame feels alive and warm, with shimmering vitality. 2015 Venice Film Festival, winner: Best Cinematography; 2015 London Film Festival, winner: Special Jury Prize.