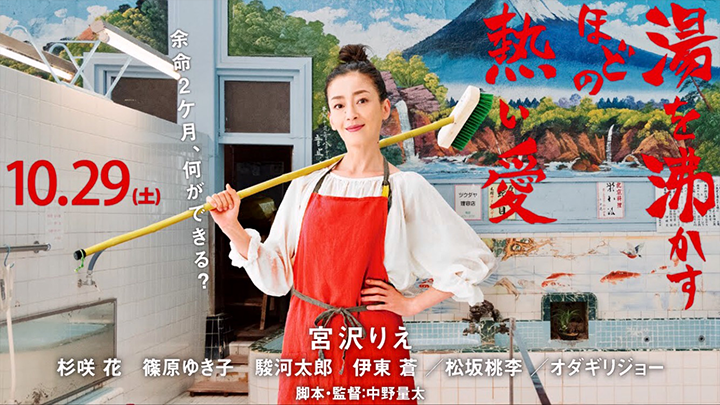 Her Love Boils Bathwater takes a cheerful approach to a serious narrative. Futaba is a single mother struggling to make ends meet after her husband suddenly left her and the family’s bathhouse business went under. While coming to terms with her situation, she is dealt another blow when she is diagnosed with terminal cancer. Instead of succumbing to despair, though, Futaba decides to tie up the loose ends in her life in the few months she has left, to both comedic and dramatic effect. In doing so, the film explores what it really means to be a mother, a daughter, a student, a member of single-parent family, an entrepreneur, a friend, a rival, even a handicapped person. A sweet, heartwarming tale about the power of love, Her Love Boils Bathwater is a perfectly pitched and highly emotive drama. 2018 Portland International Film Festival, winner: Best New Director; 2016 Hochi Film Awards (Japan), winner: Best Film, Actress, and Supporting Actress.