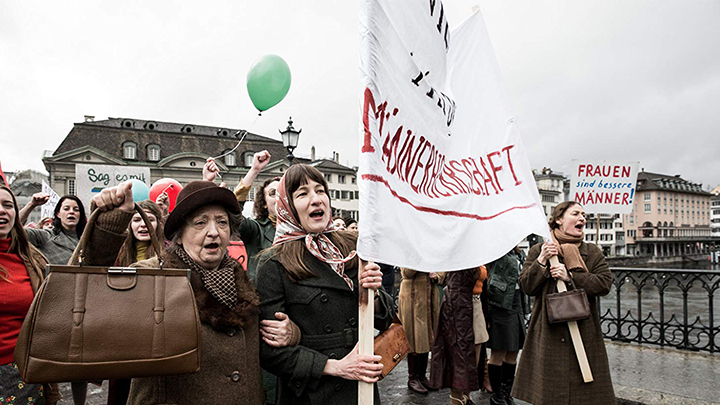 In Switzerland, the constitutional amendment establishing the right for women to vote at the federal level did not pass until 1971. Nora, like most women in small conservative Swiss towns, has been cowed into keeping her opinions to herself. A small act of defiance against the town’s leading female anti-suffrage finger-wagger wins her an ally in a feisty widow, and soon others join them. Their growing movement culminates in a strike that brings the town to a halt. The film effectively illustrates how peer pressure can influence the political process. Collective silence, whether it is from women unwilling to publicly press for their rights or men afraid to voice agreement with their wives for fear of looking weak, proves more of an obstacle than any opponent. 2017 Tribeca Film Festival, winner: Audience Award, Best International Actress, Nora Ephron Prize for Best Female Writer/Director; 2017 San Diego International Film Festival, winner: Best Global Cinema.