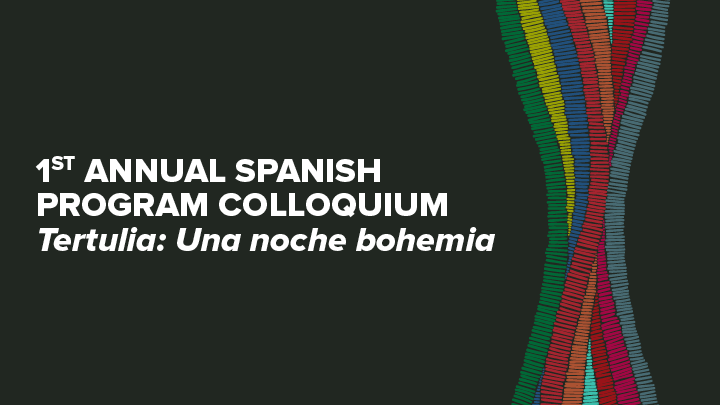 The Department of Literatures and Languages presents the inaugural Spanish Program Colloquium. The idea behind the theme, Tertulia: Una noche bohemia, draws inspiration from the terms tertulia and bohemia, which together refer to social gatherings with literary or artistic overtones. Tertulias in particular were literary salons popular in Spain dating back to the 17th century that were at first held in private homes, but later in the 19th century in clubs and cafés.

In a café-inspired ambiance within the Rita, students will present a variety of work in the spirit of this year’s theme, including but not limited to original research, poetry and other forms of creative writing, and musical or short theatrical performances.