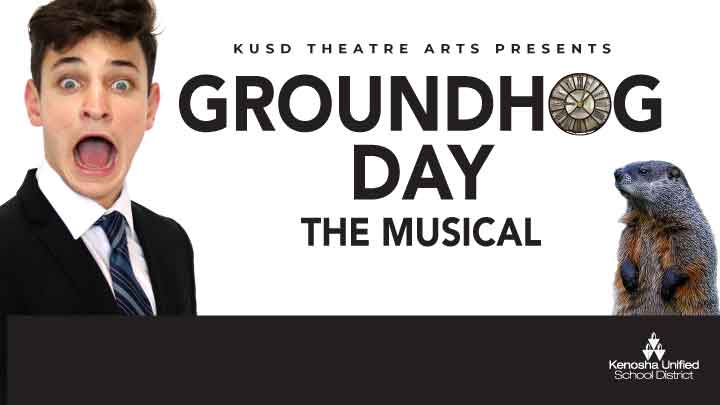 Critically acclaimed on both the West End and Broadway, Groundhog Day revels in one man's journey of self-discovery, day after day. Inspired by the hilarious film starring Bill Murray... How would you spend your time if forced to repeat the same day over and over again? Phil Connors, a seasoned big-city weatherman, is frustrated to be reporting the annual Groundhog Day Ceremony in small town Punxsutawney, PA. His arrogance, and cynicism are in direct opposition to the cheery townsfolk, who are ready for their favorite Groundhog to not see his shadow, and welcome an early spring. After disdainfully covering the rodent's negative forecast, he awakens the next day only to discover it's February 2 once more. Initially in disbelief, Phil finally accepts he is doomed to repeat the same day over and over again.... (MTI)