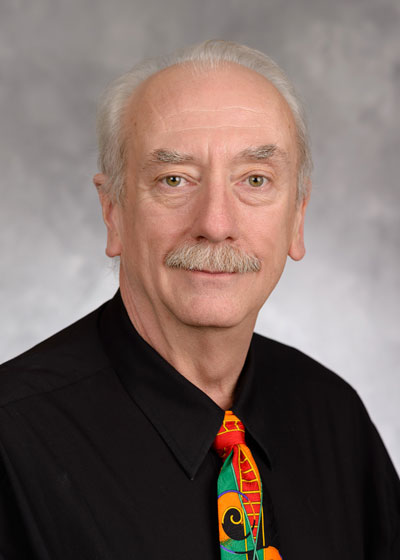 Michael Clickner graduated from the University of Wisconsin-Parkside in 1975, earning his B.A. in communication with a theatre arts emphasis. Michael continued his education by attending Utah State University, graduating in 1979 with an M.F.A. in theatrical design and construction.

Recognizing his extraordinary talents, skills and abilities, Michael was hired by the UW-Parkside Theatre Arts Department as an artist with duties and responsibilities focused on set construction of campus theatrical productions, as well as construction and supervision of staff for the Fireside Theatre in Fort Atkinson, Wis.

Michael was very excited to be an integral part of the construction of the beautiful new Rita facilities -- as the Main Stage Theatre was originally built when he attended school here in the 1970s!

A hard-working member of the local community, Michael is an Eagle Scout, has been a deacon and an elder at Covenant Presbyterian Church. Michael is proud to be an alumnus of UW-Parkside where bloodlines run deep: His father taught law classes here many years ago; his mother attended classes here; his wife has attended classes here; his daughter graduated from here in 2012 with a major in geography; and his son is currently attending UW-Parkside as a history major.