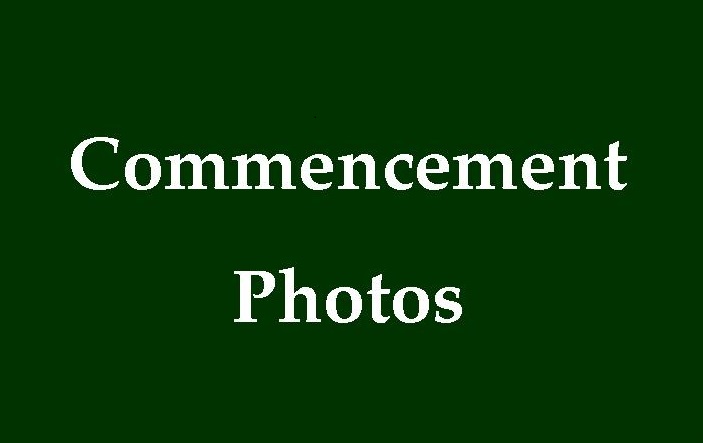 Published: May 9, 2014
Link to YouTube.
The entire University of Wisconsin-Parkside campus community gathered Saturday, May 17, for the spring 2014 commencement ceremonies. More than 420 students were eligible for graduation.
Graduates from the College of Business, Economics, and Computing, and from the College of Natural and Health Sciences were honored at 10 a.m. Graduates from the College of Arts and Humanities, and from the College of Social Sciences and Professional Studies were honored at 2:30 p.m. Both ceremonies were open to the public and both are available on YouTube via the internet.
In her welcome remarks, Saturday, UW-Parkside Chancellor Debbie Ford reminded graduates that as they receive the diploma, they also accept responsibility to carry the great legacy of UW-Parkside alumni forward and contribute to the betterment of our society.
"From my perspective, when I look out over the graduates during each commencement ceremony, I see a tremendous amount of potential," Ford said. "I see a very exciting future."
Both ceremonies took place in the Alfred and Bernice De Simone Gymnasium inside the Sports & Activity Center.
The ceremonies mark the 45th spring commencement at UW-Parkside. The Honorable Roger Price, consul-general for Australia to Chicago received an honorary doctor of humane letters degree. UW System Board of Regents President Mike Falbo, himself a 1980 graduate of UW-Parkside, delivered welcome remarks from the Regents.
Five students were honored as outstanding graduates. Tracy Hribar, Chancellor's Award Recipient (business management and economics; Waterford Union High School); Libby Chernouski (English; home schooled, Racine, Wis.), Jeff Dalby (economics and geography; Walden III High School, Racine, Wis.), Deidre Damon (chemistry; Westosha Central, Salem, Wis.), and Amy Robinson-Junker (biological sciences; Round Lake Park, Ill.) are the spring 2014 honoree. The Chancellor's Award signifies the university's top graduate.
In addition to being the top graduate, Hribar was also the commencement speaker at both ceremonies.
Tracy Hribar
Coming to UW-Parkside more than 20 years after graduation from Waterford Union High School, Hribar had a plan: "I thought I would get in, get it done, and get out," she said. "How wrong I was."
Immediately following high school, Hribar earned an associate's degree in accounting from Milwaukee Area Technical College. Next up was a bachelor's degree. That plan became less of a priority when she married James Hribar, began helping with his trucking business, and the couple started a family.
Fast-forward to the fall of 2010. After raising four children and serving as operations manager for James Hribar Trucking since 1995, Hribar decided it was finally her time. Working with Trudy Biehn in the College of Business, Economics, and Computing, Hribar developed a plan to earn her degree in approximately three years.
Something, as they say, happened along the way.
Wisconsin Governor Scott Walker appointed Hribar to the UW Board of Regents in 2012 as the nontraditional student representative, a two-year term. She took the appointment seriously and dedicated herself to being an advocate for all students in the UW System. Current UW Board of Regents President Mike Falbo (a 1980 UW-Parkside graduate) said that Hribar commands respect and is an effective leader because she cares. "She has a great mix of experience and education," Falbo said. "She is so very open to new ideas and different ways of doing things."
Hribar used her Regent status to help increase awareness for the Association of American Colleges and Universities (AAC&U) Liberal Education America's Promise (LEAP). Hribar was the first business owner in Wisconsin to sign the LEAP employer-educator compact in which businesses pledge to support a well-rounded education.
During her educational experience at Parkside, Hribar earned two majors – business management, and economics. More important, she says, her education transformed her life: "I now have the expertise and confidence to accomplish things I had previously only dreamed of."
Libby Chernouski
Connections: That's one way Chernouski describes her educational experience at UW-Parkside. The connections between people, ideas, and theory and practice, she says, caused her to branch out, and connect with the world.
Chernouski encountered English linguistics during a literary theory class her freshman year. Today, she describes linguistic theory as one of the "stronger strands in the web of her life." She will continue her linguistics education as a fully funded graduate student and teaching assistant at Purdue University. Her ultimate goal is a Ph.D. and a possible return to UW-Parkside as a faculty member.
Chernouski calls her work as a supplemental instruction student leader another "very meaningful" connection, this time with her fellow students. Assistant Professor of English John Spartz said that Chernouski's work in that role was, "invaluable … she helped students who might otherwise have dropped the course or struggled with the material, find success."

Jeff Dalby
Describing Dalby as a busy student is an understatement. He conducted a geographic information systems (GIS) project in Racine to analyze the city's plan to remove streetlights from certain areas. He worked on an econometrics project with the Racine Health Department to forecast E. coli on Lake Michigan beaches. And, he volunteered with the Wisconsin Wetlands Association and at Racine's Root River Environmental Education Community Center.
Along the way, Dalby earned two majors – economics and geography; three concentrations – applied environmental geography, urban planning, and quantitative economics; and a certificate in GIS. Faculty sometimes wondered how Dalby found time to sleep and still maintain his high standard of excellence. The bottom line is that Dalby has truly given back to his community, the UW-Parkside campus, and his fellow students.
He plans to return to high school as a teacher. "My Parkside education and the experience it afforded me have led me on the path to teaching," he said. "If I am able to inspire in other students the curiosity and thirst for knowledge that Parkside professors have given me, then I know my chosen profession will be exceedingly rewarding."
Diedre Damon
One of Damon's faculty nomination letters supporting her as a UW-Parkside outstanding graduate closes with: "The Chemistry Department does not make these nominations lightly. In recent memory, Deidre is only the third student we have put forward for this award."
Her letter to the award selection committee offers a glimpse of a life enriched: "Before I came to Parkside," Damon wrote, "I wasn't sure I would be able to graduate from college." The high school valedictorian was concerned about the cost of education and the need for a positive support network.
"Because of my opportunities at Parkside," Damon said, "I was able to accumulate enough scholarships to live on campus. The staff and students became my support network, and I finally felt like I belonged."
Damon entered Parkside with 32 credits in advanced placement course work. That, plus taking an average of 16 credits per semester, enabled her to complete the chemistry major and a biological sciences minor in three years.
Associate Professor of Chemistry and Chair of the Chemistry Department Gary Wood wrote in support of Damon: "In my 25 years in the Chemistry Department, I can't recall a student who has achieved this much in such a short time."
She also led the Chemistry and Math clubs, served in the National Residence Hall Honorary, and worked as a tutor in the Parkside Writing Center. Damon now finds herself in the enviable position of beginning the Ph.D. chemistry program at Ohio State University.
"Parkside saved me from failing," Damon said. "I will become an influential scientist because of what Parkside has given me."
Amy Robinson-Junker
You might say Robinson-Junker was an eager student. She earned her associate's degree from the College of Lake County and was an honor society member. Her career goal, however, required a bachelor's degree. She transferred to UW-Parkside sight unseen.
Arriving for her first day of classes – on crutches – she was surprised by the ample parking. Robinson-Junker had a little trouble navigating the elevator in Greenquist Hall (most newcomers do), but finally found room number D137. Then she waited … and waited … for her class to start.
A custodian happened by and tracked down a professor who politely informed her that classes began … the following day. During the 45-minute drive back to Round Lake Park, she thought, "this better be worth it."
At the spring 2014 commencement, Robinson-Junker receives her biological sciences major as an outstanding graduate. "Parkside has been worth every commute," she said. The faculty agree: "She is one of the best undergraduate students ever in the biological sciences program."
Her experience at Parkside included research at the Chicago Field Museum, the Chicago Zoological Society, and the Racine (Wis.) Zoological Gardens. She presented her findings at the National Conference on Undergraduate Research in Kentucky, and at the University of Wisconsin System Symposium for Undergraduate Research.
Robinson-Junker's ultimate goal is a Ph.D. "I want to conduct research on animal behavior and welfare in zoological settings," she said. "I will work to improve the lives of the animals for which we have taken responsibility."
The University of Wisconsin-Parkside is one of 13 four-year campuses in the University of Wisconsin System. Founded in 1968 to better serve the needs of a growing population in southeastern Wisconsin and northeastern Illinois, UW-Parkside offers undergraduate and graduate degree programs and serves as an academic and cultural resource. The campus is located at 900 Wood Rd. in Somers, Wis.
Scroll to top
Who Are You?