SOMERS — At the 2019 ALL IN Challenge Awards Ceremony held to recognize colleges and universities committed to increasing college student voting rates, University of Wisconsin-Parkside received a platinum seal for achieving a student rate above 50%. A full list of seal awardees can be viewed here.

“I am very pleased to report that as a participating campus in the ALL IN Democracy Challenge for the midterm elections in 2018, 51% of Parkside students voted in the elections, placing our campus at the PLATINUM award level,” said College of Social Sciences and Professional Studies Dean Peggy James. “This is the highest award, and this year only 60 participating institutions received the designation. This is pretty impressive, since there are hundreds of participating institutions nationwide. We share this designation with Alverno, UW Madison, and UW Milwaukee.” 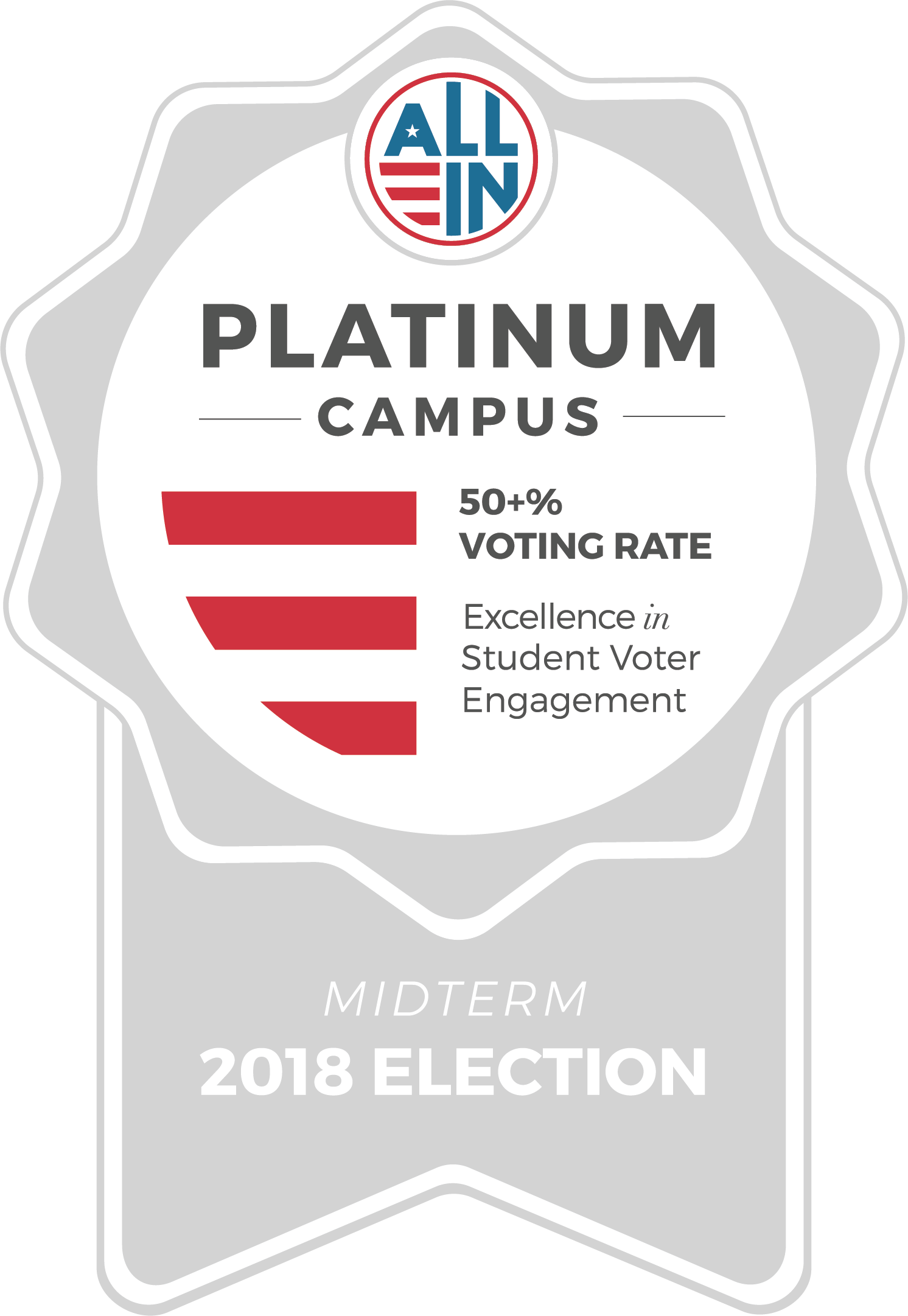 Student participation in elections has increased from the 2014 midterm election to the recent 2018 midterm election. According to the National Study of Learning, Voting, and Engagement, an initiative of Tufts University’s Institute for Democracy & Higher Education, voter turnout at the more than 1,000 institutions participating in the study increased by 21 points from 19% to 40%. UW-Parkside’s data reveals UW-Parkside’s data reveals an increase of 18.3 points. Hispanic students demonstrated the greatest point increase from the 2014 midterm election, increasing 28.8%.

“We are excited to honor UW-Parkside with an ALL IN Challenge platinum seal in recognition of their intentional efforts to increase democratic engagement and full voter participation,” said Jennifer Domagal-Goldman, executive director of the ALL IN Campus Democracy Challenge. “More institutions like UW-Parkside are changing culture on campus by institutionalizing nonpartisan democratic engagement efforts that are resulting in the incredible student voter turnout rates that we’ve seen across the country.”

The ALL IN Campus Democracy Challenge is a nonpartisan, national initiative recognizing and supporting campuses as they work to increase nonpartisan democratic engagement and full student voter participation. The Challenge encourages higher education institutions to help students form the habits of active and informed citizenship, and make democratic participation a core value on their campus.

More than 560 campuses, enrolling more than 6.2 million students, have joined the Challenge since its launch in summer 2016.