SOMERS - The National Conference on Undergraduate Research (NCUR) is an event dedicated to promoting undergraduate research, scholarship, and creative activity in all fields of study by sponsoring an annual conference for students. This year’s NCUR was held on April 10, at Kennesaw State University in Kennesaw, GA. It was the highest-attended NCUR event of its thirty-three years of annual conferences. There were around 4,600 attendees and roughly 4,000 student research, scholarly, and creative art presentations from across the country.

Student presentations are welcome in all fields and disciplines which range from anywhere to the creative and performing arts to biological, chemistry, nursing, physics, psychology, and social science research. Student participants in NCUR may present in one of the following formats: oral, poster, visual arts, and performing arts. 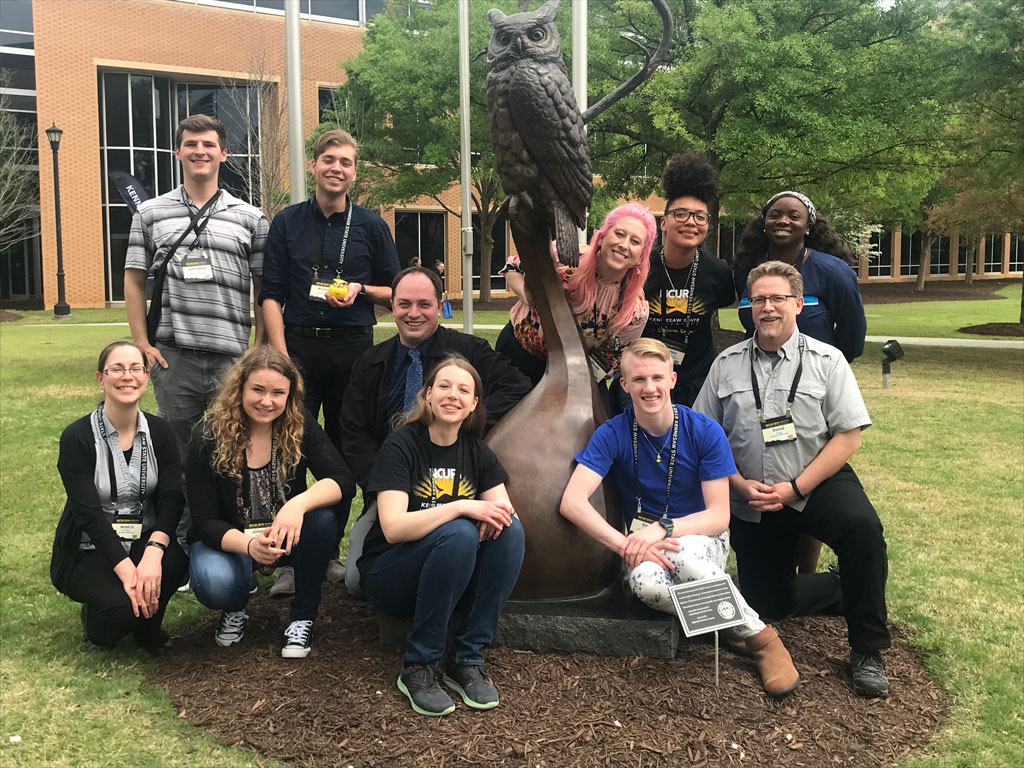 This year’s nine UW-Parkside undergraduate student researchers who presented at this year’s NCUR at Kennesaw State University in Kennesaw, GA along with Jessica Orlofske and David Higgs of the Biological Sciences Department at UW- Parkside. PHOTO BY: N/A

Along with the nine student presenters, there were also two Faculty members from UW-Parkside that attended this year’s NCUR event. The Faculty members areincluded Jessica Orlofske, an assistant professor of the biological sciences department, and David Higgs, an associate professor of the biological sciences department at UW-Parkside.

According to David Higgs, “NCUR creates a unique environment for the celebration and promotion of undergraduate student achievement; provides models of exemplary research, scholarship, and creative activity; and helps to improve the state of undergraduate education.”

In addition to the research and scholarly presentations, Higgs stated that “Students also have opportunities to explore different campuses and communities programs and get to know students from other disciplines both at their home institute as well as other institutions from across the country. They also hear from national and international researchers and community leaders through the plenary talks.”

The benefits Higgs mentions of both attending and presenting at the NCUR are evident for UW-Parkside presenter Nicole Chapman, whose research focused on using probabilities to predict taxonomic identification. According to Chapman, this “experience has been incredible and it sparks inspiration in all who attend, alongside peers in alike and different disciplines to share their prideful hard work. There are also opportunities to speak with graduate school representatives and speak with professional speakers in your field.” 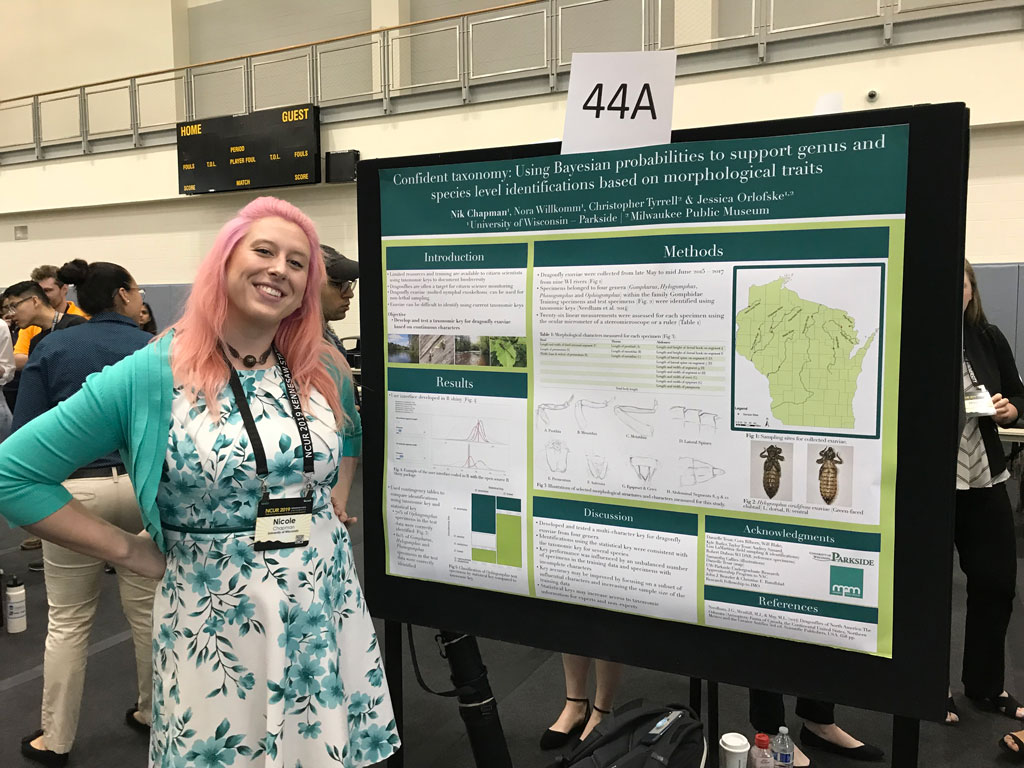 Nicole Chapman, Biological Science major, who was one of UW-Parkside’s student researchers alongside her presentation focused on using probabilities to predict taxonomic identification at Kennesaw State University in Kennesaw, GA. PHOTO BY: N/A

Chapman recalled, “I was lucky enough to have an incredible marine biologist speaker who really enlightened my passion of wanting to pursue higher education. I’ve also had an incredible amount of support from faculty mentors who have joined us on this trip, Orlofske and Higgs, and their unwavering drive to see us all succeed.”

Higgs said,that “NCUR provides a great networking environment that allows students to meet and share their work with peers and faculty from around the country and the world who are working in similar and different research fields. Further, “a valuable lesson students learn from NCUR is that their scholarly work is just as good of quality as others, which is both confidence building and motivating.” 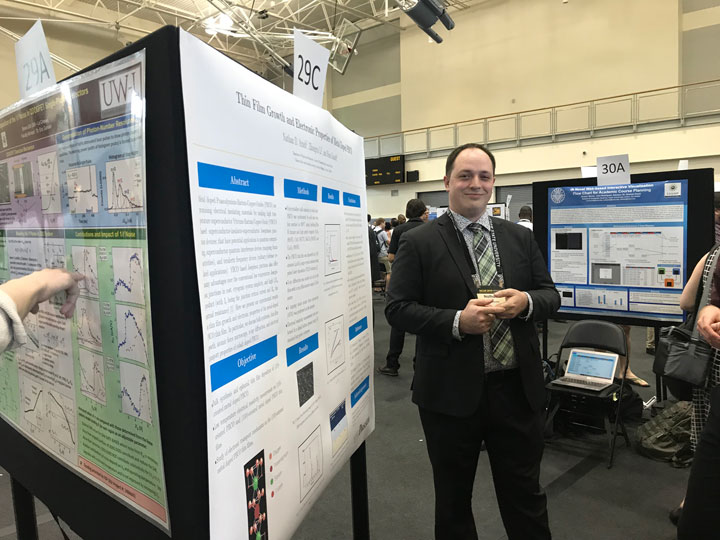 Nathan Arndt, physics major and mathematics minor, who was one of nine of UW-Parkside’s student researchers, alongside his presentation focused on the thin-film deposition and electronic characterization of metal doped PBCO at Kennesaw State University in Kennesaw, GA. PHOTO BY: N/A

According to Arndt, “This was a great opportunity to get myself and my research seen by many that would have otherwise had no chance to experience it. It also got me exposed to a lot more research in my fields and introduced me to new options for graduate school where I will be going for a PhD in Material Science.”

All nine UW-Parkside students gave professional and in-depth presentations that were of high quality and as impactful as students from any of the hundreds of other institutions, large and small.

Student abstracts for next year’s National Conference on Undergraduate Research (NCUR) can be submitted in December, which are then reviewed by expert faculty from their discipline prior to a student’s abstract being accepted for presentation.