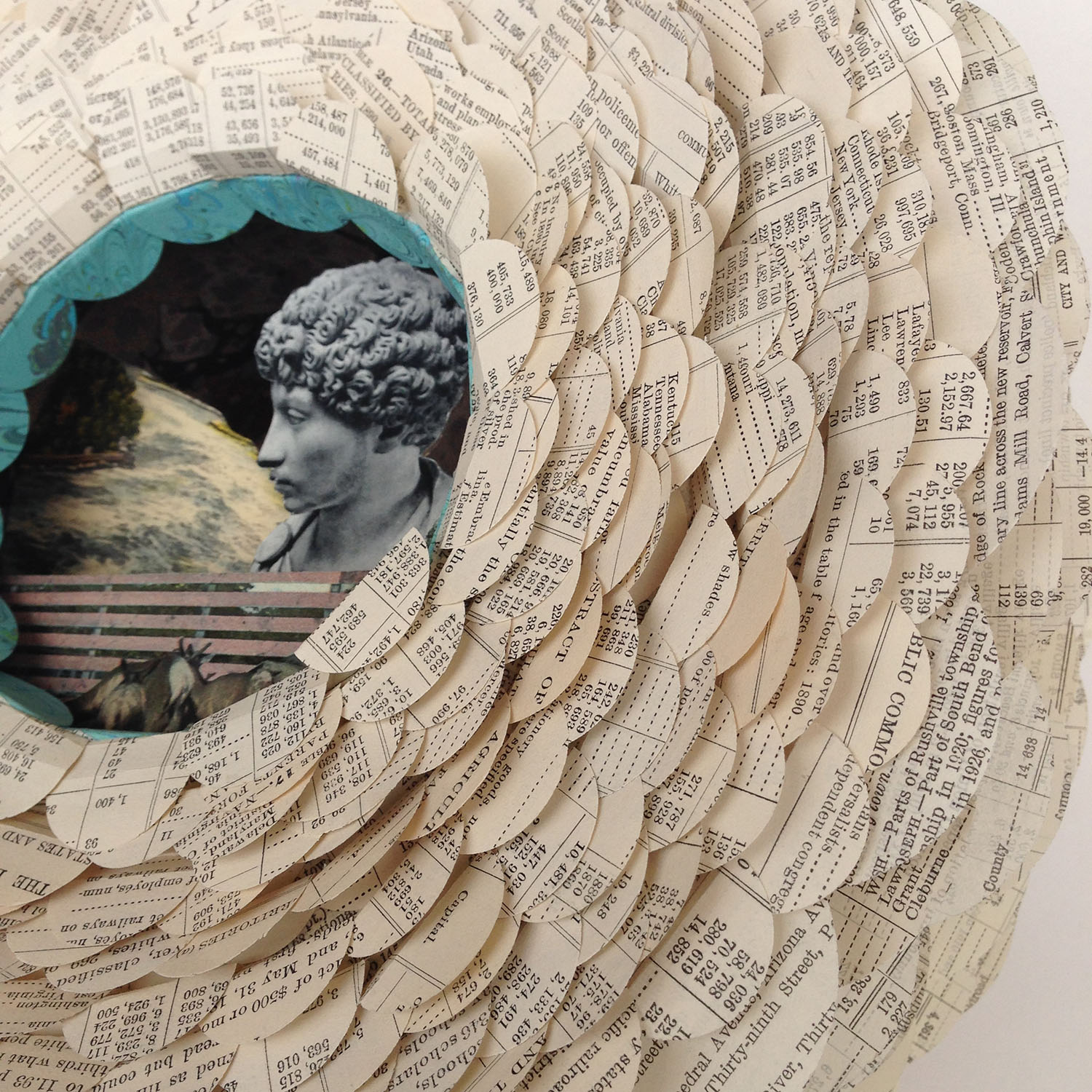 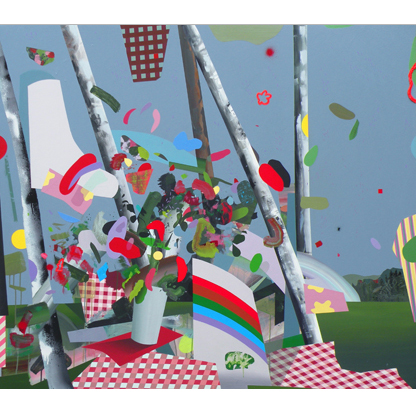 "Paper Reliquaries," UWP design professor Carey Watters' show in UW-Parkside's own Foundation Gallery will be up from October 8th to November 18th. This show, featuring artistic creations made with paper, reflects Watters' current artistic interests: " My current book and collage work weave together concepts regarding memory, historic map making, religious and pagan symbolism, and the theme of the reliquary as a container of memory." The works in the show are the direct result of Watters' recent residency experience in Noepoli, Italy, and her recent travels to Calabria, Basciliata, and Puglia. As she explains, "Byzantine architecture, design, imagery, and religious reliquaries are the subjects of my research. I incorporate found objects in my work to rewrite their history and create a new narrative." She wants viewers to look at the show with "curiosity and wonderment," creating "their own narrative" about the work. Watters' artistic creations and continuing work are also integral to her Typography and Design courses at UW-Parkside. For more information on Watters' work, see her website.

Carey's colleague Tom Berenz's solo show at McHenry County College just closed on September 19th and his work was also in the annual Fond du Lac show of "Wisconsin's Most Exciting Artists" at the Thelma Sadoff Center for the Arts. Berenz's art often has environmentalist themes, and has been described by Jane Simon at the Madison Museum of Contemporary Art as "austere" but as having a "strong emotional subtext." According to Berenz's artist statement, "I am intrigued by the wonder of the natural environment and disturbed by its devastation. I am interested in the fragility of life and question the way we inhabit the land. The paintings represent what happens when nature and man collide, yet neither one is fully on the winning side. The history of land management in the United States is a history of neglect and abuse; our government fights problems only after they arise. Glaciers are melting, plants and animals are being forced from their habitat, and the number of severe storms and droughts is increasing. Society's ambivalent attitude of both pillage and protection lies at the thematic heart of my work." Berenz will be exhibiting in solo shows at Viterbo University in La Crosse, WI from October 1st to 31st, and at Emory and Henry College in Emory, VA from November 11th to December 12th. Next semester, he will be exhibiting at Parkland College's Giertz Gallery in Champaign, IL, and at Illinois Wesleyan University's Merwin Gallery in Bloomington, IL. He will also be a part of a group show titled "Abstraction" at the Tory Folliard Gallery in Milwaukee, in January-February. For more information on his work and upcoming shows, see his website. Berenz has been teaching painting at UW-Parkside since 2013, and sees his continuing artistic work as essential to his teaching: "I believe being active in one's research/creative field is absolutely essential to being a good educator. I try hard to educate as a role model. I intend to encourage students through continuing to mature as a visual artist by producing and exhibiting my work. By demanding high expectations in my own professional life, students will be motivated to attain the high expectations I set for their academic work. It is my intent that they will establish high goals for themselves as they begin their careers in the visual arts."