The App Factory has been in business for almost two years. During that time, the mobile app development initiative based in the University of Wisconsin-Parkside Computer Science Department has received some media attention.

When the first really cold temperatures hit this winter, apps developed by the App Factory for Kenosha Area Transit and the Racine Belle Urban System became a hot story. 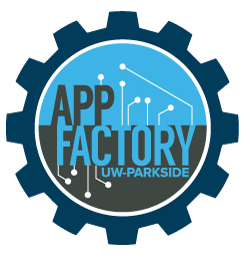