Three recent UW-Parkside graduates, and one current senior recently held UW-Parkside’s first Asian Open House. Mai Yer Yang, Kang Xiong, Maikou Lor, and Yingya Yang all came up with the idea during fall 2016 while they were pursuing the Mount Everest Leadership Certificate (Tier 3) offered through Campus Activities and Engagement. As part of one of the completion requirements, they were required to come up with a capstone project. Seeing as one of UW-Parkside’s key strong points is diversity, they realized that the Asian demographic at UW-Parkside wasn’t so high. They wanted to come up with an event targeted towards Asian high school students to get them to start thinking about college; specifically UW-Parkside. 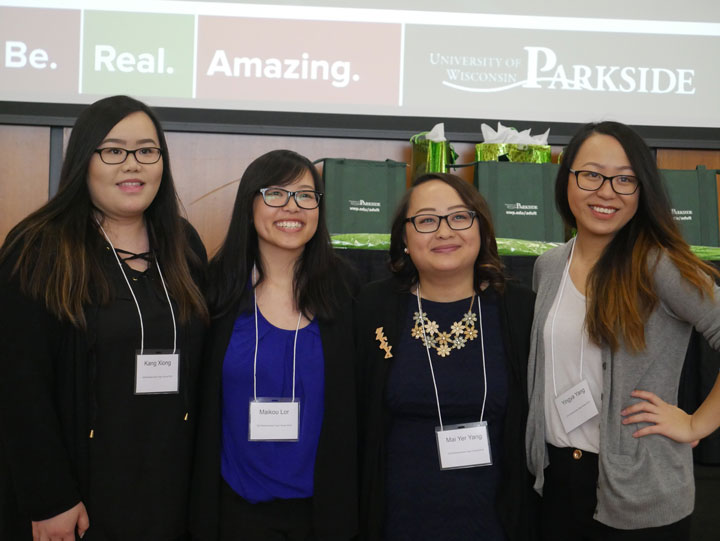 Sheboygan North High School, Manitowoc Lincoln High School, and Washington Jr. High School were all in attendance with a total of over 60 students. The day started off with a check-in and welcome from Assistant Chancellor John Jaraczewski, followed by Greek strolls from Zeta Sigma Chi Multicultural Sorority, Inc. and Alpha Sigma Omega Latina Sorority, Inc. After the strolls, Assistant Dean of Students Damian Evans gave a keynote speech while the students ate lunch provided by the Office of Diversity and Inclusion.

Students participated in four breakout sessions given by each of the organizers. 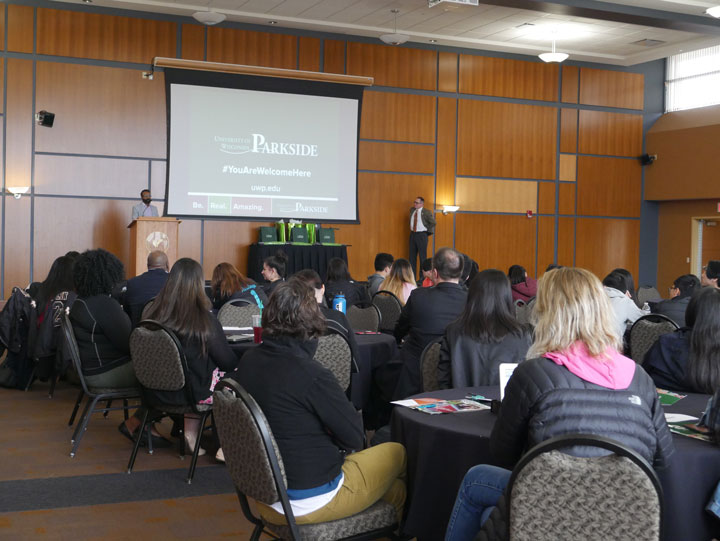 During the session, Mai Yer discussed why becoming a mentee was important. She made key points about how you receive support, learn essential communication skills, and how it is a great source for networking. She also explained her personal story on how when she first came to UW-Parkside, she wasn’t involved in anything at all, but eventually, she found her place within multiple offices and student organizations. Without the help of her mentors, she wouldn’t be where she is today.

Mai Yer said, “I think it’s very important for us to continue having the Asian Open House because where I come from, no one ever talks about UW-Parkside. It’s always about UW-Madison or UW-Milwaukee. I believe that it’s important we explore all of the opportunities that Parkside has to offer to this specific student population.”

“Being Involved on Campus”

During Kang’s session, she talked about the importance of being involved on campus; joining organizations, clubs volunteering, and just being an overall great student leader. She also discussed the importance of networking and how it opens up new opportunities. Similar to Mai Yer, Kang also opened up and shared some of her personal experiences with being involved on campus and how it has positively impacted her time at UW-Parkside.

Kang stated, “I’m a first generation college student. I think by sharing this it’s a way for students to see others and see that possibility, having somebody that they can relate to. A lot of Asian students, especially Southeast Asian students, tend to work right after high school, so I wanted to show them that higher education is a possibility.”

The Benefits of Living on Campus

During Maikou’s session she discussed the benefits of staying on campus during your college career, and how it helped her to stay focused. Not only that, but it pushed her to get out of her comfort zone and meet new people while becoming more involved on campus.

Maikou said, “I thought that the Asian Open House was important to have because we have a large Asian population in the area, but I feel that they haven't been fully exposed to what Parkside is yet. A lot Asian students may feel obligated to stay close to home due to family traditions and cultural upbringings. I just wanted to show students my experience, and the many opportunities that living on campus can bring.” 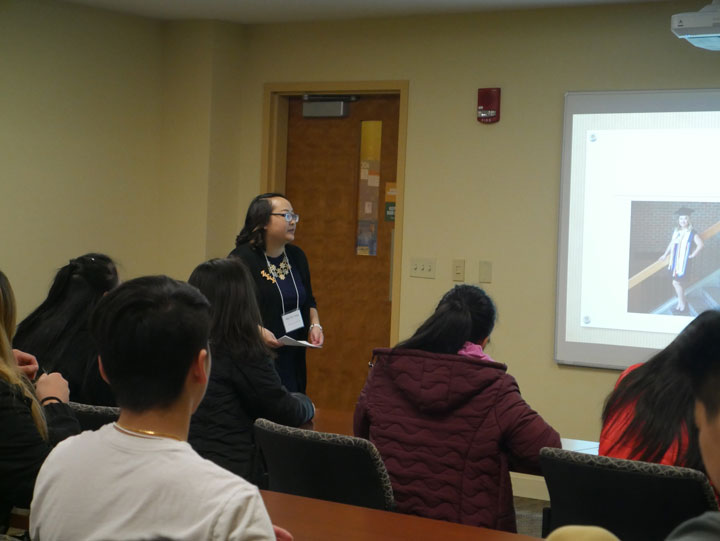 Studying Abroad as a College Student

Yingya discussed her experience of studying abroad while in college. She studied in Thailand in the winter of 2017, and will be going to South Korea in the summer. She expressed the importance of seeing other cultures and educational programs around the world. Through her experience, she learned about her own identity. She also mentioned the various scholarships/grants offered to Asian students.

Yingya stated, “Because Parkside is such a small school, we are all really close. We wanted to show the students that being a part of a small school could be very beneficial. We also wanted to give them an insight of what college is really about. It’s good for students to start to explore college at a young age.”

At the end of the open house, there was a closing by Heather Kind-Keppel, University Diversity and Inclusion Officer and a raffle drawing with 9 lucky winners. Given the positive feedback, smiles, and optimism from the students, Mai Yer, Kang, Maikou, and Yingya hopes that the Asian Open House can be a carried on tradition at UW-Parkside. 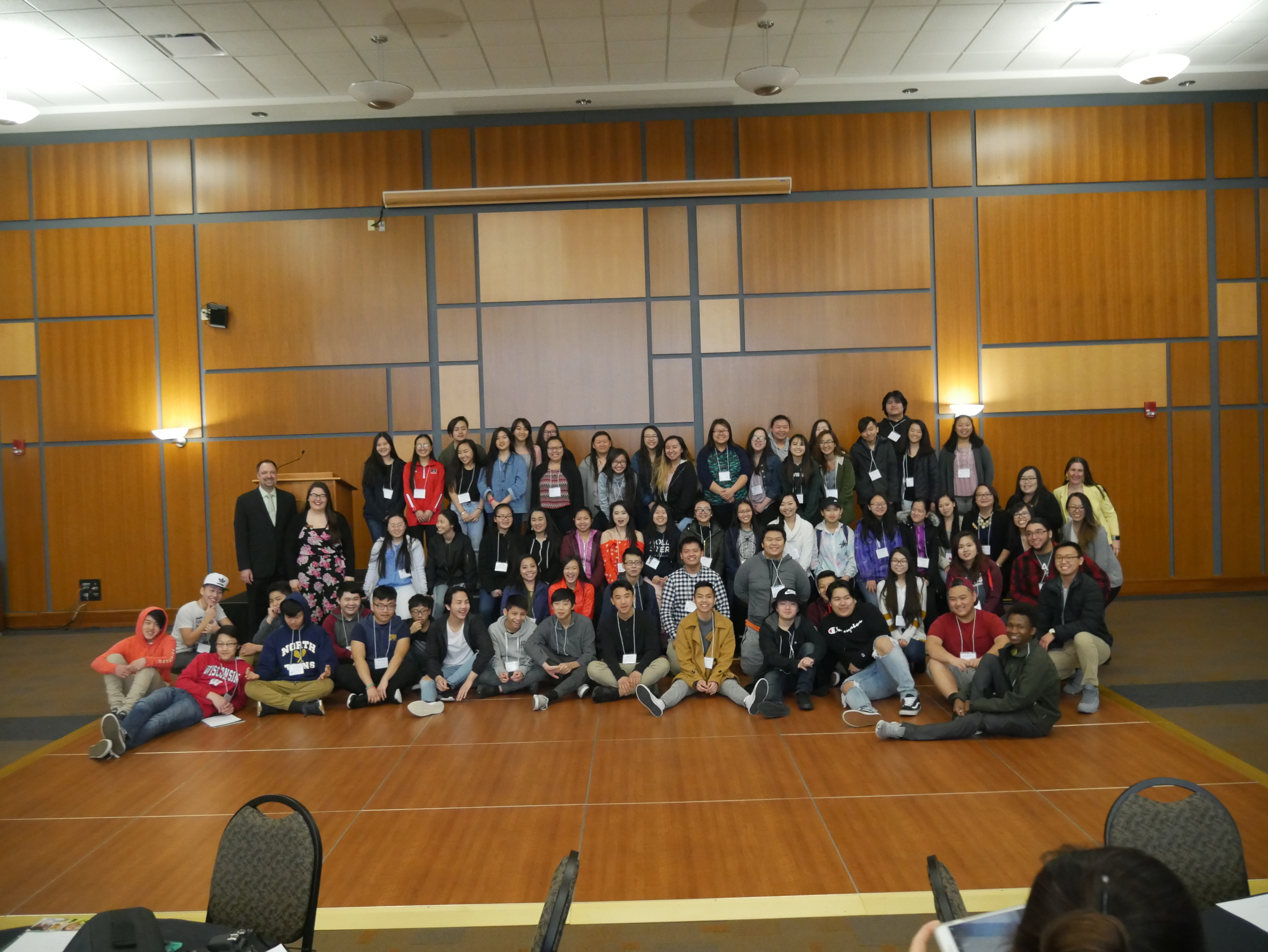 Editor's Note: They would like to send a huge thank you to: Office of Admissions, Alpha Sigma Omega Latina Sorority, Inc., Campus Activities and Engagement, Office of Diversity and Inclusion, Office of Multicultural Student Affairs, the Library, University Relations, Parkside Asian Organization, and Zeta Sigma Chi Multicultural Sorority, Inc., all of the schools that attended and any speakers from the event.