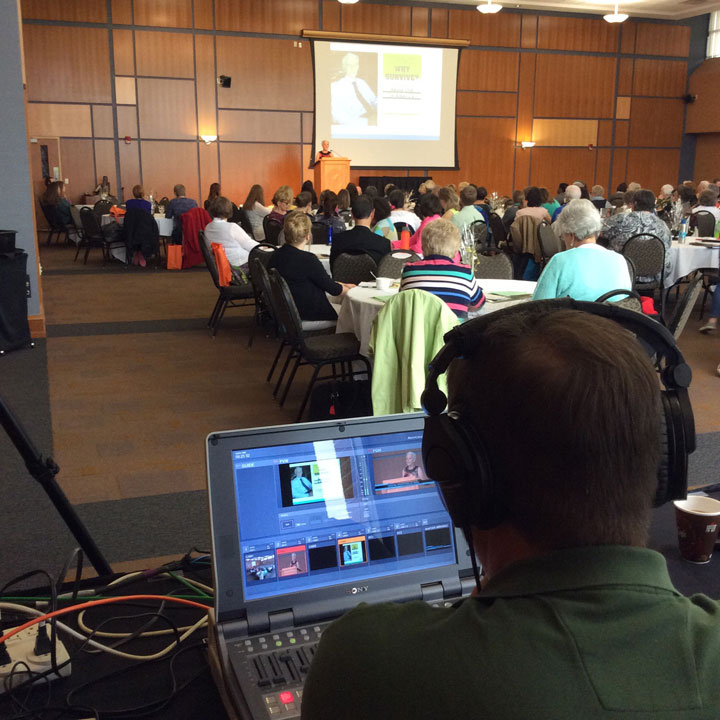 SOMERS – Close to 200 people learned more about the important and varied topic of aging at the 25th Annual Aging Well Conference presented by the University of Wisconsin-Parkside Continuing Education.

One group in attendance has the power to take the presentations and discussions to thousands throughout Wisconsin and across the globe. Wisconsin Public Television (WPT) recorded the conference and plans a broadcast on its statewide network of stations, as well as posting on the WPT website in early fall.

An impressive lineup of presenters included keynotes by Betsy Abramson, Tom Hlavacek, and Sylvia Mackey. Abramson serves as deputy director of the Wisconsin Institute for Healthy Aging; Hlavacek is executive director of the Alzheimer's Association of Southeastern Wisconsin; and Mackey is co-founder of the John Mackey Fund, an organization that supports frontotemporal-dementia research. 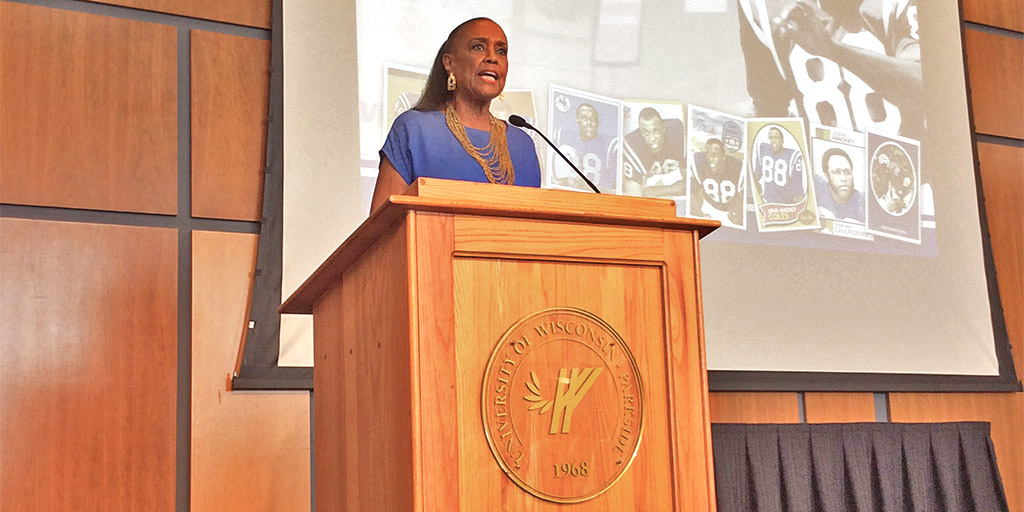 John Mackey, a former tight end for the Baltimore Colts and San Diego Chargers of the NFL, was diagnosed with frontotemporal dementia at age 65. He died four years later in 2011.

Even though John Mackey played in the NFL from 1963 to 1972, his small pension was not enough to cover the cost of assisted care as his condition worsened. Slyvia Mackey met with former NFL commissioner Paul Tagliabue and Gene Upshaw, then executive director of the NFL Players Association. From her advocacy, the "88 Plan" - named for John Mackey's jersey number - came into being in February 2007. The "88 Plan" provides yearly funds for nursing-home care and adult day care for former NFL players suffering from dementia or Alzheimer's.

Conference attendees included care-givers, those working in the field or considering a career in aging or gerontology.