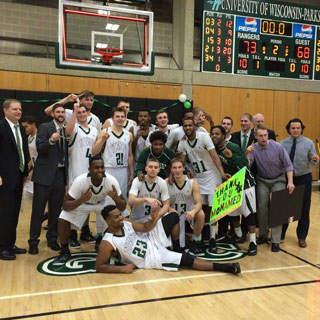 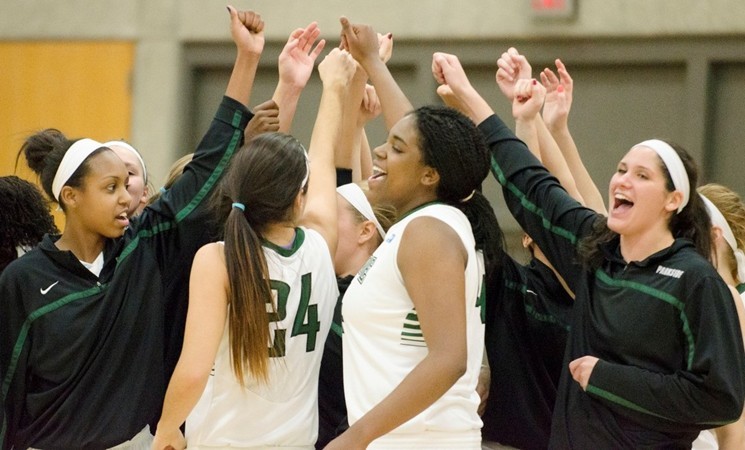 #8 Men's Hoops Travel to Louisville; Women fall to Lewis in first round

The eight-ranked Rangers will battle GLVC East Division nemesis and seventh-seed Lewis University in the opening round at Bellarmine University's Knights Hall on Saturday. UW-Parkside bested Lewis in both regular season encounters, outlasting the Flyers 69-65 on Jan. 19 in Romeoville, Ill., while staking a claim to its third straight GLVC East crown with a 73-68 win on Feb. 26 inside DeSimone Gymnasium to conclude the regular season. Game time is yet to be determined.

The winner of Saturday's Parkside-Lewis game will take on the winner of the University of Indianapolis-Michigan Tech University contest on Sunday. UIndy (23-5) earned the third seed as an at-large selection while the Huskies (19-8) are the sixth seed, also as an at-large.

HOUGHTON, Mich. (Mar. 13, 2015)--A 16-5 run midway through the second half sabotaged the University of Wisconsin-Parkside women's basketball squads potential upset bid of fourth-ranked Lewis University on Friday afternoon in the opening round of the NCAA Division II Tournament, stumbling 80-66 inside Michigan Tech University's SDC Gymnasium.

The second-seeded Flyers (29-2) owned a tenuous 50-49 lead with 10:53 afterGaby Bronsonconverted a layup before mounting a 16-5 run over the next six minutes to stake a 12-point lead. Lewis canned four threes during the outburst including back-to-back-to-back treys from Alexus Grayer.

Seventh-seeded UW-Parkside (22-8) refused to surrender, slicing the gap to just seven with 2:03 left, getting threes fromBrittney FairandStephanie Furrbut that was as close as the Green and White would get as the Flyers went on to secure the 14-point victory.


"We fought, we fought, and we fought, and some shots didn't go down. If they did it's a completely different game," said second year Head CoachJacob Yorg. "I could never ask for a better group of girls to battle with."
Scroll to top
Who Are You?