University of Wisconsin-Parkside alumna and Kenosha dentist Dr. Susan Cable has generously donated $5,000 to further the university's efforts to enhance outdoor classrooms so as to expand the school's missions of teaching, research, and community service.

Cable's donation will support three student interns to redesign the Anna Maria Williams Nature Trail, a trail dedicated to the late Dr. Anna Maria Williams, a professor of biological sciences at Parkside from 1968-1990 and founder of the university's highly successful pre-med program. Dr. Williams was Cable's mentor during her time as a Parkside pre-med student. 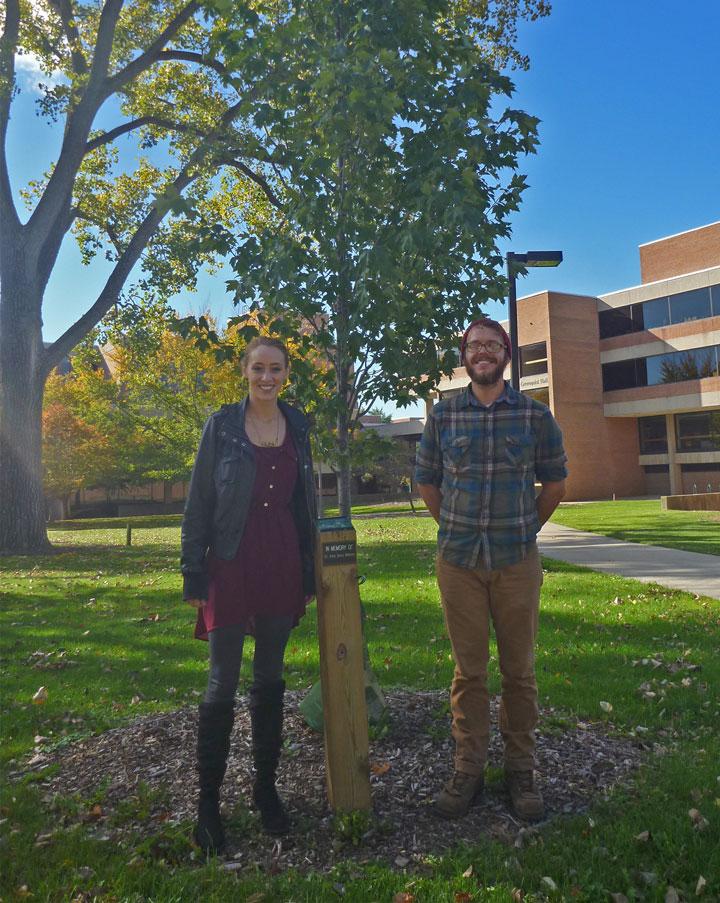 "Dr. Williams was an inspiration to me," Cable says. "I want her legacy to live on with the landscape she so dearly loved, as a living reminder of her dedication to her students and the institution."

When the trail was first designed, the hope was to highlight all native tree species in the state of Wisconsin, in addition to some of the unique geological features on Parkside's campus. Over the years, some sections of the trail were lost due to expansion of the university, including construction of the Rita Tallent Picken Regional Center for Arts and Humanities. The generous donation from Dr. Cable will allow the nature trail to be redesigned and the trail's scope will be expanded to additionally highlight the native prairie, woodland, and wetland habitats that make the campus unique in character and an excellent learning environment.

Biological Sciences Professor Dr. David Rogers will be mentoring three environmental studies interns throughout the trail's reconstruction. Seniors Joshua Carlson formally of New Lenox, Ill., and now of Racine, Wis., Anna Larsen of Round Lake Beach, Ill., and Belynda Alberte formally of Muskego, Wis., and now of West Allis, will each take on specific project roles. The goal for the interns is to increase the trail's biodiversity as well as community accessibility.

Carlson's focus will be on redesigning the trail itself so that it makes spatial sense and has a convenient loop around the campus buildings. Pre-existing campus trees will be used for the reconstruction so that nothing new will need to be planted. Carlson will also play a crucial role in choosing the correct signage for the trail that fits with the campus aesthetic.

As the trail is being redesigned, Alberte will work to collect a variety of images and information about each species that appears on the trail. Once that information is collected, it will be handed off to Larsen, who will then digitize a new map of the trail, which will include links to Alberte's information.

"Their work will make the remarkable biodiversity and natural landscape of the campus visible and available to students and the community alike," says Rogers, "both as a resource to teaching and learning, and for the contemplation of the natural world." Rogers call that trail is a fitting tribute to Dr. Williams' commitment to enriching and advancing the lives of her students. "It's a continuation," he says, "of Dr. Williams' devotion, carried out by a new generation of students with the generous support of one of her own."