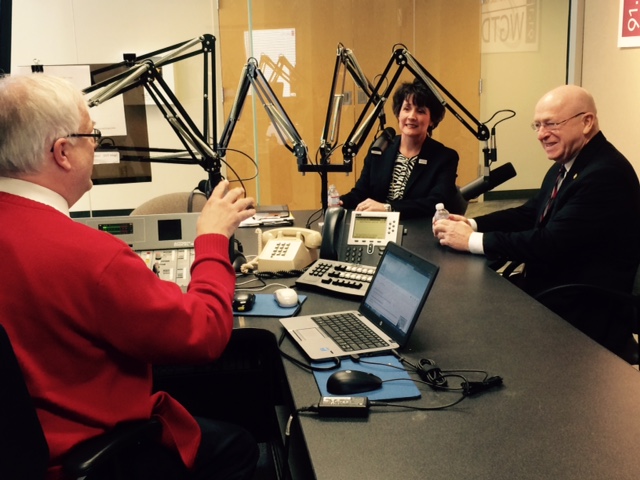 Listen to the Morning Show

The day ended in the UW-Parkside University Ballroom with Cross and Ford answering budget questions from community leaders and members of various UW-Parkside advisory boards.

Regardless of the audience -- faculty, staff, students, media or community leaders and partners -- the message was clear. 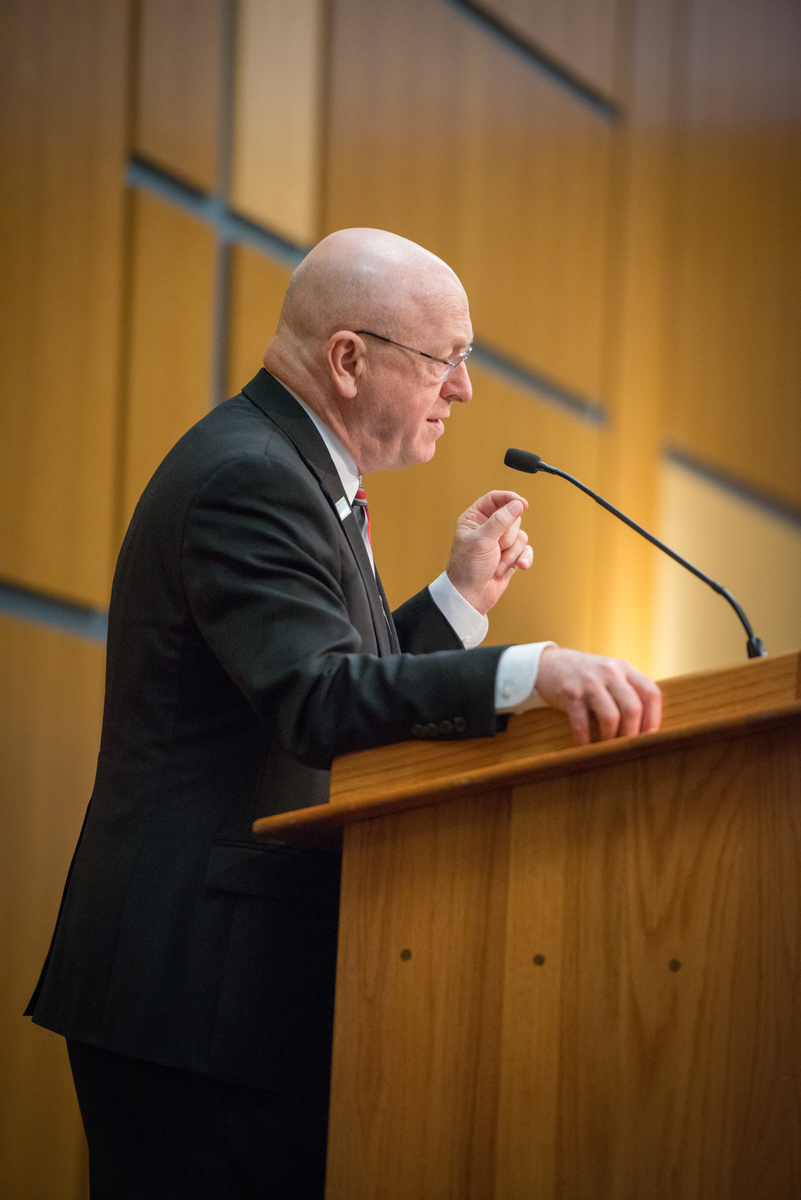 During the Morning Show interview, Ford said that in times of fiscal and operational challenge, being a part of the UW System creates added strength at the local campus level. Cross noted that for the past year his campuses have been "playing defense," as they continually answer the challenges of legislative oversight Wisconsin Legislature.

Next stop was the Kenosha News where Cross and Ford met with Jon Losness, editor; Steve Lund, editorial page editor; and Deneen Smith, reporter. Lund asked about the impact of the proposed budget cut at UW-Parkside.

"We have to understand what the amount of the reduction might be," Ford said. "We're certainly planning for a worst-case scenario, and I think that is prudent. The most important aspect for us as we plan for another reduction in state support is to make sure that we protect the student experience."

Ford has been at UW-Parkside for six years and has dealt with budget cuts from the state each year.

MEETING THE FACULTY AND STAFF

Tuesday afternoon, Ford and Cross met with UW-Parkside faculty, staff and students. Cross answered faculty and staff questions that ranged from whether there would be any campus closings to the concept of shared governance potentially moving from state statute to Board of Regents policy.

"Can the governor and the legislature change state statutes?" Cross asked  Throughout the crowd of more than 200, faculty and staff nodded their heads in agreement.

The point of the question was to help people better understand that, in Cross's opinion, the concepts of shared governance and tenure were better protected in Board of Regents policy than state statute.

Cross acknowledged that it may be time to review the governance and tenure laws currently in Chapter 36 of the state statutes. He noted that academic staff are not currently included in the state law, only in Board of Regents policy. The review and thoughtful discussion, he said, would include members of the faculty and staff.

Are there plans to close any campuses? "No," Cross said. "Let me repeat that: No."

When Cross finished the day with a presentation to business and community leaders from southeastern Wisconsin, he reminded them that the University of Wisconsin System is only partially a business. "We aren't in the business of producing widgets," Cross said. "The process that occurs in the classroom is an academic process, and it is costly and it is based on dialogue. Plato argued that learning takes place somewhere in the dialogue between pupil and teacher. You can never sacrifice that."

However, Cross said, a major portion of the UW System is a business. "It needs a responsible board," he said, "but it doesn't need to be micromanaged by the Legislature. The state, and particularly the Legislature, is at a crossroads. It has to make a decision. Either we are given the flexibility and we're going to hold the board [of Regents] accountable for achieving things, or [the state] is going to take us over.

"And why is that important? Because at its core, the future of the state is at stake."