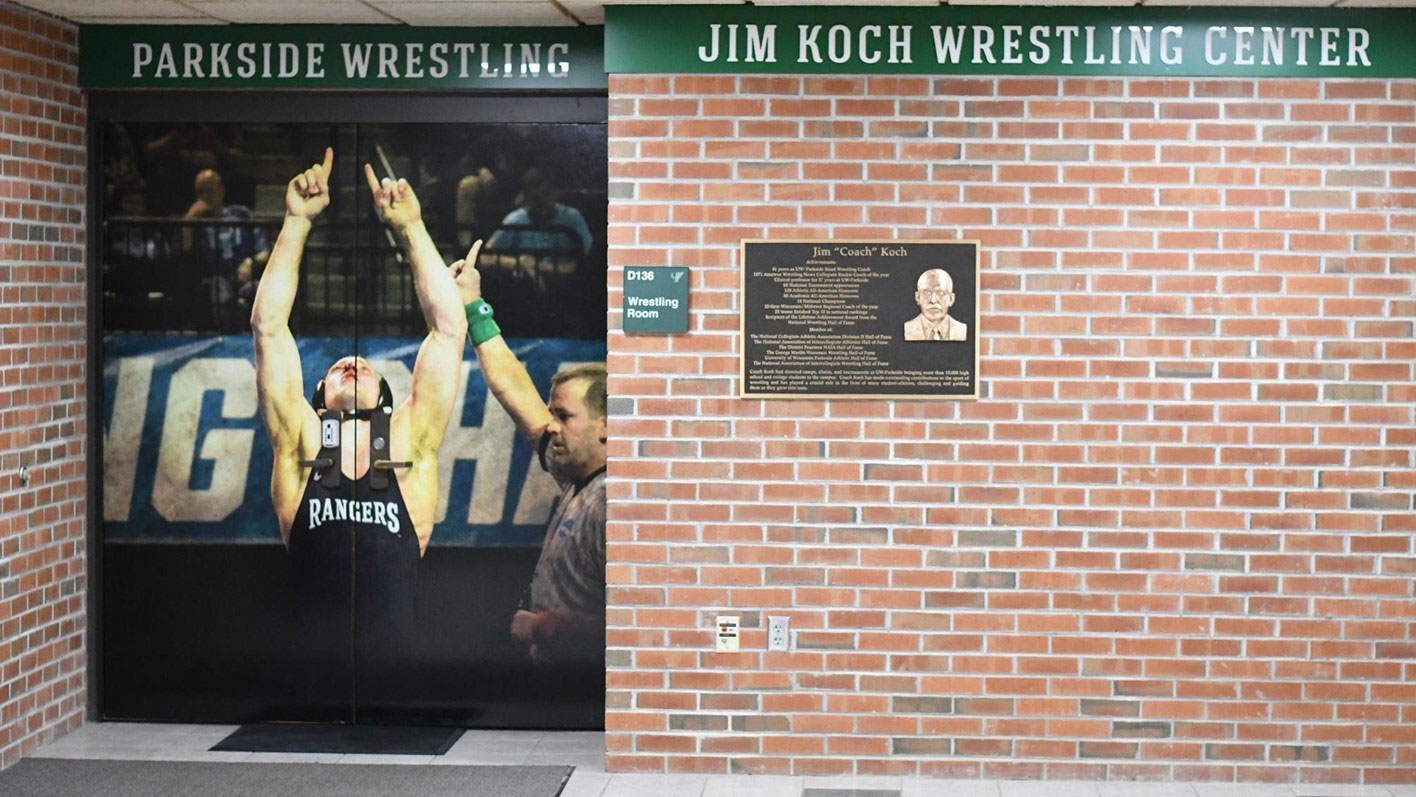 ABOUT JIM KOCH
Jim Koch was the first ever coach of the UW-Parkside Wrestling program and on-board virtually from the inception of the University when just two buildings stood on this campus. In his 41 years as the face of Ranger wrestling he guided 128 All-Americans, 80 Academic All-Americans, oversaw 68 national tournament appearances, and had 14 individual national champions. He retired in 2011 as the longest tenured collegiate wrestling coach in Wisconsin history.

Coach Koch established a tradition of excellence as 23 of his teams finished the season in the Top 10 of the National Rankings. His team's overall dual meet record was 277-168-8. Ten times he was named Wisconsin/Midwest Regional Coach of the Year while also earning the 1971 Amateur Wrestling News Collegiate Rookie Coach of the Year Award.

He was also a fixture on the national scene serving as the president of both the NAIA and NCAA Division II National Wrestling Coaches Association. On three occasions he served as the host coach as UW-Parkside hosted the NCAA Division II National Tournament. He directed camps, clinics, and tournaments at UW-Parkside which have brought more than 15,000 high school and college age students to the campus.

Koch also spent 37 years as a clinical professor at UW-Parkside as well as serving as the University's Director of Intramural Sports for 15 years.

Watch a video of the unveiling at parksiderangers.com/news/2018/12/5/wrestling-officially-unveils-jim-koch-wrestling-center