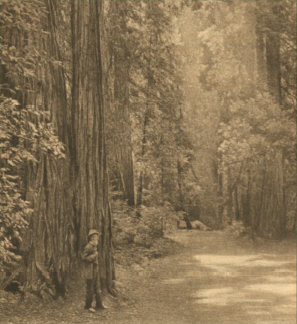 UW-Parkside library will host the traveling exhibit “Wisconsin’s John Muir” from Tuesday, Oct. 24, to Tuesday, Nov. 11. The event will include a talk by John Reindl from the Sierra Club on Tuesday, Nov. 7, at 6 p.m. Light refreshments will be provided.

The traveling exhibit illustrates Muir's youth in Wisconsin, his activism for national parks, and his views on environmental issues including logging, hunting, and climate change. The exhibit showcases replicas of images and manuscripts from the Wisconsin Historical Society’s library and archives in addition to Muir quotes and interpretive texts. This event is also commemorating the centennial of the National Park Service.

Reindl has been a member of the John Muir Chapter of the Sierra Club since the 1970s, and was active as a group chair, statewide membership chair and treasurer for the state chapter’s political action committee.

Reindl is a retired environmental engineer who focused on recycling. He worked primarily for government agencies to help communities establish programs, including heading up Dane County’s mandatory program, which was developed before the state adopted its mandates. Along with paper and containers, Dane County also instituted programs for the recovery of mercury from products and the recycling of manure from dairy farms as part of a program to help protect the water quality of lakes in Madison.

In the 1980s, Reindl led a successful effort to raise funds for the purchase of 27 acres north of the lake where the Muir family had settled in 1849 when they came to Wisconsin from Scotland. This land had been farmed and was restored by the Club and the Wisconsin Department of Natural Resources to a prairie and donated to Marquette County to be added to the County’s John Muir Park. The fund raiser was national in scope and awards were granted by the national and state Sierra Club as well as from DNR. In 1985, Reindl gave a presentation at the ceremony to induct John Muir into the Wisconsin Conservation Hall of Fame when John Muir and Aldo Leopold became the first two inductees.

Last year the Wisconsin Historical Society provided the free exhibit to local public libraries and historical societies in 25 communities around the state.

The Muir exhibit and reading program is funded by bequests from John A. Peters and the Kenyon and Mary Follett family.