Conner and Feltman were honored for their work in "Reasons to be Pretty." The production was one of only seven, out of 30 entries, invited to perform in front of an audience of more than 500 at the Region III KCACTF in January. 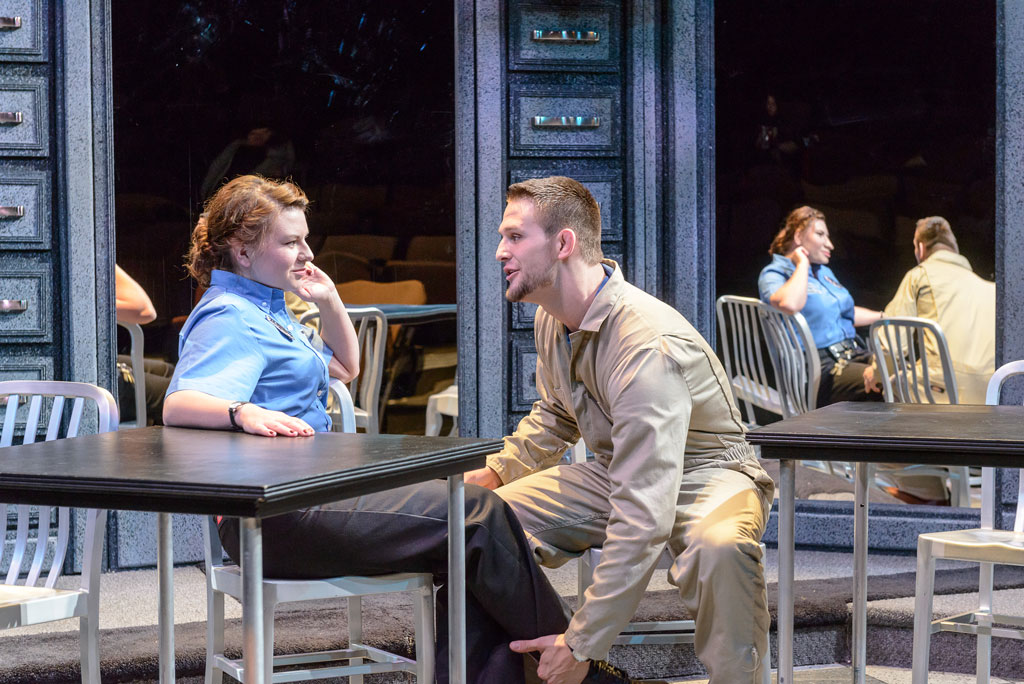 "More than 20,000 students from 700 colleges and universities nationwide are involved in KCACTF," said Jody Sekas, assistant professor of theatre arts and chair of the UW-Parkside Theatre Arts Department. "This national theatre program serves as a catalyst to improve the quality of college theatre. For our students to be selected, and as two of only four national awards in our region, is a tremendous honor and a testament to their talent and training here at UW-Parkside."

In addition to the most recent accolades, the UW-Parkside theatre company earned numerous honors during the festival in January:

Feltman and Gray advanced from more than 800 students in Region III to 80 students in the semifinal round. The UW-Parkside theatre company also won the prestigious Golden Hand Truck award for the best load-in (set up) and load-out (take down) of the scenery, lighting, costumes, and sound, among all the invited productions at the Region III festival.