It all started with the "King of Hearts" 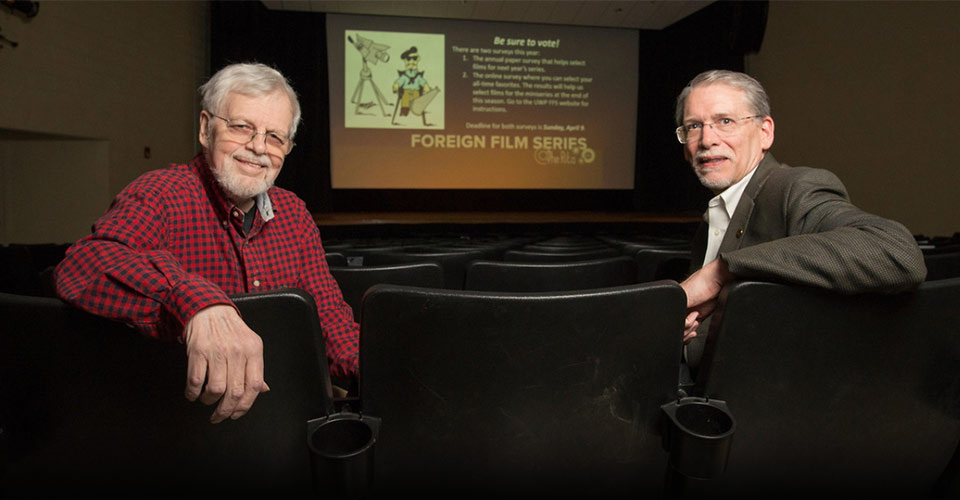 If you live in southeastern Wisconsin and you are a fan of the UW-Parkside Foreign Film Series, you can be thankful that Dr. Norm Cloutier enjoyed watching foreign films in grad school. That experience was key in Cloutier's decision to start the iconic film series 35 years ago with the help of his colleague in the English Department Don Kummings.

Cloutier has been a member of the UW-Parkside Economics Department for more than 35 years. In his very first year, he was placed on the faculty's lectures and fine-arts committee. Being the new kid on the block, Cloutier recalls, "I was elected chair before I knew what hit me."

To make the job even more interesting, the committee didn't have any money. The committee was encouraged to develop proposals that would be reviewed and - possibly - funded. 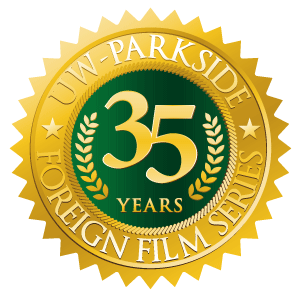 I have an idea…

Cloutier remembered the small grad-school group watching 16mm foreign films in the basement of the Christian Women's Temperance Union in Morgantown, W.Va., passing the hat each week in order to rent the next classic.

Other UW-Parkside faculty members loved the idea and the rest is history. 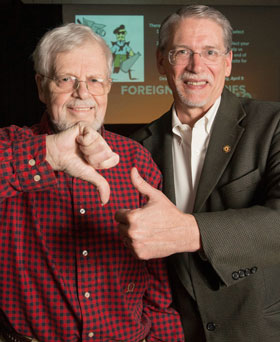 Cloutier's colleagues on the committee, having seen a few other film-series ideas fail, were not impressed. Kummings, however, agreed to help. While Cloutier may have watched foreign films in grad school, he had no experience running a film series. Enter Kino film distributors and a suggestion to contact Lawrence University in Appleton, Wis., where a successful foreign film series was up and running.

Tom Lonnquist, an event coordinator at Lawrence, was happy to help - for a small fee. "He said he would share some key features of his program if we paid him the value of the first 25 season tickets we sold after we broke even," Cloutier said. "So if the series did not generate enough revenue to cover costs, we would owe him nothing.

"Of course, he did get paid because we sold out the very first season."

Lonnquist's advice included low-cost marketing. Cloutier and Kummings asked banks to include small flyers in bank statements mailed to customers each month (when banks actually mailed statements to customers). Cloutier estimates close to 80,000 one-third page flyers were distributed each year in the first few seasons. One of Lonnquist's other secrets: only sell season tickets.

Sixteen international films were screened during the inaugural series, which began in 1982. Each film was shown twice. The current Foreign Film Series screens each film six times. The program continues to grow and there are now more than 1,400 subscribers.

In 2012, ticket prices were increased slightly and Cloutier heard from a few of his patrons. "I could not help myself," Cloutier said. "The economist in me had to take a close look at the history of our ticket prices adjusted for inflation."

Cloutier developed a chart that clearly showed the 2012 Foreign Film Series ticket price was lower than when the series began. And, with inflation figured in, it's even lower today. 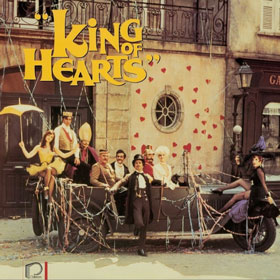 After screening hundreds of foreign films over four decades, a rare opportunity to relive the very first film may take place later this spring.

Shortly after the current season is finished, Cloutier and Kummings are personally selecting some of their favorite films for a smaller series in honor of the program's 35th anniversary. "King of Hearts" was the first film shown in 1982 and it is expected to be part of the upcoming mini-series.

After 35 years in "show biz," Cloutier acknowledges that there have been a few rather humorous moments. Like the time audience members were not exactly sure what they just watched. Films used to be delivered on small reels that were spliced together onto a large reel. One year, Cloutier was teaching a night class and was unable to attend the Thursday night screenings. But he enjoyed leaving campus at the end of each film just to overhear the reactions of his patrons as they exited the theater.

"This one film, all I could hear was how confused people were," Cloutier said. "What had happened was this film came in five reels and they spliced it incorrectly. It started in the middle somewhere, then came the credits, followed by the introduction.

"But, they said that by the end it all made sense."