The UW-Parkside mock trial team competed in the Macalaster Invitational tournament earlier in the month of November. Several individuals were nominated for individual awards and the team as a whole had a very successful competition. The team later competed at the Lewis University Invitational where their run ended.

The Politics, Philosophy and Law (PPL) department, along with the College of Social Sciences and Professional Studies, would like to highlight all of the hard work and dedication that this team's members did throughout the season. Great work to all of you, as well as their coach, PPL Professor Ross Astoria. 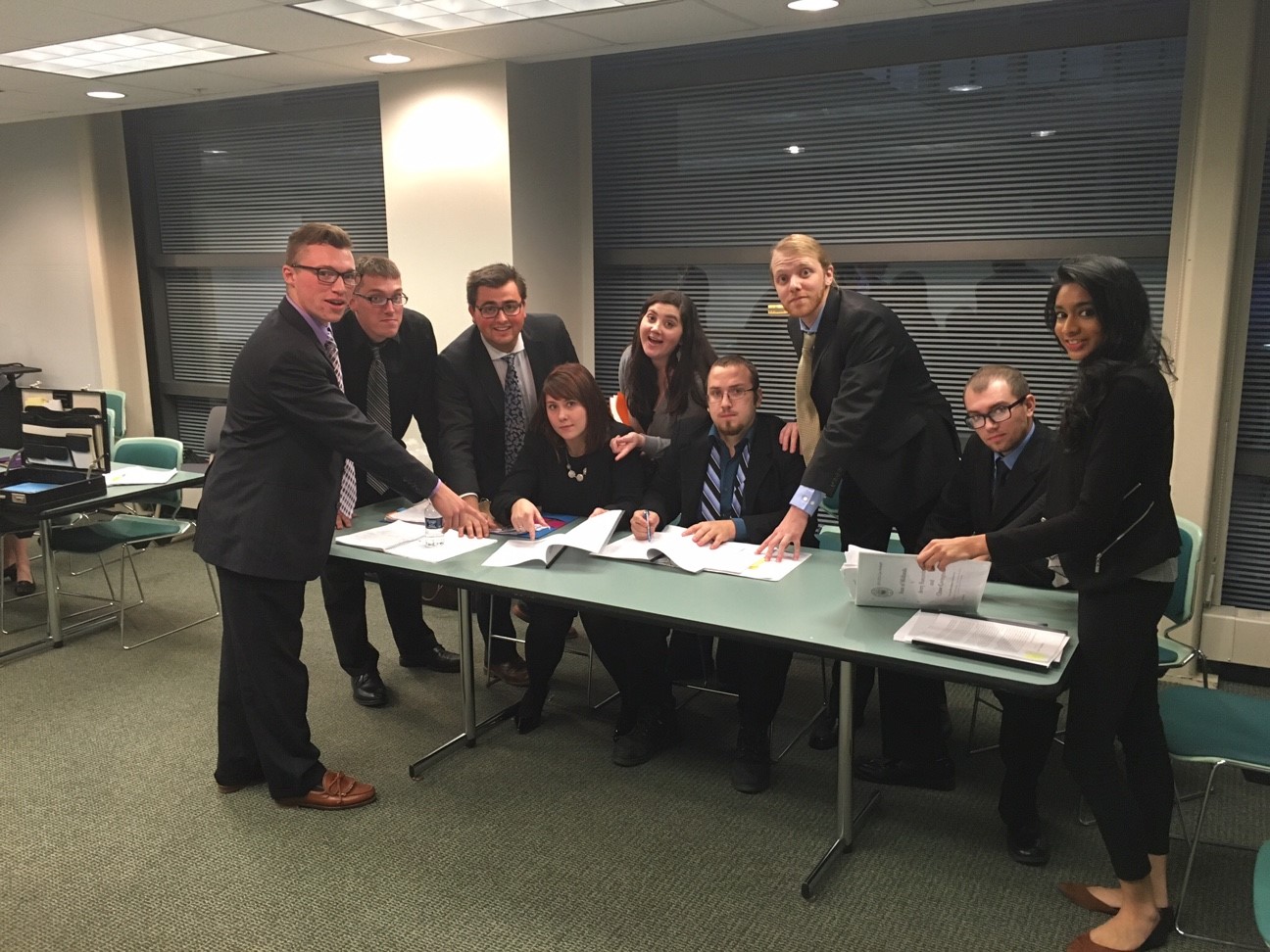