The NCAA selection committee gave the 14th-ranked Rangers (24-5) the top-seed in the Midwest Region. Parkside defeated 9th-ranked Kentucky Wesleyan College (27-3) in the opening round Saturday 74-65. The Rangers fell to Saginaw Valley State 92-77 in the semifinal round Sunday. 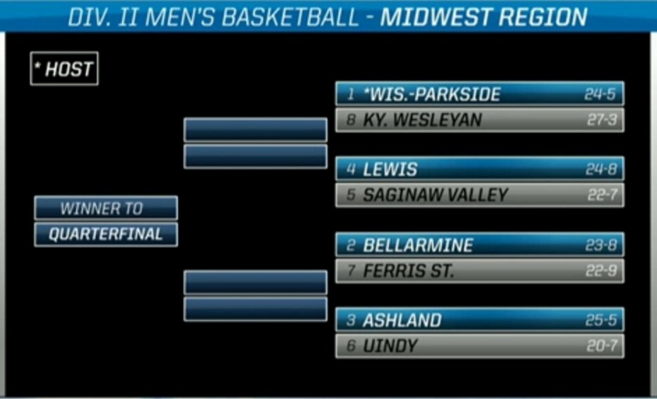