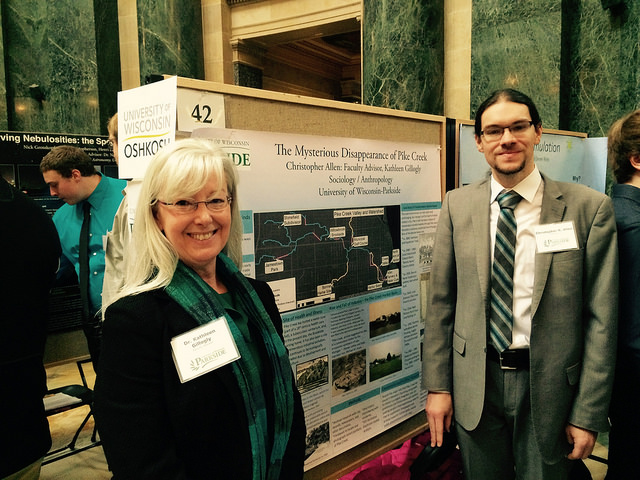 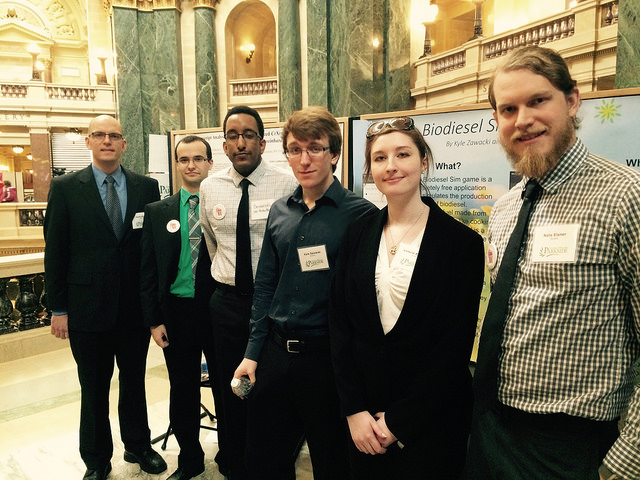 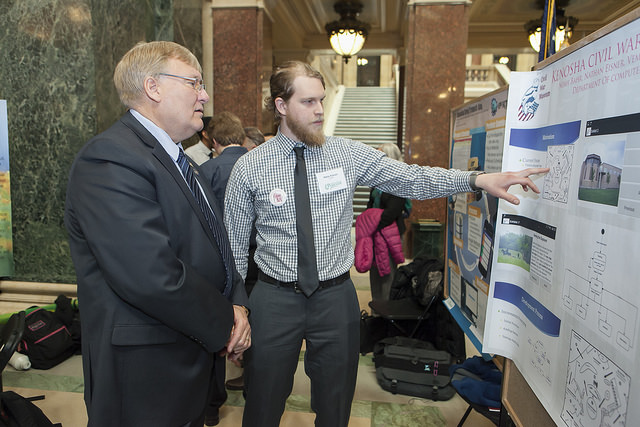 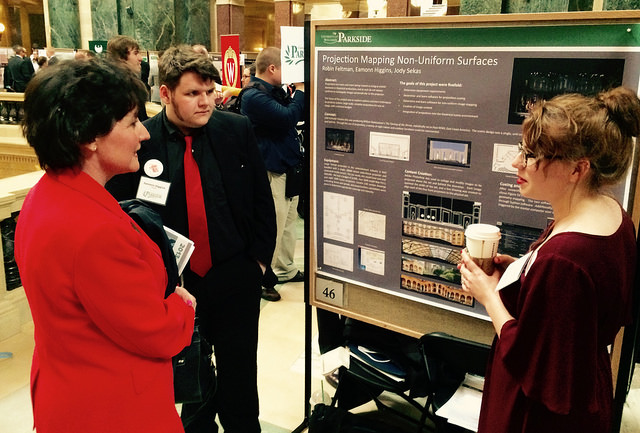 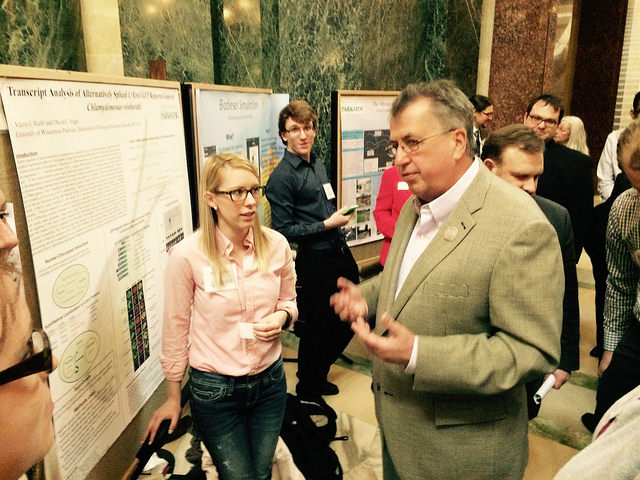 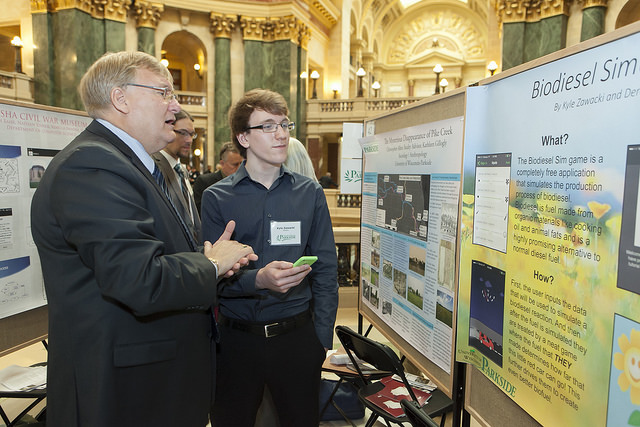 Ten undergraduates from the University of Wisconsin-Parkside were among more than 100 of the UW System's best and brightest at the Capitol Rotunda in Madison, April 22. The students shared original research with legislators, state leaders, UW alumni, and supporters.

UW-Parkside students and their research topics