History Major Lets His Hair Down

For three weekends in March, Matt Ragalie ('13) used his experience as a history major at the University of Wisconsin-Parkside to bring Claude to life at the Rhode Center for the Arts in downtown Kenosha. 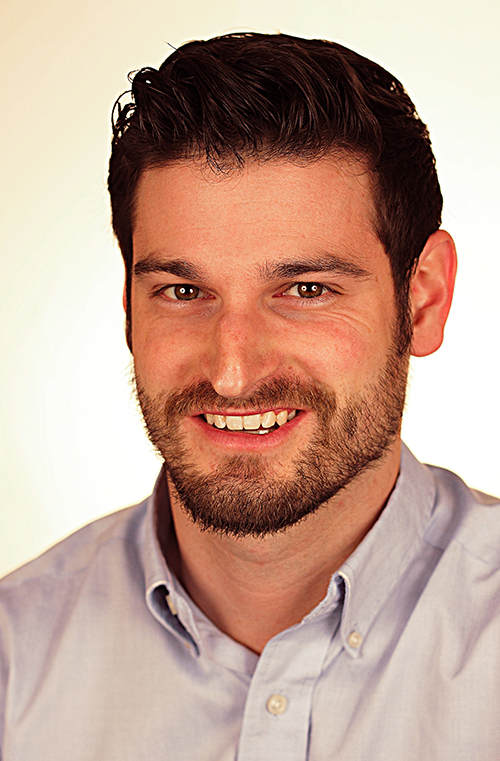 Claude is a lead character in the iconic '60s musical "Hair," which was presented by the Kenosha community theatre company Lakeside Players. Many who attended the show talked with Ragalie about his convincing portrayal and shared their personal memories of a country divided by the Vietnam War almost a half century ago.

Ragalie described a scene where Claude's father proudly presents him with his draft card. "He hands me the envelope and there was a gasp in the audience," Ragalie said. "There were enough people who were from that time where they felt the severity and the weight of the situation."

In another scene, draft cards are being burned. "But my character just can't do it," Ragalie said. "He just can't bring himself to do it and fully commit to being a hippy. After the show a person stopped me and said, 'Hey, I burned my draft card.' Then he told me, 'And wouldn't you know it, two years later I enlisted.' What a difference two years can make. It's interesting to do a show that is still part of people's lives."

In preparing for "Hair," Ragalie watched numerous documentaries from the late '60s and read a book about the show written by one of the original "tribe" members. He also drew on his Parkside experience, including a summer-immersion class focused on the year 1972 with Associate Professor of History Dr. Ed Schmitt. That class, Ragalie said, helped him create his version of Claude.

"While still a little removed from '68, we spent the whole summer digging into documents from 1972," Ragalie said. "It gave me a feel for the times and I think I carried that over to this show."

Ragalie credits his history education with developing critical-thinking and analytic skills: "When I was in high school, teachers would give me a textbook and say, 'Read the textbook and this is what happened.' In college history, professors said, 'Check out 20 different books on the subject, weigh what is being said and form a conclusion; understand that everyone who writes something has their own motive and bias.'" 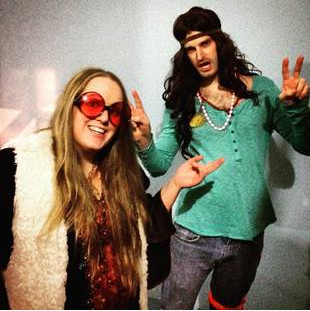 At Bradford High School in Kenosha, Ragalie took part in numerous musical and dramatic productions. Since then, he says theatre is something he does for fun. Ragalie's career is in trucking logistics. "Not really the most history-related field," he said, "but definitely a field that keeps me thinking and problem-solving every day."

"Hair" was the first show Ragalie did with performances over three weekends. "The audience was very receptive," he said. "And when we put those wigs on … every night was just a blast."