Parkside Intern Getting Real Life Experiences with the Racine Raiders

The partnership between the University of Wisconsin-Parkside and the Racine Raiders will take a new step Saturday. The Raiders host the Leyden Lions on the field, and fans tuning into the broadcast will notice a difference. 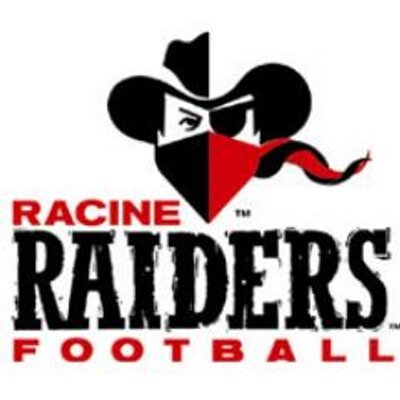 Racine Raiders broadcaster Don Wadewitz will be hosting the inaugural Washington Park High School Football Hall of Fame Banquet and Auction, leaving the radio play-by-play seat open for the July 8 game at Historic Horlick Athletic Field. The Raiders will count on one of their UW-Parkside interns Brady Russell to fill the role.

“Brady has done everything we’ve assigned to him this season,” said Tom Christensen, who leads the internship program for the Raiders. “He filled in doing public-address announcing and being our music coordinator for a couple of games, produced our weekly Raider Roundup shows, and did sideline and color commentary work on our broadcasts.”

Russell, who will be a sophomore this fall at UW-Parkside, has enjoyed the opportunities the Racine Raiders organization has provided as he discovers what path he wants to ultimately take in sports and broadcasting.

“The ability to try out new things and figure out the niche that works for me is something that I’m so happy to do,” said Russell. “I can’t thank the Raiders enough for providing me with those opportunities as many college kids are begging for experience in their degree field and I get it every Saturday.”

While the July 8 game will be Russell’s first time doing play by play for an entire football game, he did get an opportunity to test the waters this past Saturday. Wadewitz and Russell switched roles midway through the third quarter of the Raiders 51-0 win.

“I don’t mind stepping aside and letting someone like Brady, who has always stepped up to the plate for us, get a chance to highlight his abilities,” said Wadewitz. “The Raiders took a chance on me several years ago and it’s led to many other opportunities for me in sports and broadcasting. It’s the reason I keep coming back, so I can continue to give back to the community, the team, and aspiring broadcasters.”

In the last five years, the Racine Raiders have had several of their staff move on to other jobs in the broadcast and sports industries. Those individuals all got a start working Racine Raiders' games and now have full-time and part-time jobs working for radio stations, colleges, and sports teams.

“The Racine Raiders have a proven track record of helping young people get jobs in the industry,” said Wadewitz. “It’s great to know that we helped play a role in them getting closer to achieving their goals and dreams.”

Evan Witalison will join Russell on the broadcast on WIPZ 101.5 FM, Ranger Radio, with the pregame show beginning at 6:45 p.m. The game can also be heard at the WIPZ website www.wipz.org and via the TuneIn app on mobile devices.