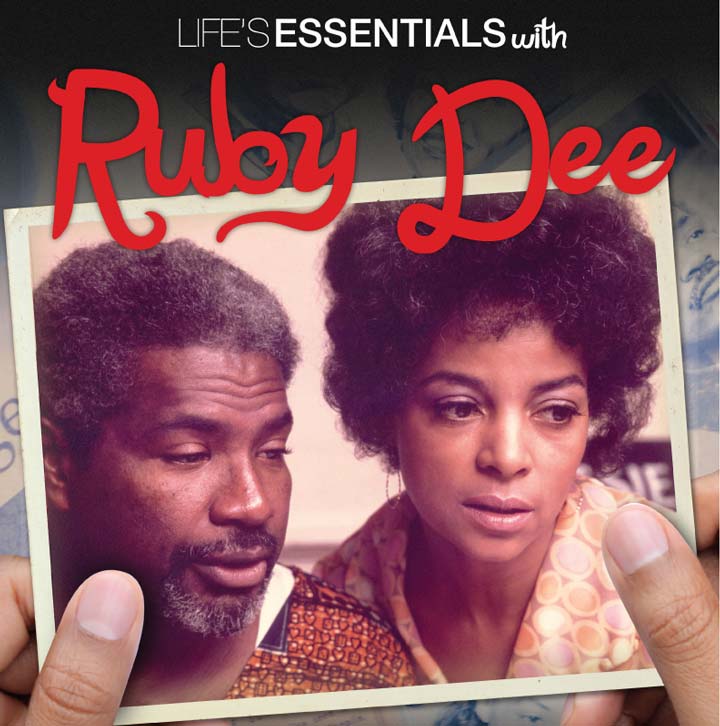 Black Nouveau previews the "Life's Essentials with Ruby Dee" documentary that will be screened at UW Parkside Cinema. Sydne and Tim Mahone speak about the film and their connection to Ruby Dee and Ossie Davis. Watch Now

For more than a half century, audiences have been mesmerized by the love story between Hollywood legends Ossie Davis and Ruby Dee. Now, their grandson, Muta'Ali Muhammad, unearths the foundation of this unbreakable bond in the documentary "Life's Essentials with Ruby Dee."

The Midwest premiere, in celebration of Black History Month and hosted by the University of Wisconsin-Parkside, is sponsored by the Kenosha Community Foundation and the Mahone Fund. The screening takes place at 7 p.m., Tuesday, Feb. 17, in the UW-Parkside Student Center Cinema. Tickets are $15 and can be purchased online at http://www.uwp.edu/engage/rubydee.cfm.
Muhammad chronicles his grandparents' remarkable journey as trailblazers in the arts community and activists in the Civil Rights Movement. He also shares exclusive video footage, family photos and memorabilia. A host of celebrity friends like Alan Alda, Angela Bassett, Harry Belafonte, Danny Glover, Hill Harper, Samuel Jackson, Spike Lee, S. Epatha Merkerson, Phylicia Rashad, Glynn Turman, Dr. Cornel West, Sonia Sanchez and Malik Yoba share eyewitness accounts of this American legacy.
Through conversations with his grandmother, an award-winning actor, playwright and activist, Muhammad not only discovers intimate details about his grandparents' relationship, but also questions his ability to carry on the very dynasty that gave him life. In the film, the director breaks the wall between himself and his subject to ask heartfelt questions of his grandmother. "How do you stay faithful? And if I can't see myself doing that, how can I honestly get married knowing that I could eventually break the heart of the woman I love?"
Dee states, "I can't say I didn't do anything to make Ossie unhappy…" as she carefully reveals the core commitment made between her and Davis. Her answer only sparked more questions for Muhammad, provoking him to dig deeper into the family archives and the history of Davis and Dee's union.
By capturing his grandmother's perspective about life's essentials -- love, marriage, commitment, conscious art and activism -- Muhammad preserves the wisdom of Davis and Dee for many longing to create a tradition of rich living that impacts today's society.
"Life's Essentials with Ruby Dee" Sponsored by the Mahone Fund and the Kenosha Community Foundation 7 p.m., Tuesday, Feb. 17, in the UW-Parkside Student Center Cinema View movie trailer and purchase tickets at http://www.uwp.edu/engage/rubydee.cfm

Brooklyn-born film producer Jevon "NJ" Frank has an instinctive talent for photography and film. His passionate, notable projects are known for their thought-provoking impact. For more than a decade, NJ has established a broad, devoted portfolio of clients including: AAA, The Mo'Nique Show, Michael Mauldin's Fastlife 360, Atlanta Motor Speedway, Universal Music Recording artists Bun B, Atlantic Music Recording artist T.I. and Johnson Publications' Ebony and Jet Magazines. NJ recently wrapped production on "Submit: The Reality of Cyber Bullying," a documentary which he hopes will bring awareness to the growing problem of individuals spreading hate and humiliation through social networks and other forms of electronic communications.
Event Contact:
Laura Littel
littel@uwp.edu
262-595-2039
Scroll to top
Who Are You?