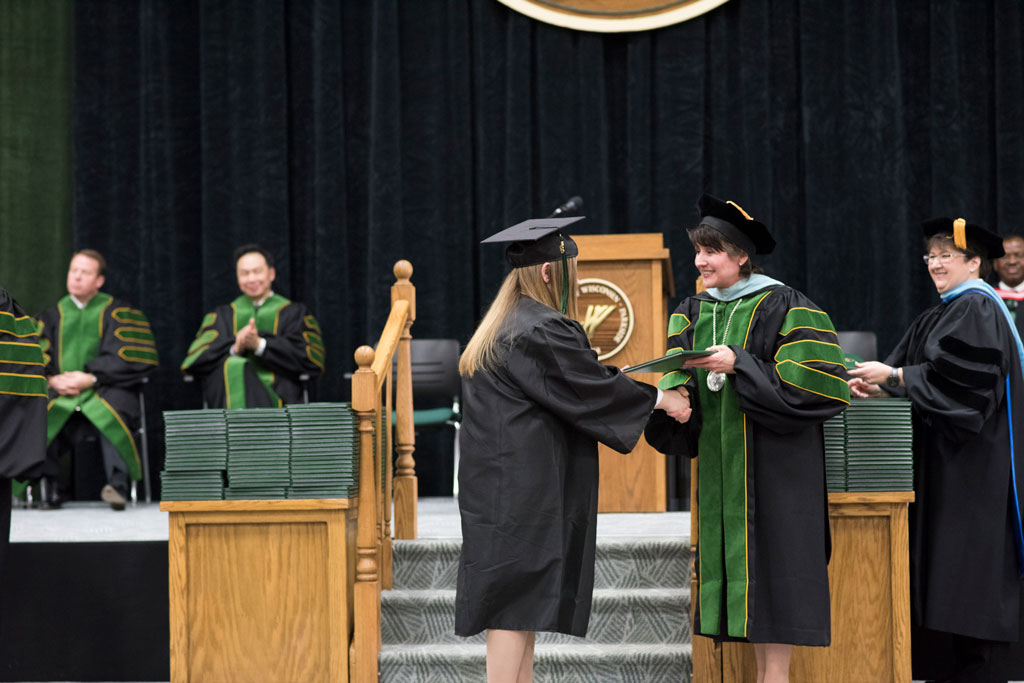 A record number of students graduated from the University of Wisconsin System in the 2017-18 academic year, according to figures released Wednesday on the System’s innovative Accountability Dashboard. The 36,825 graduates at all levels represent an increase of 13.4 percent over 10 years earlier (2007-08, when 32,475 degrees were conferred). Degrees at the bachelor’s (27,623) and doctorate professional-practice (862) levels were conferred in record numbers.

In the past decade, the University of Wiscosin-Parkside conferred a total of more than 6,700 undergraduate and graduate degrees -- the most in any 10-year period in university history.

“Students and parents recognize that Wisconsin’s public universities are accessible and affordable, and these graduation numbers indicate that UW System faculty and staff are doing a great job helping students progress toward a degree,” said Ray Cross, University of Wisconsin System president.

The figures released Wednesday show that the number of UW System graduates has been steadily increasing in recent years. UW System institutions are increasingly using high-impact practices, such as undergraduate research, internships, and intensive advising, to better help students progress toward a degree.

The UW System is a key supplier for Wisconsin’s talent pipeline. UW System graduates earn higher wages after receiving an affordable education at one of the UW System’s 13 institutions. Moreover, this education investment stays in Wisconsin: 81 percent of UW System alumni live and work in the Badger State five years after graduation.

“The UW System is helping meet the needs of employers in high-need employment areas, contributing to our communities and our economy,” said Regent President John Robert Behling.

More information, including historical data, about UW System degrees conferred can be found at the UW System’s accountability dashboard: https://www.wisconsin.edu/accountability/. The UW System was one of the first state university systems to issue a public accountability report when it began doing so in 1993. UW System accountability measures took their current form as an interactive dashboard in 2015.

The University of Wisconsin System serves more than 170,000 students. Awarding 36,000 degrees annually, the UW System is Wisconsin’s talent pipeline, putting graduates in position to increase their earning power, contribute to their communities, and make Wisconsin a better place to live. More than 80 percent of UW System graduates stay in Wisconsin five years after earning a degree. The UW System provides a 23:1 return on state investment. UW System institutions also contribute to the richness of Wisconsin’s culture and economy with groundbreaking research, new companies and patents, and boundless creative intellectual energy.