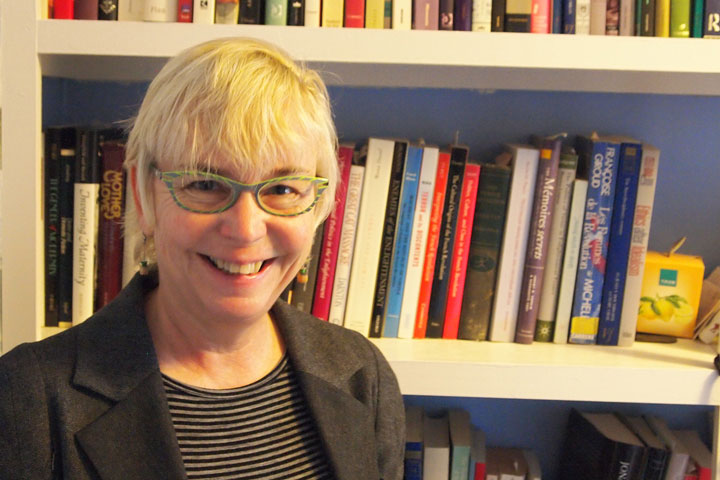 Dr. Lesley Walker named dean of the College of Arts and Humanities

Walker Chosen as Dean of the College of Arts and Humanities

Published: December 23, 2014
University of Wisconsin-Parkside Provost Dr. Fred Ebeid announced the appointment of Dr. Lesley Walker as dean of the university's College of Arts and Humanities. Dr. Walker previously served as associate dean of the College of Liberal Arts and Sciences at Indiana University South Bend. She begins her new duties July 1, 2015.
"With Dr. Walker's vast experience in the liberal arts and sciences, she brings a fresh and very global perspective to UW-Parkside," Ebeid said.
Dr. Walker earned her undergraduate degree with a major in French and a master's degree in French Literature from Indiana University. She earned a Ph.D. in comparative literature from the University of Minnesota.
"I am excited and energized by the opportunity to lead the College of Arts and Humanities at UW-Parkside," Walker said. "I look forward to working with an excellent faculty and staff to provide a top-notch education for our students."
She joined the Indiana University South Bend faculty in fall 1997. Dr. Walker chaired the World Languages Studies Department from 2003 to 2010. She also served the university as acting chair of the History Department, interim director of Women's Studies, and president of the Academic Senate.
Dr. Walker led a university-wide initiative to create a first-year experience program aimed at improving student retention. Her research interests include 18th-century French studies, specifically women's art and literature. "A Mother's Love: Crafting Feminine Virtue in Enlightenment France" was published in 2008 by Bucknell University Press. Since the appearance of her book, Dr. Walker has published several articles in French devoted to late 18th- and early 19th-century women writers.
Working with a colleague from the University of Notre Dame, she organized an international conference on the French Revolution that welcomed scholars from France, the United Kingdom, Canada, Japan, and the United States.
Dr. Walker has taught courses in French language, literature, and culture at all academic levels. In addition to French studies, she has an abiding interest in cinema and African literature and has developed courses in these areas.
In 2012, Dr. Walker earned the Indiana University South Bend Distinguished Research Award. In 2002 and 2009, she received the Indiana University Trustees' Teaching Award.
Scroll to top
Who Are You?