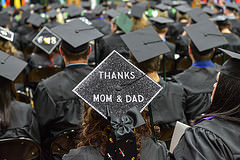 Grads enjoy a special day during the Winter 2014 Commencement 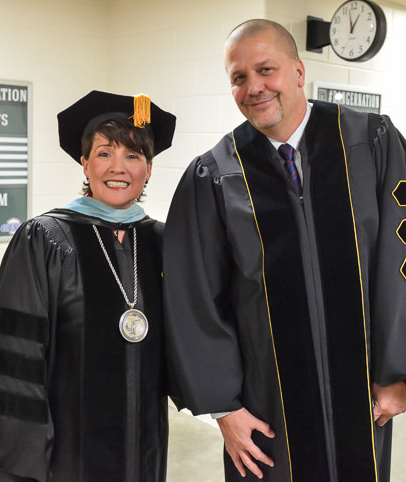 When University of Wisconsin-Parkside Chancellor Debbie Ford addressed graduates, their families and friends, and Parkside faculty and staff, at Saturday's UW-Parkside Winter Commencement, she welcomed them to the 30th or 31st winter commencement in the history of the university. More on that, later.

From the Chancellor's point of view.

The 2014 Parkside Winter Commencement acknowledged the academic efforts of 274 new graduates. Of that group, eight were the first in the 46-year history of the university to earn a marketing major. The marketing program was promoted from a concentration within the AACSB-International accredited business program early in 2013. 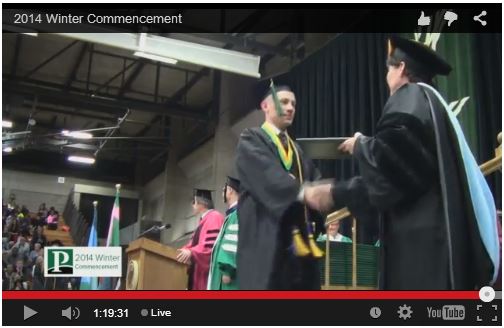 It had been almost 30 years since Dr. Jeffrey Medin walked across the Parkside commencement stage to receive his biological sciences major in 1985. Medin returned as the featured speaker. He currently serves as a senior scientist at the University Health Network in Toronto with appointments at the Ontario Cancer Institute, the Toronto General Research Institute, and the Toronto Western Research Institute. He is also a professor in the Department of Medical Biophysics and the Institute of Medical Sciences at the University of Toronto, and has given back to the students from his undergraduate alma mater.

"For the last few years, I have been fortunate to have space to take on some summer students from Parkside at my lab in Toronto," Medin said. "They come into a very competitive environment. In fact, they are rubbing elbows with some of the best and brightest people from across Canada. But, you know what, they hold their own. The Parkside students hold their own intellectually, and they work hard. Makes me very proud to be a Parkside grad." 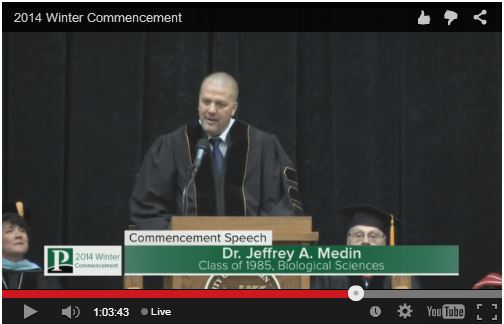 Chancellor Ford reminded the graduates that with the diploma comes responsibility.

"As you accept the university's recognition of your accomplishment, you are also accepting the responsibility to carry the great legacy of UW-Parkside forward and contribute to the betterment of our society," Ford said. "As you move into the next chapters of your lives, society will require you to be innovators and creators."

Ford also provided a little background information on whether this is the 30th Parkside winter commencement or the 31st? The first winter ceremony was in January 1971, with additional January ceremonies in 1972 and '73. In 1974, '75, '76, and '77, the university switched to December ceremonies.

Then, in fall 1978 it was announced that all winter graduates could march in the spring ceremony and there would be no winter ceremony. A protest ensued and a small reception was held for 120 grads in December 1978.

Winter commencements were not held again until December 1992, and have been conducted ever since. Thus, the 2014 UW-Parkside Winter Commencement was the 30th or the 31st, if you count the 1978 reception.

Ford left the 2014 winter class with an important request: Never stop learning. "When you leave this building today and pursue graduate school or a professional career, your ability to stay up to date with the latest technology, the latest innovations, the latest way of solving challenges will be the deciding factor in your success," Ford said. "The great entrepreneurs, the great innovators, never stop learning. Likewise, you must continue your education, be open to learning, and embrace an ongoing educational journey."