If you would like to consider donating, 100% of your donation will support student scholarships!

SPEAKERS FROM OUR 2022 EVENT

Science: The Career of My Dreams

Dr. Pirooz Mohazzabi has wanted to be a teacher since the age of 12. It all started with a dream where he discovered a star and heard the word "phosphorus".

Paul Mohazzabi received his BS degree in chemistry from overseas in 1969, and MS and PhD degrees in Materials Science and Engineering from the University of California, Berkeley in 1972 and 1975, respectively. After receiving his PhD degree, he realized that his true passion was in physics and mathematics, and remained a physicist ever since.

After working at other institutions for 10 years, Paul joined the University of Wisconsin-Parkside in January of 1986 as an Assistant Professor of Physics. In 1988, he received tenure and in 1994 he was promoted to the rank of Full Professor.

Paul believes that research and teaching are closely connected, and many of his research articles are co-authored with his students.

At the University of Wisconsin-Parkside, Paul has received three Stella Gray Teaching Excellence Awards, two awards for Excellence in Research and Creative Activity, and a Faculty Distinguished Service Award.

Some of Paul’s former students have gone on to become educators themselves, as high-school teachers or professors at major universities. 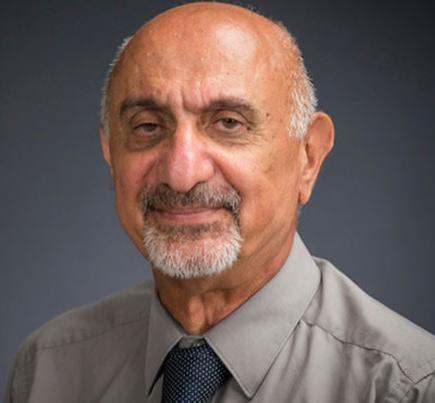 LIVING CELLS AS PHARMACEUTICALS: Harnessing the Power Within Our Bodies to Cure Disease

Dr. Jacques Galipeau, MD
Faculty member in the Division of Hematology, Oncology and Palliative Care within the Department of Medicine, Associate Dean for Therapeutics Discovery and Development at UWSMPH, Director of the University of Wisconsin-Madison Advanced Cell Therapy Program.

Dr. Galipeau is a faculty member in the Division of Hematology, Oncology and Palliative Care within the Department of Medicine. Before being appointed the Don and Marilyn Anderson Professor of Oncology within the Department of Medicine and UW Carbone Cancer Center, Dr. Galipeau was a Professor of Hematology and Oncology and Director of the Emory Personalized Immunotherapy Center at Emory University in Atlanta, Georgia. Dr. Galipeau is also the Associate Dean for Therapeutics Discovery and Development at UWSMPH and the director of the University of Wisconsin Advanced Cell Therapy Program. The mission of this program is to develop personalized cell therapies for immune and malignant disorders and to promote and deploy first-in-human clinical trials of UW-Madison cell therapy innovations to improve outcomes for children and adults. 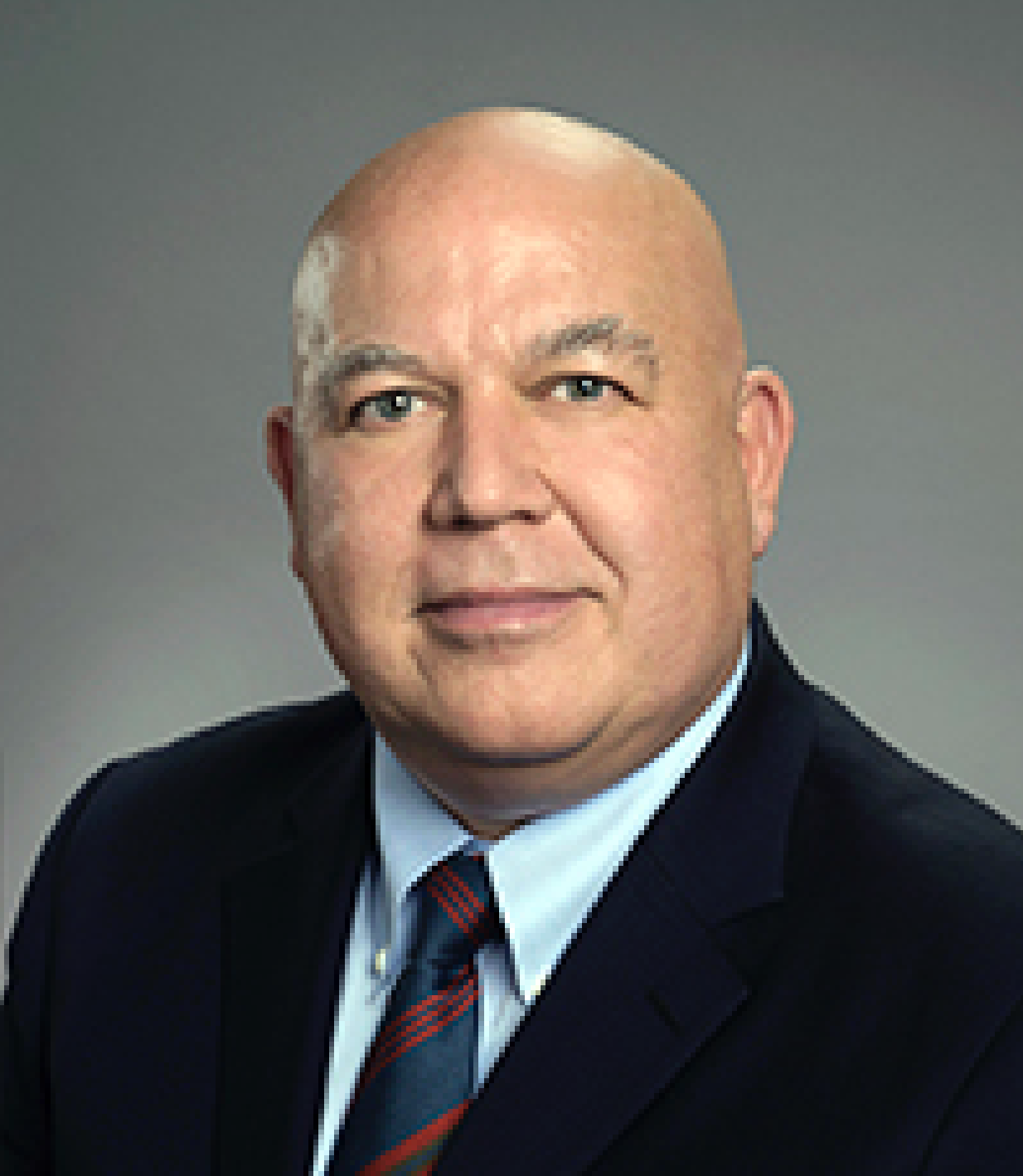 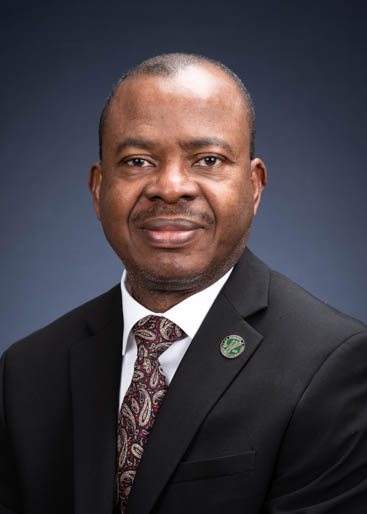 MESSAGE FROM THE DEAN

Welcome to this eighth Annual CNHS Alumni and Community Event.  As the COVID-19 pandemic is subsiding we continue to make cautious decisions to protect the health and safety of all students, staff, faculty, alumni and the public.  This year’s event is being offered in two formats, in-person and livestreamed.  I hope these formats afford you the opportunity to join us, as would be comfortable to you.  In the college, for Fall 2022 semester, we would return to pre-covid-19 instructional delivery modalities, as faculty and staff see beneficial for their course offerings. Ensuring the health and safety of faculty, staff and students continue to be paramount as we deliver our mission.This past academic year we proposed, guided through the governance process and was authorized by the University of Wisconsin System Board of Regents to implement a new master of science degree in Physician Assistant. In Fall 2023, we would be implementing a Radiologic Science concentration within the bachelor of science degree program in Applied Health Sciences.  In spring-summer 2025, the number of master of science

degree programs in CNHS will rise to eight, compared to just one in fall 2012 (+700%). Fall 2022 count of the number of graduate students in CNHS rose to 160, compared to 4-5 in fall 2012 (+3,100%). The Medical Laboratory Sciences concentration, within the Applied Health Sciences bachelor degree, started in the spring of 2019 received ‘Initial Accreditation by the National Accrediting Agency for Clinical Laboratory Sciences (NAACLS).  We continue to develop new programs that serve the region.

We are very proud of the accomplishments and contributions that our alumni add to our campus and in our communities. I hope this event will continue to be one of your many return visits – be it virtual or in-person. I am personally grateful to the CNHS Advisory Board, for their vision to gather alumni and the community to celebrate the many accomplishments in the college. I am equally grateful for their guidance and support of the college for the past nine years. I hope you will make out time to watch the highlight video on this events’ web page in its entirety.

Alumni, thank you for joining us more than fifty years ago or just last year. All of your interactions are priceless to current CNHS students, faculty, staff, the Advisory Board, and the University of Wisconsin-Parkside. 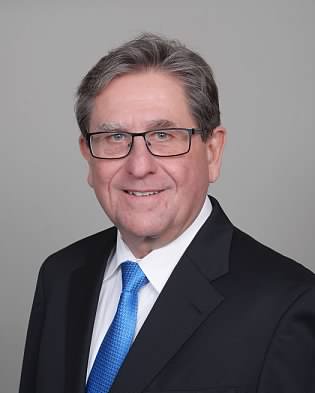 Welcome to our 2022 CNHS Community Event!

This is the Eighth Annual Alumni and Community Event.  Once again, with considerable pride, we can get together at this year’s event to share the many accomplishments of our university.

With about 60 majors, minors, concentrations and certificates, the College of Natural and Health Sciences provides our students a strong academic foundation for meeting the highest scientific and technological challenges.  All of Parkside’s stakeholders benefit from the school’s emphasis on experiential learning in many programs.  Our stakeholders include students, alumni, faculty, staff and the business community here in Southeast Wisconsin.

Please be sure to enjoy all aspects of today’s schedule of events. Through hybrid participation - we all intend to enjoy today’s social and networking opportunities with fellow students, alumni, faculty, staff and friends of the university.

Please join us for our fascinating and timely presentations from our speakers. Dr. Galipeau is a leader in the health care industry and immunology field and Dr. Mohazzabi is a tenured Professor of Mathematics and Physics at UW-Parkside - he just published his 100th paper!

Despite the challenges of the pandemic, UW-Parkside and our students have accomplished a great deal. Our university has graduated the largest class of students in May 2021. Most notably, over one third (38.8%) of UWP’s graduating class earned degrees from the College of Natural and Health Sciences.

We all should be very proud of our accomplishments at the University of Wisconsin – Parkside. Let us all enjoy a great day together!

A special thanks to our hosts, the CNHS Advisory Board, who is delighted to create an event where all engage in conversations about experiences at Parkside, and after. The memories and experiences shared are always a reason to celebrate. 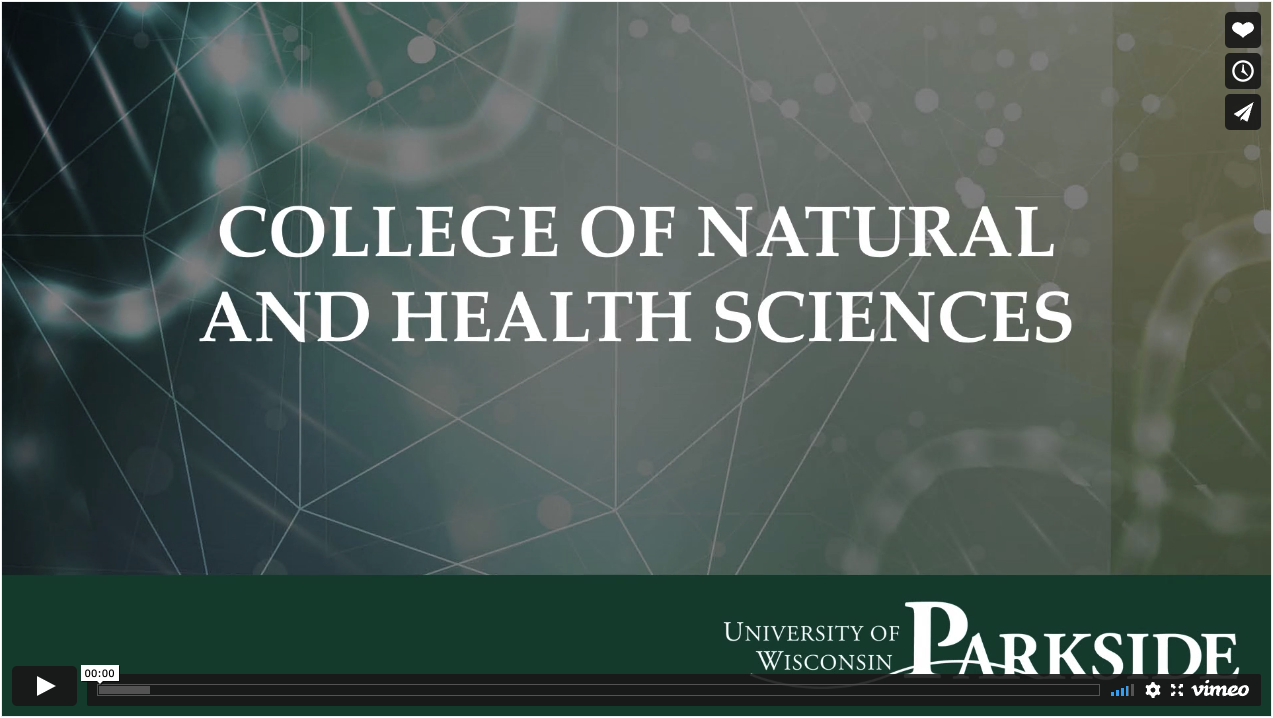 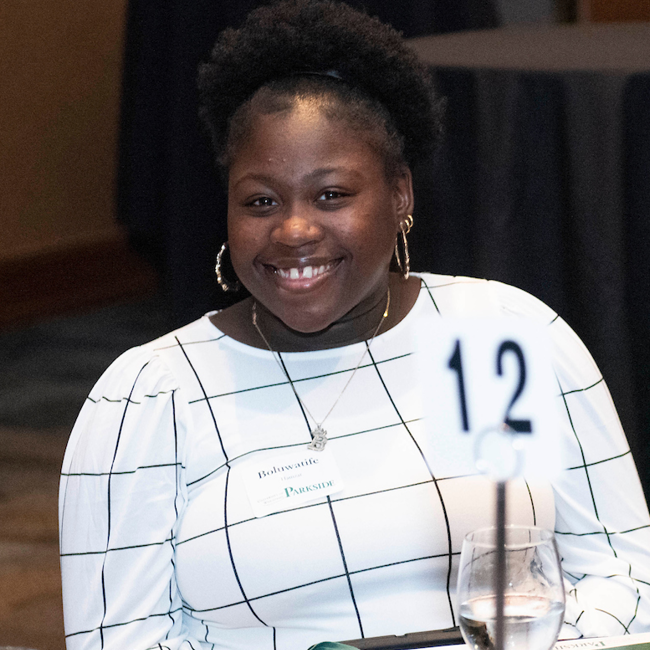 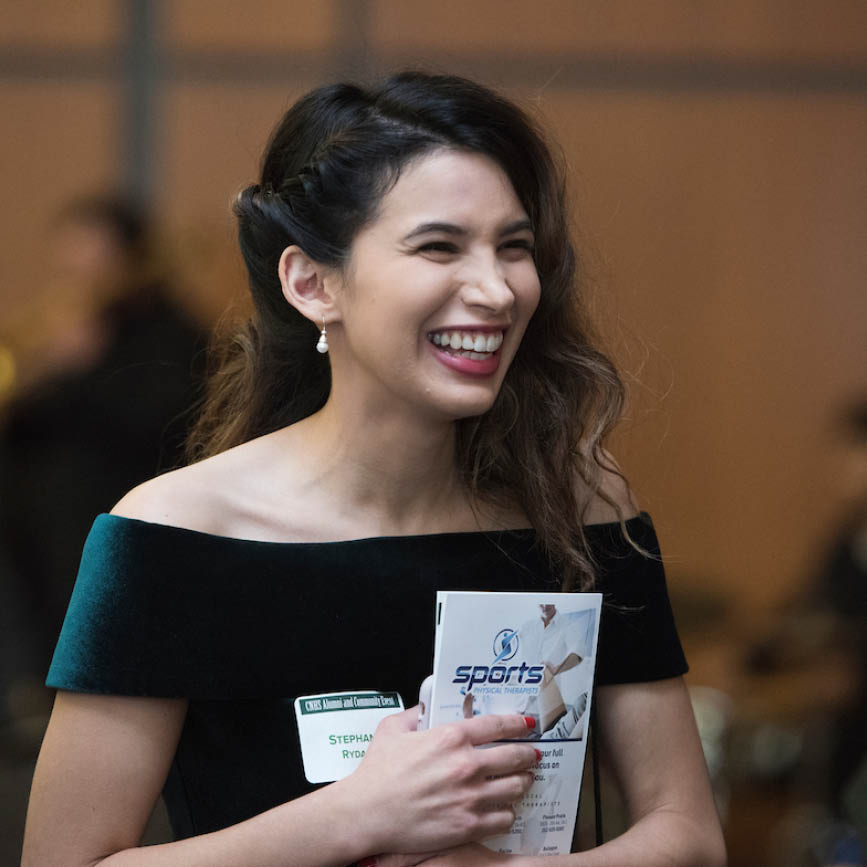 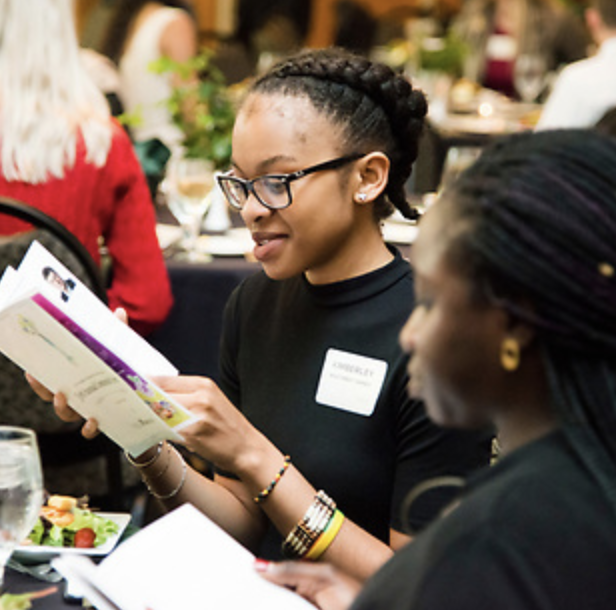 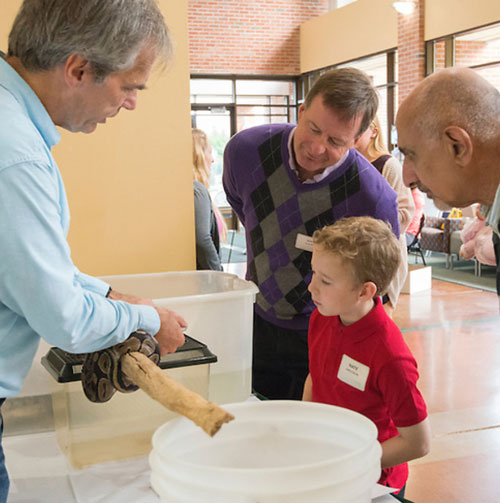 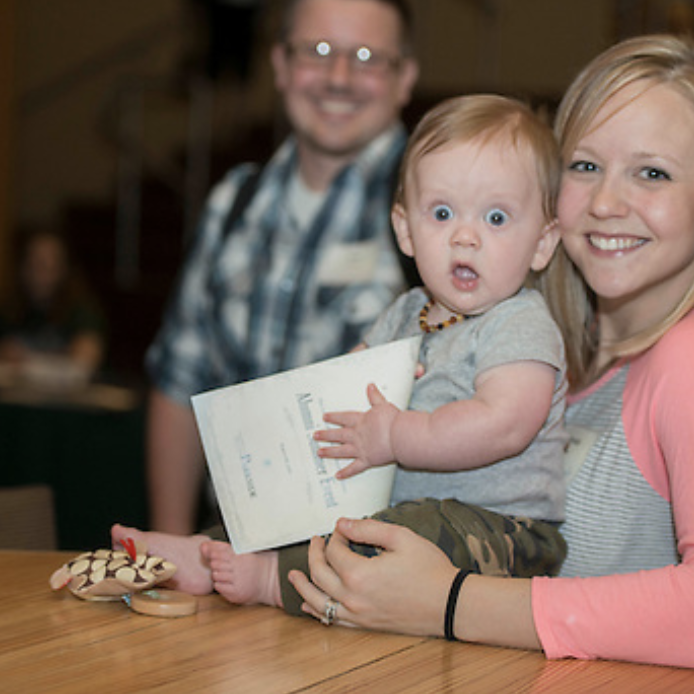