After completing her Bachelor of Arts (BA) in history and English in 1986 at the University of Wisconsin-Parkside, Elizabeth (Beth) Krimmel was awarded a paid Graduate Assistantship at Wright State University in Ohio receiving a master’s degree in history in 1989 with an emphasis on archives and historical administration (now known as public history).  In 1990 Beth and her family moved to Boston, Massachusetts where an interesting and rewarding career in history began.

At the Massachusetts Historical Society (MHS) from 1992-2005, one of the premier manuscript repositories in the United States, as an archivist Beth, authored scholarly research guides for Colonial manuscript collections. Collections at the MHS included important papers from, for example, George Washington, Thomas Jefferson, Abigail Adams, and Paul Revere. As Director of External Affairs and Membership, Beth used her knowledge and skills to reach new audiences, helping to expand education programs and cultivated support from members of the MHS. While working with the members she planned and coordinated visits by George Bush, 41st President of the U.S.; as well as lectures and book signings by David McCullough, Joseph Ellis, Pauline Maier, and Nathaniel Philbrick. Trips with the well-known historian, David McCullough, were conceptualized and managed to Monticello, Philadelphia, and the Panama Canal for the members of the MHS. While on leave from the MHS, for a six-month period, she served as Executive Director of The Old North Foundation in Boston. At that time, 500,000 visited the Old North Church on an annual basis.

While at the Wellesley Historical Society (2005-2012) in Wellesley, Massachusetts, Beth implemented financial and database systems, initiated an archives program using graduate school students, stabilized the environment for the costume and textile collection, and developed a manual of collection procedures. This document became a model for other local societies and small museums. She also sparked an idea and developed a store known as the Tollhouse Shop. The shop has proved to be very successful and has produced a steady stream of income for the past 15 years.

Beth also applied her talents to the communities in which she lived.  As a member of the Millis Historical Commission, she led the successful applications to the National Register of Historic Places for Prospect Hill Cemetery, Ellice School and Oak Grove Farm and established an archive in the Town of Millis by successfully writing a grant for the Millis Archival Records (1698-1995). As an elected Millis Public Library Trustee from 2002-2014, she helped to secure for the Town (awarded in 2005) a $2.78 million construction grant from the Massachusetts Board of Library Commissioners. The new building, $7.78m total building cost, was completed in 2013.   While in Massachusetts Beth co-authored a book on Millis.

Since returning to Wisconsin, she has become involved in her Cedarburg community by being appointed to Landmarks Commission. The Landmarks Commission focuses on the historic heritage of the Town, its’ landmarks, and landmark sites. In January 2022, offering her knowledge, Beth completed a five-month interim director position at the Cedarburg Art Museum until a permanent director was hired.

In appreciation for the guidance and education received at UW-P, Beth, along with her husband, Tom Krimmel ’72, spearheaded the establishment of a scholarship to honor Professor John Buenker (d. April 2020) in his name benefiting the students of history at the University of Wisconsin Parkside. Donations to this scholarship can be reached through the following link: Professor John Buenker History Scholarship. 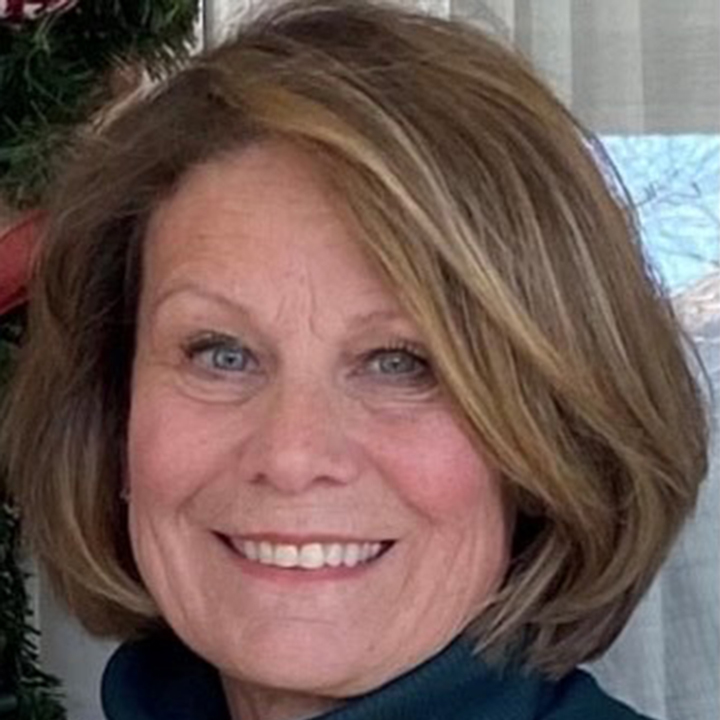 To further my academic goals.

I was a non-traditional student balancing family, work, and school. My husband and I attended UW-Parkside sponsored events and sport matches, mostly basketball and soccer.

After completing my degree at Parkside, I relocated with my family to Ohio. I earned my Master of Arts (MA) in History at Wright State University, with an emphasis on archival and historical administration (now known as Public History). Professor Buenker was instrumental in helping me secure a paid Graduate Assistant position at Wright State University. The position paid full tuition and the cost of required books.

I was able to add to historical research by writing scholarly research guides for Colonial manuscript collections at one of the premier manuscript repositories in the United States.  Later, at the Massachusetts Historical Society, I planned and executed public programs with featured speakers such as President George H.W. Bush, and historians David McCullough, Joseph Ellis, Pauline Maier, David Hackett Fisher and Nathaniel Philbrick. With David McCullough, I developed, planned and coordinated historical society member trips with Mr. McCullough to Monticello, Philadelphia, and a cruise through the Panama Canal.

While serving as a member of the Millis Historical Commission, I helped establish an archive for the Town. Three historic districts were approved in Millis and one was accepted on the National Historic Register.  At the Wellesley Historical Society, we developed a collections policy. The resulting document became a model for other local societies and small museums.

As a student, it was the professors in the history department at Parkside; in particular, John Buenker, Oliver Hayward, Frank Egerton, Gerry Greenfield and Laura Gellott. These dedicated professionals treated students as individuals and truly worked with the students to obtain their academic goals.

Professionally, Dr. William Fowler, the former Director of the Massachusetts Historical Society, allowed me to expand my professional skills by encouraging me to develop new public programs and cultivating member support at the Society.

What are your favorite hobbies?

I am a silversmith and lapidarist.

At UW-Parkside, the classes are small in size, allowing for individual attention from professors - take advantage of the one-on-one time.