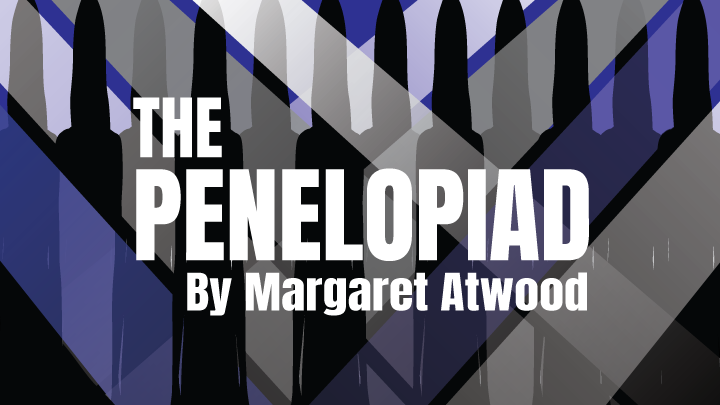 The Penelopiad
By Margaret Atwood
Directed by Fabrice Conte-Williamson

Ancient epic turned novella turned play, Margaret Atwood’s The Penelopiad recounts Homer’s Greek poem from the perspective of Odysseus’s wife, Penelope. The curtain rises on the ashen depths of Hades where the spectre of Penelope is adrift in the afterlife. Addressing the audience directly, Penelope tells us the story of her life. She recounts her fraught relationship with her parents and her jealousy over her cousin Helen’s acclaimed beauty. She shows how Odysseus wins her hand in marriage and tells us of the two sailing away to his home, Ithaca. Soon after the birth of their son, Telemachus, Odysseus is summoned to Troy to fight for the Greeks in the Trojan war.