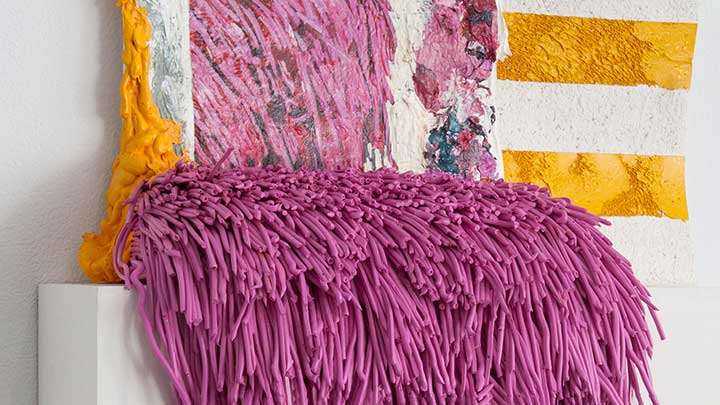 NOTE: This event is postponed. A new date will be announced when available.

Ryan Peter Miller is a bipedal hominid from the late 20th century. He is a conceptual painter based out of Chicago, IL, and Assistant Professor of Art and the H.F. Johnson Gallery Director at Carthage College.  He earned a BFA thingy from that one place and an MFA doohickey from another (University of Georgia and Arizona State University, respectively). His voluminous sculptural paint forms negotiate the legacy of traditional painting, and have been featured in solo exhibitions at Purdue University, Phoenix, AZ’s Eye Lounge, and the University of Wisconsin Fond du Lac. Miller has exhibited internationally in cities including Los Angeles, Berlin, and Beijing, and has shown regionally at Chicago Artists Coalition, MDW Fair, Art Expo, and a collaborative performance at the MCA. He has completed residencies at Free Arts Center, Wassaic Artists’ Residency, and Vermont Studio Center, and was selected as a sponsored artist for Chicago’s High Concept Labs. Most recently, he completed an artist biography, written in the third person.

Presented as part of Together Again: Racine Kenosha