Published: December 17, 2015
In August of 2015, University of Wisconsin-Parkside Assistant Professor of Geosciences Dr. Rachel Headley and senior geosciences major Scott Borchardt traveled to Denali National Park in Alaska to study Muldrow Glacier deposits. The Muldrow Glacier is one of the many glaciers that come down from the slopes of Denali, the highest mountain in the United States.

As the Muldrow Glacier descends out of the mountain, it curves north and forms its terminal moraines and till plain, culminating in the headwaters of the McKinley River. Some of these moraines are close to 30,000 years old while others are still being deposited. The moraines are popular research subjects due to their distinct geology, known history of the glacier and its deposits, and the easy accessibility through Denali National Park. Those elements make the moraines perfect natural laboratories to explore the effect of the changing climate on the erosional and depositional patterns of glaciers.

The initial collection and sampling strategy was to work across the width of the moraines and also sample profiles cutting across the deposits, each corresponding to different major glacier excursions and climate events. The idea was to track where material came from and from what rock it is composed. In addition, the effect of the changing climate and general warming trend during its history should be revealed in the moraines. Colder glaciers will only erode and transport sediment at low elevations, while warm glaciers may do so at higher, colder elevations.

However, traveling over tundra without trails and with temperatures almost 20°F above the seasonal average -- resulting in enhanced melting of snow fields and glaciers which then caused significant river flooding -- the sampling strategy had to be altered.

For five nights, Dr. Headley and Borchardt stayed at Wonder Lake campground where they then took park buses back and forth to the glacier moraines. During these trips, they collected samples from the moraines in the McKinley River Valley. They then spent two nights in the backcountry with a Denali geology intern. From that location, they were close enough to hike onto and collect samples from the glacier.

Borchardt, along with two other UW-Parkside geosciences students are currently analyzing the samples. Dr. Headley says that initial analysis indicates a definite variation. The analysis will continue into the spring semester with a team of geoscience students. 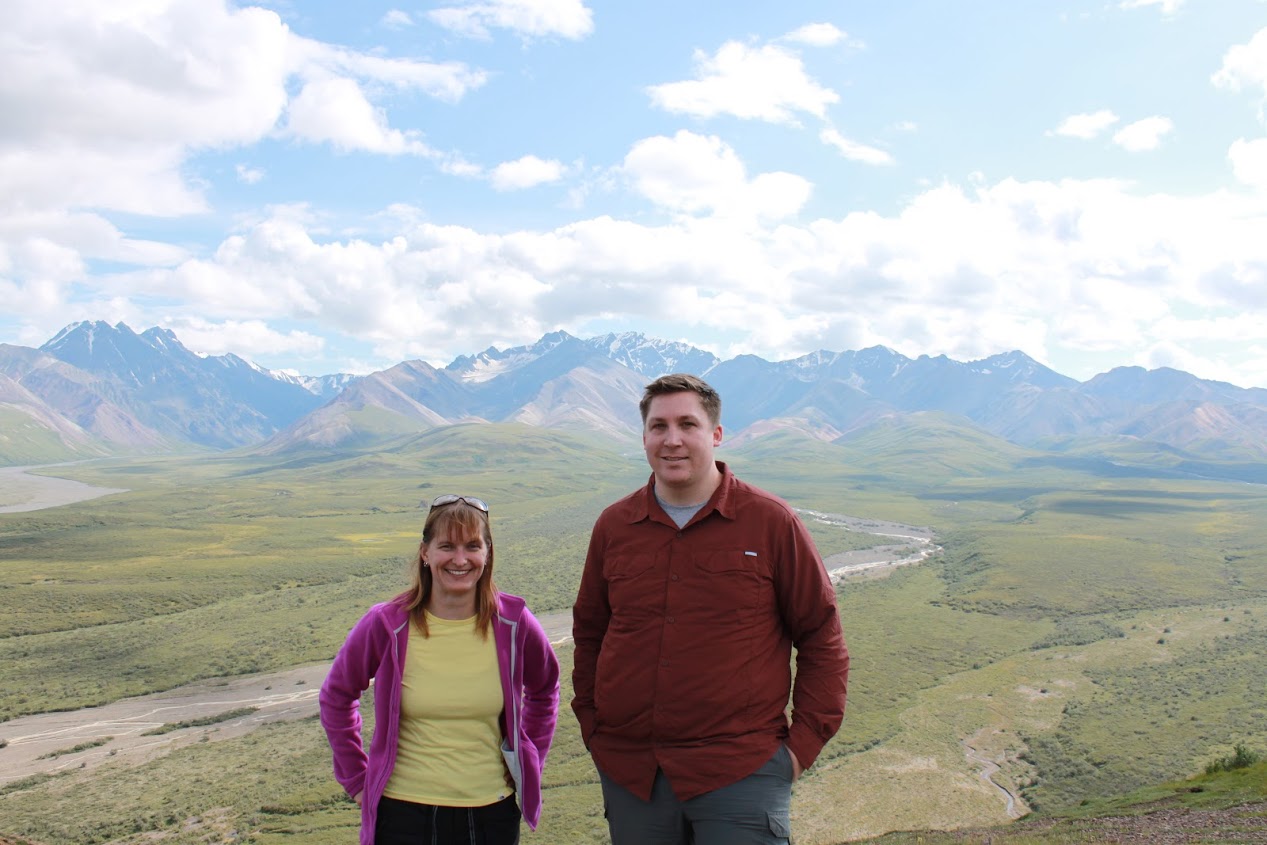