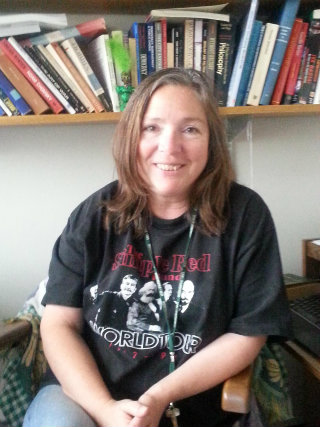 Are you a fan of Doctor Who, Star Trek, and other science fiction universes? Are you looking for an Upper Division class?

Peggy James, Associate Professor of Political Science, is teaching Politics in Science Fiction this coming spring. In the past, James has used Fahrenheit 451, The Hunger Games, episodes from Doctor Who, and other science fiction works to explore current and political social issues. A big fan of science fiction herself, James likes to use alternate universes as a way to see problems or challenges in society with more clarity.

Peggy James is a 2013 UW-Systems Regency Teaching award recipient, an award that is only given out to two professors in the entire UW-System each year. She encourages anyone interested to take this class, even those new to science fiction, because of all the interesting films, episodes, and texts assigned though the course of the semester.

Students interested in taking her class should contact her at james@uwp.edu.
Scroll to top
Who Are You?