A Day in the Life of a Producer: Jose Castillo

UW-Parkside alumnus Jose Castillo was born and raised on the south side of Milwaukee and always dreamed of making it to the NBA. After graduating from UW-Parkside in 2012 with a degree in Digital Arts and a concentration in 3D Animation and Film Studies, and getting some other experience under his belt, Castillo did it: he made his dream come true, though perhaps not in the way he originally envisioned. Castillo now works as a video producer for the Milwaukee Bucks.

Castillo admits that his original dream of joining the NBA had “pretty much faded after high school.” But when he started at UW-Parkside, he discovered his passion for animation, storytelling, and film. After graduating, he had first worked as a 3D Animator at a small studio for a few years. That experience left an impact on Castillo. “My passion for video production grew and I later left that job to pursue freelance video work. My portfolio eventually grew and I applied for an open video producer with the Bucks. After a long series of interviews, I was lucky enough to be offered the position,” said Castillo, enthusiastically. 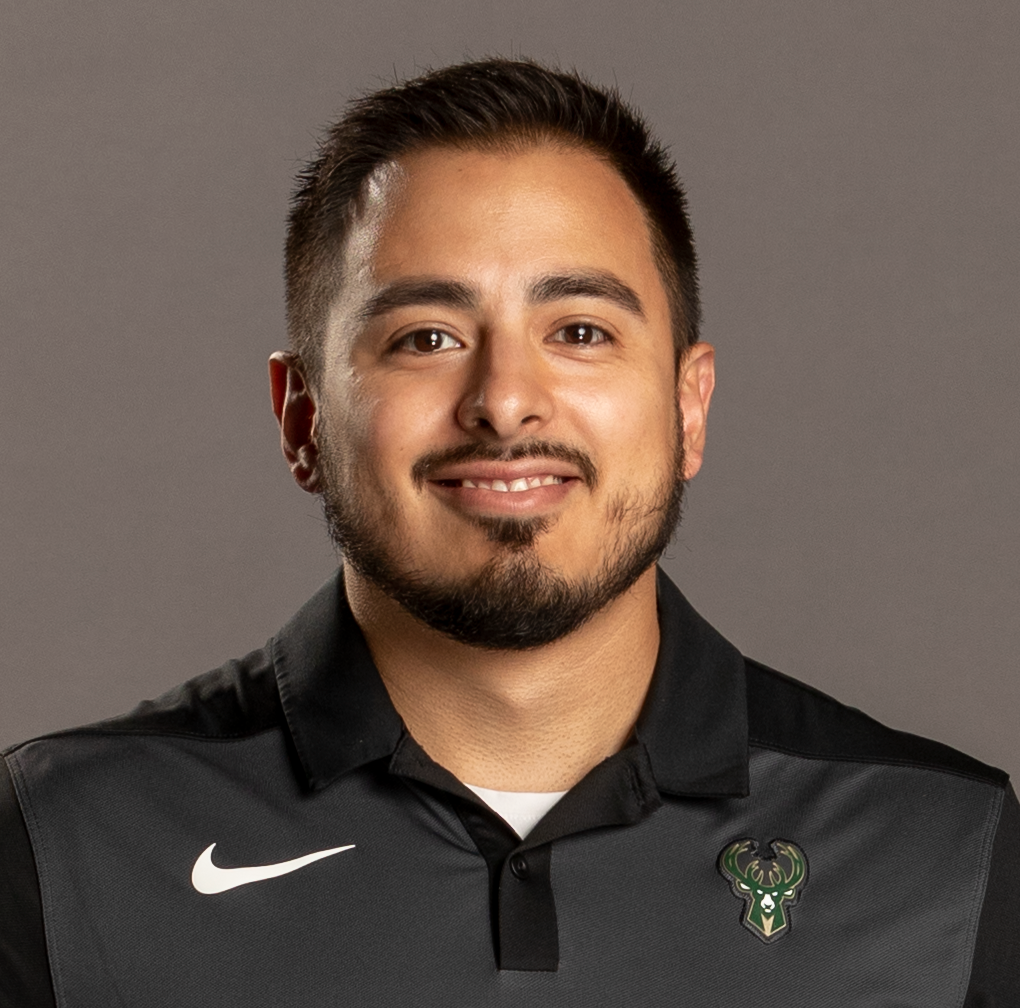 Castillo credits his professors with inspiring him and helping him pursue a passion for film. Castillo was particularly grateful for the guidance he received from Art Department Professor Lisa Marie Barber and Associate Professor Trenton Baylor, as well as English Department Professor and film aficionado Jimmy “Jay” McRoy.

“Trenton always made time for me when I needed advice regarding my animation and video internships during my career at Parkside. During my senior year, Lisa offered great advice on what to expect as an artist in the professional world. And Jay’s Film Study classes were both entertaining and very insightful on both the theory of film and story. He was an incredible motivator and made me believe that I had what it took to be a storytelling and filmmaker,” said Castillo.

Castillo is excited for what the future holds now that he’s landed his dream position, not just because he’s in an environment he’s familiar with and fond of, but also because he gets to engage with his passion. “Getting this position means a lot to me. It means I can not only stay in my hometown of Milwaukee, but also work for an organization that creates positive change through the city and state. I never knew my dream of making it to the NBA would be realized through my passion and love for video production and storytelling,” added Castillo.

“I would love to win an NBA Championship with the Bucks,” added Castillo. During his three seasons with the team so far, he has seen the team’s progress in the playoffs and the building of the Fiserv Forum. “Winning it all would be monumental for the City of Milwaukee and the State of Wisconsin.”

Castillo has other goals for his video work as well, however. “I would like to win an Emmy for the documentary work I have filmed for the Bucks. I filmed and edited a mini documentary for the Milwaukee Bucks’ visit to the Racine Correctional Institute. I have also filmed and edited the Bucks Undivided March, a protest for social justice. I plan on submitted both pieces to the Midwest Emmys. Fingers crossed.”

A Day in the Life of a Producer

Lesley Heins-Walker
Dean of the College of Arts & Humanities
University of Wisconsin-Parkside
lwalker@uwp.edu | 262-595-2349

Art English English, Film and Cultural Studies Graphic Design
Who Are You?